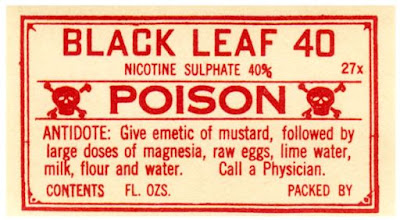 "...Kenneth Woodlin, Wal-Mart’s vice president for compliance, safety and asset protection,...sent more than 2 million pounds of pesticides to a Neosho, Mo., contractor, knowing the material would be distributed without proper registration or labels."

"The day’s admissions cost the company about $81.6 million in fines and penalties, an amount that the company said would “not be material to its financial position.”

Retailer Wal-Mart resolved years of hazardous-waste complaints Tuesday with criminal guilty pleas in Missouri and California and the settlement of a civil lawsuit filed by federal environmental authorities.

The day’s admissions cost the company about $81.6 million in fines and penalties, an amount that the company said would “not be material to its financial position.” When combined with previous penalties and settlements from state actions in California and Missouri, the price of the company’s environmental missteps was more than $110 million.

In Kansas City, Kenneth Woodlin, Wal-Mart’s vice president for compliance, safety and asset protection, appeared in federal court to admit that the company had sent more than 2 million pounds of pesticides to a Neosho, Mo., contractor, knowing the material would be distributed without proper registration or labels.

Kansas City criminal defense attorney James L. Eisenbrandt, who represented Wal-Mart, said the company moved quickly to address the problems after it learned about them in 2008, including paying $3.4 million in cleanup costs in Neosho.

“One of the things I’ve learned about this client is once they are mobilized to take on a problem, they act and they act appropriately,” Eisenbrandt said.

“This tough financial penalty holds Wal-Mart accountable for its reckless and illegal business practices that threatened both the public and the environment,” Dickinson said in a written statement.

Wal-Mart pleaded guilty in Kansas City to a misdemeanor violation of the federal Insecticide, Fungicide and Rodenticide Act and agreed to pay an $11 million criminal fine and contribute $3 million to a Missouri fund that pays for environmental education and inspections.

A company statement noted that the issues “took place years ago.” Phyllis Harris, senior vice president and chief compliance officer, said in the statement that Wal-Mart was “pleased that this resolves all of these issues raised by the government.”

The company had made good progress, she said.

Between July 2006 and February 2008, Wal-Mart shipped pesticides that had been damaged or returned by customers to Greenleaf LLC in Neosho.

Greenleaf then sold the pesticides and rat-killing products after removing or defacing the package labeling, a violation of federal environmental law.

In its plea, Wal-Mart agreed that it did not provide “proper oversight of the regulated pesticides sent to Greenleaf.”

“Greenleaf would collect some of the solid pesticides received from Wal-Mart and mix them together in large bins,” according to the statement of facts in the plea agreement. “This mixture of pesticides was offered for sale to customers in containers that were not labeled with the required registration, ingredients or use information for the pesticides.”

The case opened when the Missouri Department of Agriculture inspected the Neosho facility in early 2008 and discovered that the company was selling or distributing 59 unregistered pesticides, according to Environmental Protection Agency records.

Greenleaf soon shut down its business operations in Neosho and Pineville, Mo., the EPA reported.

Wal-Mart also paid a $1.25 million settlement to the state of Missouri in March 2012 for alleged violations of the state’s Hazardous Waste Management Law.

In California, Wal-Mart pleaded guilty Tuesday to six counts of violating the Clean Water Act in both the northern and central federal court districts in that state.

Prosecutors said in court documents filed in San Francisco that until January 2006 the company had no program to train store employees on hazardous waste management and disposal practices.

“As a result, hazardous wastes were either discarded improperly at the store level, including being put into municipal trash bins, or, if a liquid, poured into the local sewer system,” according to a Department of Justice statement.

As part of its California plea agreement, the firm agreed to pay a $40 million criminal fine and a $20 million penalty that will fund community service projects.

The company also agreed to pay a $7.6 million civil penalty to settle a civil lawsuit filed by the EPA, requiring Wal-Mart to improve its handling and transportation of pesticides, hazardous materials and wastes.
Posted by Mercury at 11:47 AM