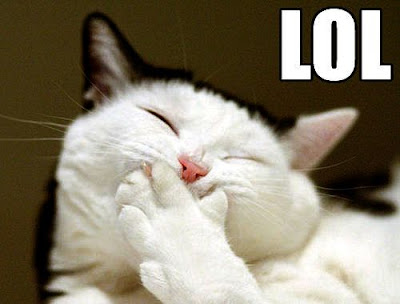 "Is internet English debasing the language? Not IMHO"

Some of the prose on the web is dreadful, but some is as good as anything on paper

The internet might be a historic boon for kitten-fanciers and steaming-eared trolls, but it's not all good news. Online writing, you see, is destroying the purity of English as we know it and threatening to dumb us all down into a herd of screen-jabbing illiterates. Or so runs one regular technophobic complaint, the latest version of which has been offered by Robert McCrum. He is worried about what he describes as "the abuse and impoverishment of English online (notably, in blogs and emails)" and what he perceives as "the overall crassness of English prose in the age of global communications". The remedy, as so often for such linguo-pessimists, is George Orwell's essay "Politics and the English Language", about whose loopy prescriptions I have previously recorded my own reservations.

But is it really true that English is being abused and impoverished in "blogs and emails"? I suppose it depends what kind of blogs one reads – the New Yorker's Page Turner blog or Crooked Timber seem pretty well-written to me – and what kind of email correspondents one is blessed with (a lot of mine, I'm happy to say, are rather excellent stylists). As for the "overall crassness" of internet prose, there is an increasing amount of very fine essay-writing going on for online-only publications such as Aeon magazine and Matter. McCrum laments "the violence the internet does to the English language", though from my point of view, here in front of my laptop, the internet seems rather faithfully to transmit whatever I type to the eyes of waiting readers without doing violence to it at all. If there's anything wrong with the result, it's my fault, not the internet's.

Of course there's a lot of bad writing on the web, but there's a lot of very good writing too. There's just more writing at all levels of quality. McCrum offers no evidence that the bad is a greater proportion of the whole than it ever was. Arguably, thanks to internetworked electronic communications, people are writing more than ever before in history. This does not by itself seem adequate cause for dejection among the literati.

Moreover, against the claim that the internet is impoverishing our language must be set the truth that it is (somehow simultaneously) expanding it with new and entertaining means of expression. Take, for instance, the very useful ejaculation "facepalm". This splendidly economical way of indicating ironic despair — sometimes accompanied by an image of Captain Jean-Luc Picard covering his face with his hand — is just one of the useful lexical innovations the internet offers to those who actually read it. As Tom Chatfield's recent book on the subject, Netymology, explains: "When I type out the word 'facepalm', nobody actually thinks that I'm dropping my own head into my hand (even though I may be doing so). The agreed convention, rather, is that typing this neatly compressed term is an efficiently vivid way of suggesting – through a word – that I consider myself lost for words."

The same kind of enjoyable perfomativity attends a semantic cousin of "facepalm" that Chatfield doesn't mention, and which is slightly more violent in its ironic despondency – "headdesk". One should be careful to distinguish between the two usages. "Headdesk" seems to imply that one is so appalled by the stimulus in question that one is prepared to cause oneself physical pain as a welcome distraction. But just covering one's eyes with one's hand seems gentler, sadder, perhaps even a little sympathetic. So the next time we read a detail-free moan about how the internet is ruining our language, I think the right response, all things considered, is a rousing chorus of "FACEPALM".
Posted by Mercury at 1:46 PM

Email ThisBlogThis!Share to TwitterShare to FacebookShare to Pinterest
Labels: Internet and the English language