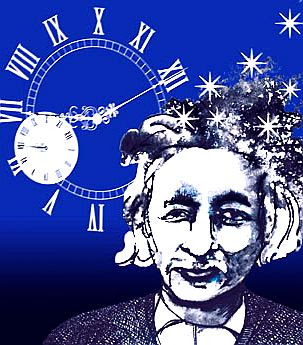 "...this book goes well beyond the scope of physics. Each new concept of time raises new questions in the realms of psychology, ethics, and metaphysics."

Although Albert Einstein’s ideas ultimately changed the course of physics, very few of his colleagues foresaw his great success when he was working as a patent examiner in the early 1900s. Nonetheless, he wrote much of his groundbreaking papers during this time and emerged as a leading scientist shortly thereafter.

Inspired by these humble beginnings, author and physicist Alan Lightman imagined what ideas may have been bouncing around the physicist’s head as he formed his theory of special relatively. In 1993, Lightman put his ideas into words with his critically-acclaimed book: Einstein’s Dreams. In the book, a fictional Einstein dreams of a new conception of time in every new chapter, sometimes incorporating the actual consequences of special relativity.

But this book goes well beyond the scope of physics. Each new concept of time raises new questions in the realms of psychology, ethics, and metaphysics.

For example, one chapter explores how people’s behavior might change if time moved increasingly slower at higher altitudes. In Lightman’s imagining, people would live exclusively atop mountain peaks on precariously built stilts. Eventually the higher, slow-motion residents start snubbing their elevation-challenged peers, but some develop an insatiable compulsion to live at the highest point possible.

Meanwhile, others take a more down-to-earth view. Instead of chasing heights, those who remain on the surface seem content to live shorter — albeit more relaxed — lives.

Each chapter presents new puzzles and challenges. What if time were circular and repeating? What if time increasingly slowed down until it stopped at certain geographic locations? What if the relative “speed” of time changed for different cities? What if cause and effect had temporal link, and effects sometimes came days or months before the actual cause?

Many of the chapters are mind-boggling, yet all of them are insightful. At times, the constant jump from one conception of time to another may seem jarring, but Lightman’s consistent setting and style make the journey seem oddly smooth.

The conceptions of time aren’t always far-fetched, however; in fact, a few chapters flirt with the actual theories of time found in special relativity.

One such chapter depicts a world where time slows down when people move faster. Consequently, everyone’s in a constant rush: office buildings run on wheels; housing prices are determined by how fast they travel; and people never seem to unwind. This time dilation is relative, however. Some of the characters argue that the clock tower in the city square represents the “true” passage of time — an absolute time. But even the clock tower remains in motion relative to the buzzing inhabitants.

Although time does slow down for objects moving near the speed of light, the effect wouldn’t be noticeable at the speeds mentioned in the book.

Constantly jumping from one conception of time to another may turn off some readers. As I was reading the book on a plane ride, the woman next to me recalled that the book was “strange” when she read it years ago. I think this favors the book; it definitely has a strangeness worth diving into.

If you let it, Einstein’s Dreams will have you pondering its contents well after you’ve put it down. At minimum, it’s a poetic primer on the very basis of special relativity. On a deeper level, there’s a great deal to take from this book.

When re-reading certain chapters, I find myself wondering what I would do if I were dropped into one of Lightman’s strange worlds. Would I embrace the time-slowing rat race, or would I linger, ironically, as time moved more quickly? Would I want to live a singular happy moment, or would I rather live through all of life’s ups and downs?

Lightman’s prose doesn’t have all of the answers, but he expertly prods you to consider these sorts of questions. Lightman’s descriptions bring life to seemingly mundane situations — even the quiet work of a scientist in a patent office. Be sure to check it out if you haven't already. 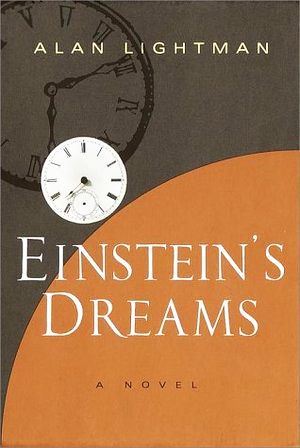 Few endeavors are more beguiling than a grossly improbable conceit realized with subtlety and wit. Science writer Lightman ( A Modern Day Yankee in a Connecticut Court ) seems to have mastered this principle: his slender but substantial fictional debut is a daring re-creation of Einstein's dreams during May and June 1905, when the Swiss patent clerk was putting the final touches on his special theory of relativity. Each dream embodies "one of the many possible natures of time." In one world time proceeds in circles; in another its rate varies with location. In a third, time reverses unexpectedly; in a fourth, it stutters and skips. Each variation spawns its own weird psychology, yet magically, touchingly, each also echoes patterns of events that take place in supposedly ordinary time. Lightman's speculative prose poem warrants comparison to Calvino's masterful Invisible Cities . Its one disappointment is a scanty view of Einstein, whom we glimpse only in the waking interludes which periodically break the progression of dream-worlds. The great scientist broods in the hazy distance, indifferent as the Alps above this chronometric carnival. First serial to Granta, Harper's and the Sciences.
Posted by Mercury at 10:26 AM