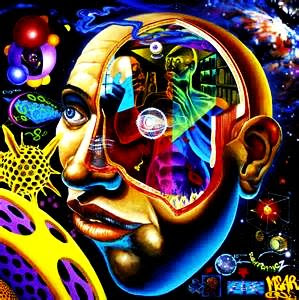 Now we are entering the realm of philosophy and metaphysics.


"Will we ever… know what happened before the Big Bang?"

If you think theories about the universe are mind-bending, rest assured that many scientists feel the same way. But the question isn't a philosophical one: it has potentially real, testable aspects.

In many ways, it's strange to us humans that the Universe should be the age it is. The Universe – by definition, everything that physically exists – should either be infinite in age, or somehow tied to the lifespan of the human species, as it does in many mythologies. However, thanks to studies on the rate the Universe is expanding, and applying this knowledge in reverse, we know its age. Roughly 13.8 billion years ago, all we can observe on Earth, in our solar system, other galaxies and everything in between expanded out rapidly from an initial point much smaller than an atom, which we call the Big Bang.

The Big Bang model is our best explanation for why the cosmos appears as it does. Nevertheless, it's not able to answer some of the more challenging questions, including what – if anything – came before it? Despite how it might sound, this question isn't a philosophical one: it has potentially real, testable aspects. But to understand any of the possible answers, we must first understand the question itself.

First of all, the language we use to describe what we know and don’t know can sometimes be muddy. For instance, the Universe may be defined as all that exists in a physical sense, but we can only observe part of that. Nobody sensible thinks the observable Universe is all there is, though. Galaxies in every direction seem similar to each other; there's no evident special direction in space, meaning that the Universe doesn't have an edge (or a centre). In other words, if we were to instantaneously relocate to a galaxy far, far away, we'd see a cosmos very similar to the one we observe from Earth, and it would have an effective radius of 46 billion light-years. We can't see beyond that radius, wherever we're located.

For many reasons, cosmologists think the early Universe underwent inflation: an incredibly rapid expansion right after the Big Bang. As the Universe expanded, it also cooled, so in the distant past, it was hotter, more dense, and opaque to all forms of light. When the cosmos became transparent, about 380,000 years after the Big Bang, it left behind a bath of photons, detectable today as the Cosmic Microwave Background (CMB). As space observatories like COBE, WMAP and more recently Planck have shown, the CMB is remarkably smooth, but not quite uniform. Within this were tiny ripples that were stretched to enormous sizes during inflation, and in turn these became the seeds for large-scale objects like galaxies and galactic clusters we see today.

While inflation comes in many possible versions, the gist is that random fluctuations in temperature and density produced by the Big Bang were smoothed out by the rapid expansion, much like a wrinkly uninflated balloon grows into a smooth object when filled with air. Inflation happened so quickly that, in many versions, the Universe has disconnected regions – parallel universes – that might even have different sets of physical laws. Inflation would have produced a lot of gravitational waves – fluctuations in the structure of space and time – which in turn should leave their mark on the CMB. Gravitational waves in the very early Universe churned up space-time, creating an environment that twisted light emission.

However, none of this really tells us what, if anything, came before the Big Bang. In many models for inflation, as in some of the older Big Bang theories, this is the only Universe that exists – or at the very least, the only Universe we can observe.

A partial exception to this is a model known as eternal inflation. In this scheme, the observable Universe is part of a “pocket universe”, a bubble in a larger froth of inflation that is ongoing. In our particular bubble, inflation began and ended, but in other pocket universes – unconnected (“parallel”) and thereby unobservable to our pocket universe – inflation might have had different properties. Eternal inflation effectively emptied the regions outside of bubbles of all matter; these would have no stars, galaxies, or other familiar hallmarks.

If eternal inflation is correct, then the Big Bang is the origin of our pocket universe, but not the beginning of the whole Universe, which may have begun much earlier. The evidence for multiverses will be indirect at best, even with confirmation of inflation from Planck or other observations. In other words, eternal inflation could answer the question of what preceded the Big Bang, but still leave the question of ultimate origin out of reach.

Many cosmologists regard inflation as being the worst model we have, except for all the alternatives. Inflation's generic properties are pretty nice, thanks to its usefulness in solving difficult problems in cosmology, but the specifics are slippery. What caused inflation? How did it begin, and when did it end? If eternal inflation is correct, how many pocket universes could there be with similar properties to our own? Was there a Bigger Bang that started the multiverse going? Finally, since we're scientists and not philosophers, how can we tell all of these options apart: can we test them?

There is one possible alternative to inflation, which bypasses these questions and, along the way, resolves what came before the Big Bang. In Paul Steinhardt and Neil Turok’s cyclic universe model, the observable Universe resides in a higher-dimensional void. Coupled to our universe is a parallel shadow universe that we can’t directly observe, but is connected via gravity. The Big Bang was not the beginning, but a moment when the two “branes” (short for “membrane”) collided. The Universe in the cyclic model goes between periods when the branes are moving apart, accelerated expansion, and new Big Bangs when the branes re-collide. While each cycle would take about a trillion years to complete, the whole cosmos could be infinitely old, bypassing the philosophical problems with inflationary models.

The cyclic universe is not a popular model among working cosmologists, but at least it could be ruled out by experimental observations: if the gravitational-wave signature of inflation is found, then the cyclic model is dead. The cyclic model isn't complete: it doesn't explain how much dark energy there is in the Universe any more than standard cosmology does, for example. In other words, the cyclic model is not complete, so at present there's no physical evidence to distinguish it from inflationary models.

If you think all these options are fairly mind-bending, rest assured that professional scientists feel the same way. Since the observable Universe is currently accelerating with no sign of re-collapse even in the far future, why should there be a cosmos with a beginning but no similar ending? If inflation or the Big Bang erases information of what (if anything) came before, are we stuck debating over the number of angels dancing Gangnam Style on the head of a pin? Even if eternal inflation or the cyclic model is correct, it pushes the question of ultimate origin into the realm of untestability.

In another decade or century, the questions and the methods we use to answer these questions will most likely have evolved. But for now, it's unclear how we can possibly know what preceded the Big Bang.
Posted by Mercury at 8:18 AM

Email ThisBlogThis!Share to TwitterShare to FacebookShare to Pinterest
Labels: before the Bag Bang, metaphysics, philosophy