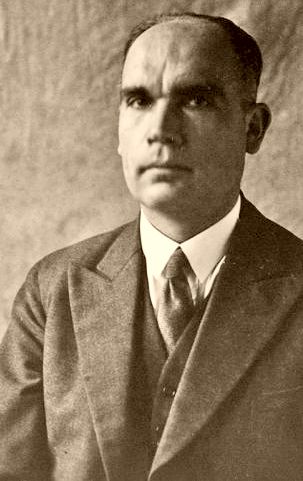 "The fraud who worked with Einstein"

Emil Rupp spent the late 1920s and early 1930s being lauded as the most impressive experimental physicist in the world. He managed to pull off experiments that no one else could. He worked with Einstein. And he'd made it all up.

His work focused on canal rays, which were produced in little glass tubes. On one side of a tube was an anode, a positively charged electrode. At the center of the tube was a cathode, a negatively charged electrode with little holes — sometimes called canals — drilled in it. Positive ions would shoot from the anode to the cathode, and some would shoot through the holes; these would continue into a vacuum on the far side of the tube, where they emitted enough light that they could be studied with the naked eye.

Rupp was one of the researchers studying these rays, particularly their interference patterns as they came through the canals and the coherence of the beams in the vacuum. He came up with some remarkable results. Basically, his observable phenomena, from interference patterns, to wave trains (a series of waves traveling in sync), to beam coherence were larger than anyone else had every observed. By studying them, he noticed that the rays underwent two different kinds of Doppler shift. One shift was due to the acceleration of the ion in the ray. The other was thermal Doppler shift, the shift that comes about from the random jiggling of the ion.

Everyone took note of Rupp's experiments and their strong, observable results. Even Einstein noticed, and the phenomenon that Rupp observed gave him an idea for an experiment. He wanted to know if waves emitted by atoms were emitted over time, or emitted instantaneously. The large coherence and the interference patterns for the canal ray beams given by Rupp gave him hope that he could set up experiments with observable results using hydrogen atoms. What Einstein didn't know was that Rupp only got such lovely results because he was making everything, from the experiments to the data, up as he went along.

Not everyone shared Einstein's confidence. Robert Atkinson noticed that Rupp's atoms in motion seemed more easily observable than atoms at rest. Thermal motion alone should make this impossible. A hydrogen atom at rest has thermal motion because it is bumped by other hydrogen atoms. Accelerate it incredibly fast in one direction and it should bump into even more atoms, be more jittery, and less observable. When Einstein inquired about this, Rupp said that Atkinson was right, but his experiment had compensated for that — although he hadn't mentioned the problem at all before Atkinson had brought it up.

What followed would have made a decent farce. Einstein noticed a flaw in Rupp's experiment and corrected for it. Reasoning that Rupp had already seen the flaw, corrected it, and forgotten to mention it, Einstein wrote to Rupp about the correction. Rupp said yes he had corrected it, and thanked Einstein for reminding him. Rupp started on the experiments and wrote to Einstein about his results. Einstein had a problem with the results. Rupp said he'd use a 'purer canal ray' and try again. Rupp wrote again with data, which Einstein analyzed and which seemed to agree with Einstein's predictions. Einstein noticed another problem with the experiment, and puzzled about why the data had come out right when the experiment was wrong. Rupp wrote back saying that, yes, it was all very puzzling.

At length, Rupp came up with an answer that seemed plausible to Einstein, and Einstein himself presented the work that they had done together. The connection launched Rupp's career. He was given what he wanted, and pursued any experiments he wanted to pursue (though he must have been relieved to have severed the connection with Einstein after their difficult collaboration), and published several more papers — until 1935.

In 1935, he went a bit too far. People were getting new and better results with canal rays, and so Rupp wrote that he'd managed to get beams of positrons accelerated in ways that no one ever had before. At last, the physics community in general turned its eyes to him and asked, "Oh yeah? With what?" Rupp had tripped himself up in the most obvious way possible — he didn't even have access to the equipment necessary to create such beams.

At last, people started combing back over his papers, finding flaws, omissions, and sometimes outright impossibilities. Knowing the game was up, Rupp published a retraction covering five recent papers that could absolutely be proved wrong. He included a doctor's note saying he suffered from psycasthenia, a state which gives people obsessive compulsions, and that he'd written the papers in a "dreamlike state." He withdrew from scientific life, and his work was quietly buried.

Einstein walked away from the mess relatively unscathed. His notes to and from Rupp survived, and it was clear he had mainly been guilty of giving Rupp the benefit of the doubt. That guilt was shared by most of the physics community by that time, and so the matter was left in the past. There's little to read about Rupp and his 10 years of fame nowadays. Although, if he were somehow able to write his biography, it would probably make for fascinating reading.

In the "impossible diamond" post, when I was talking about the impression given by C20th physicists had that fraud didn't happen in their profession, I forgot about Emil Rupp. Then again, almost everyone tends to forget about Emil Rupp.

Emil Rupp (1898-1979) studied under Nobel-prizewinning experimenter Philipp Lenard, and was considered by some to be one of the most exciting experimenters of his time. He did a series of experiments related to effects like electron diffraction that caught the imaginations of a number of key theoretical physicists, and his work was sometimes credited with being one of the most important influences on the development of quantum mechanics.

Rupp's work was central to some key questions in quantum mechanics. What is reality? is light really a wave or a particle? Is it emitted continuously or instantaneously? Can a state that is said not to exist still influence the outcome of an experiment?

Ironically, it then turned out that Rupp's own experiments, which had been so influential, didn't seem to have existed either. The thing supposedly came to light when some of his colleagues visited the lab where Rupp was working and confronted Rupp – he'd been describing experiments with 500kV electrons, but wasn't in possession of an accelerator that went up to 500kV. He'd been making up his experimental results.

Why did Rupp do it? Well, like Bernie Madhoff, for a while he was getting away with it, and was having a very, very good time. He was identifying problems that the physics community wanted solving, and solving them (albeit with fake experimental writeups). He was an enabler, and people (other than the fellow experimenters that he kept leapfrogging) liked him for it. Great names in theoretical physics would seek him out and cite him. Einstein spent quality time corresponding with Rupp in 1926, working through issues with wave-particle duality, and trying to work out what should happen in certain experiments ... and trying to come up with explanations for how it was that some of Rupp's experiments had come out so well, given some of the difficulties that he should have come up against. The collaboration was reasonably well-known, and people started referring to the "Einstein-Rupp experiments".

When the game was up, Rupp found that he'd now given the physics community a new headache. He'd shown that peer review didn't work as an efficient way of identifying "friendly" fraud within the system. If you had the right background, and you worked out which results people wanted and published those results, your paper tended to pass peer review unless the referees were so convinced that you couldn't possibly have gotten those results that they called you on it. And if an experiment produced the expected result, it was difficult for a referee to insist that an experiment was too successful. Results that don't agree with current thinking can be summarily rejected by peer review on the grounds that getting a "wrong" answer amounts to apparent evidence of error, but rejecting results that give the "right" answer is more awkward.

The lesson seemed to be that if you wanted a career as a scientific fraudster, the way to succeed was to agree with whichever theories were currently in vogue. So the physics community was now facing a potential upheaval – how would they assess how many other key papers by respected researchers might have been unreliable, or even outright fakes?

Rupp solved that problem for them with another piece of documentation. He sent a retraction of his five key papers, along with a letter from his doctor stating that Rupp had been in a "dreamlike" mental state when he'd written them.

It was a tidy conclusion – Rupp exited physics without there having to be a nasty inquiry, the community got to draw a line under the affair, quickly, and thanks to Rupp's explanation, they got to write off the matter not as an extended period of fraud lasting nine or ten years, but as the unfortunate actions of a guy who was having some mental health issues. That let the community off the hook – if Rupp hadn't been completely sane at the time, then we could still tell ourselves that physics was a special "fraud-free" field of science, and that no sane physicist would ever commit fraud. So everything was okay again.

Was Rupp's doctor's letter genuine? We didn't really care. We had the result that we wanted.

Jeroen van Dongen, "The interpretation of the Einstein-Rupp experiments and their influence on the history of quantum mechanics", Historical Studies in the Physical and Biological Sciences 37 Supplement (2007) 121-131 [arXiv:0709.3226v1]