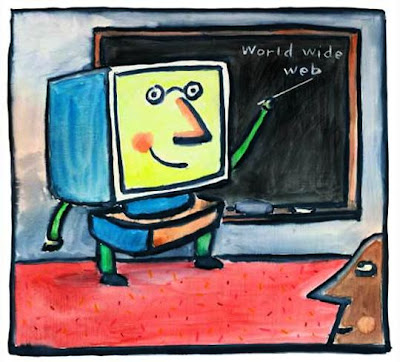 A prominent Harvard professor is facing criticism from the philosophy faculty at San Jose State University, after they were asked to use the professor’s online course as part of the San Jose State curriculum.

The San Jose faculty members wrote a letter to Harvard Professor Michael Sandel, in which they condemned the use of Massive Open Online Courses, or MOOC's, as part of a public school curriculum.

According to the letter, which was republished on The Chronicle of Higher Education’s website, San Jose State University recently announced a partnership with edX, an educational initiative in which colleges offer online classes to thousands of students at no cost. The faculty wrote that the administration encouraged them to pilot Harvard professor Michael Sandel’s “JusticeX” course, but they refused.

In the letter to Sandel, the philosophy department says that MOOCs will diminish the quality of public colleges and universities.

“We fear that two classes of universities will be created: one, well- funded colleges and universities in which privileged students get their own real professor; the other, financially stressed private and public universities in which students watch a bunch of video-taped lectures and interact, if indeed any interaction is available on their home campuses, with a professor that this model of education has turned into a glorified teaching assistant,” the department wrote. “Public universities will no longer provide the same quality of education and will not remain on par with well-funded private ones.”

As the use of MOOCs grow, so, too, is the pushback from some colleges and universities. At Amherst College, for example, faculty recently voted against partnering with edX, for fear that online classes will not mesh well with the small college environment.

The faculty said that they are not needed to teach blended courses, which mix online material and in-class instruction. Instead, the school could save money by hiring a teaching assistant to oversee the class.

“Public universities that have so long and successfully served the students and citizens of California will be dismantled, and what remains of them will become a hodgepodge branch of private companies,” they wrote, adding “Let's not kid ourselves; administrators at the CSU are beginning a process of replacing faculty with cheap online education.”

Sandel responded to the letter, and wrote that online classes are no substitute for professors. In a statement to the Chronicle, Sandel said that he made his course, “Justice,” available for free “to enable anyone, anywhere, to have free access to the lecture videos, a discussion blog, and other educational materials.”

Sandel said he knows very little about the partnership between edX and San Jose State.

“My goal is simply to make an educational resource freely available--a resource that faculty colleagues should be free to use in whole or in part, or not at all, as they see fit,” he wrote.

“The worry that the widespread use of online courses will damage departments in public universities facing budgetary pressures is a legitimate concern that deserves serious debate, at edX and throughout higher education. The last thing I want is for my online lectures to be used to undermine faculty colleagues at other institutions.”


Dissent from a philosophy department about online courses
Posted by Mercury at 6:33 PM