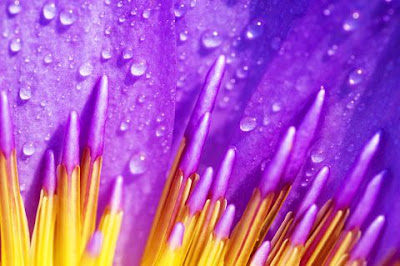 In this article published in the Guardian, the theoretical physicist Michael Krämer says all the right things about the connection between science and philosophy. Here’s a brief summary. He points out that, up until the middle of the twentieth century or so, scientists profited from philosophy. He also points out that post-war physicists do not find much to gain from philosophy, presumably referring to philosophy of science and its cognates. (Actually, this point is not exactly right. e.g., It is difficult to imagine Bohm‘s research project unmoored from his holistic ontological convictions. But I digress.)

Refreshingly, Krämer does not travel this route. He acknowledges that philosophy crafts its arguments around certain general kinds of questions, and hence enjoys a degree of disciplinary autonomy — but also that it is ultimately studying the very same universe that the physicists are, and hence that it overlaps significantly with science. Krämer’s conclusion is even-handed. He concludes that the physicists can benefit from listening to the philosophers only so long as the philosophers keep focused on providing a critical understanding how the actual scientific methods are used. In contrast, if philosophers spend their time making armchair pronouncements about what counts as science, they ought not be listened to.

Like I said, I think Krämer’s got it right, and I think he said it well. And, I might add: my goodness, do philosophers need to hear it. Many of my colleagues and mentors are both actively involved in philosophy and in specialized sciences. They are, to a person, well acquainted with how things go on both sides of the fence, equally comfortable in graduate courses in cognitive science as they are in courses on philosophy of mind, or in courses on anti-realism as they are on theoretical physics. Yet I am heartbroken to hear that their work is often dismissed by reviewers in philosophy journals who have a simplistic normative conception of ‘how science works’. Instead of researching the diversity of methods that scientists actually use, many commentators working in the philosophy of science are interested in policing the boundaries of science through normative fiat. As a result, my colleagues have their papers accepted in top-notch science journals, and turned down by ostensibly top-notch philosophy journals.

One day, the philosophy of science may turn out to be of great importance to science. But that day will not come until philosophers prove themselves willing and able to read the contents of a bibliography.

Though I think Krämer has got most of it right, I do think that he has got one thing wrong. The fact is, the quips offered by theoretical physicists do not, by themselves, tell us anything about the relationship between philosophy and the sciences. It may be agreed that physics is the most developed among the sciences, and it may also be the case that all sciences will need to cash themselves out in physicalist terms. But even having admitted that much, it should also be agreed that physics is not the spokesperson of all the sciences — natural or otherwise. Even if it were true, you cannot conclude from the fact that ‘physicists don’t need theoretical philosophy quite so much anymore’ that ‘science doesn’t need theoretical philosophy quite so much anymore’. Mind you, it may indeed be the case that philosophy has nothing to say to any of the sciences. My point is that this inference needs to be demonstrated, and cannot be inferred from a single exceptional and arbitrarily selected historical period.
Posted by Mercury at 3:36 PM