But, things can go wrong especially when the dirigible is filled with hydrogen.

"As God is my witness, I thought turkeys could fly"--Arthur Carlson [station manager]. 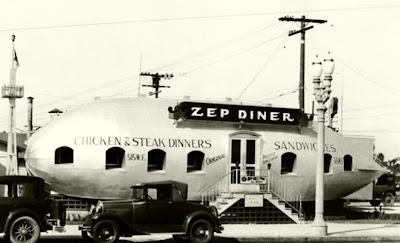