Patrick Harran to stand trial for the death of Sheri Sangji 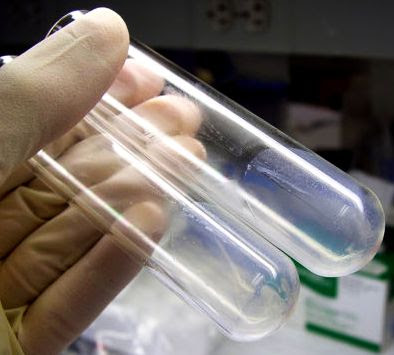 The chemist who supervised a research assistant who died from injuries sustained in a University of California, Los Angeles (UCLA) lab more than four years ago will go on trial in connection with her death. The case could set a precedent whereby university researchers could be held liable for unsafe laboratory practices.

Patrick Harran supervised Sheri Sangji, the UCLA research assistant who died in early 2009. Her death was the result of serious burns received while working on her own in Harran’s organic chemistry lab with the pyrophoric liquid t-butyl lithium.

The California Division of Occupational Safety and Health found that the incident was caused by inadequate training, and criminal charges were brought against both the university and Harran. UCLA settled the charges in July 2012 after agreeing to comprehensive corrective safety measures and also establishing a $500,000 (£322,000) scholarship in Sangji’s name at University of California, Berkeley, school of law.

Meanwhile, on 26 April Harran was ordered to stand trial on three criminal counts of violating occupational health and safety laws that led to Sangji’s death. Harran will return to court on 9 May for arraignment, and he faces up to four-and-a-half years in prison if convicted.

UCLA on the defensive

UCLA reacted defensively to the development. The school’s chancellor, Gene Block, called the incident that took Sangji's life ‘a terrible tragedy’, but stressed that it was ‘an accident, not a crime’. Block described Harran as ‘a talented and dedicated faculty member’, and pledged the university’s ‘unwavering’ support for him.

Sangji’s death led UCLA to create a Center for Laboratory Safety to support research in this field, and it also dramatically increased the number of lab inspections, from 365 in 2007 to almost 2400 in 2010.

‘Dr Harran is a highly paid researcher, and if he has a felony conviction on his record, his funding will dry up in a hurry,’ says Russ Phifer, executive director of the National Registry of Certified Chemists. ‘That is going to be a wake-up call for everyone else.’

Robert Latsch, a chemical and environmental health specialist at Case Western Reserve University, US, agrees that the case is a game changer. ‘The fact that a professor may well go to jail will become a catalyst and motivate people and institutions to change,’ he tells Chemistry World. But that change is likely not going to happen overnight.

In general, industry has a much stricter lab safety regime than academia. ‘There is a much more effective hammer, as in you are fired,’ Phifer says. In addition, industry research labs don’t have the turnover seen in academia, where graduate students do much of the work. ‘They are not constantly training new people,’ Phifer notes.

Another problem is that government tries to apply workplace safety rules to academic research labs, and it’s not necessarily a good fit. Researchers at universities often see themselves in a contractual relationship with the university rather than as an employee.

‘Academia doesn’t believe that the lab safety standards in industry apply to them,’ Latsch says. ‘They are not well informed on this at all.’ He describes the governance system in a private company as autocratic, versus the confederation seen in academic institutions.

Nevertheless, Phifer says that Sangji’s case marks the third such fatality in a US academic lab in about 15 years. ‘It is clear it is a very rare occurrence; if it happened more often, then this would not be the first case of a professor facing these charges.’

Perhaps the most horrific such accident occurred at Yale University in April 2011. Undergraduate student Michele Dufault died after her hair became entangled in a lathe as she worked alone in a school machine shop. Just a few months later, the US Occupational Safety and Health Administration concluded that there were several safety lapses.

There is also the case of Karen Wetterhahn, a chemistry professor at Dartmouth College who died in 1997 from mercury poisoning, after dimethyl mercury penetrated her latex glove in a research lab some 10 months earlier. An investigation by Wetterhahn’s colleagues revealed that material safety data sheets for dimethyl mercury recommended the use of rubber or chemically impervious gloves.

More recently, in January 2010, there was an explosion at Texas Tech University (TTU) that led to a graduate student losing three fingers, perforating an eye and sustaining significant burns. The incident occurred when the grad student and a colleague were working with a new energetic material, a derivative of nickel hydrazine perchlorate. A decision was taken to scale-up production of the material one hundred-fold, against lab protocol and without consulting their supervisor, with the end result being that the compound detonated.

In October 2011, the US Chemical Safety Board (CSB), an independent government agency charged with investigating serious chemical accidents, expressed concern over the frequency of these incidents in the US academic labs, and called for an overhaul.

Use the blog's search engine for much more on this story.
Posted by Mercury at 6:00 PM