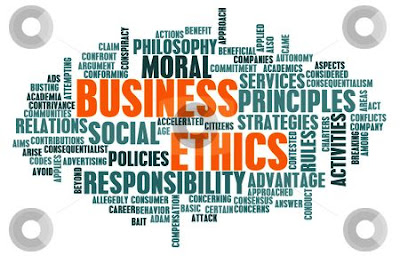 Tax avoidance by multinational corporations is hardly a new development. In 1999, The Economist detailed how Rupert Murdoch’s News Corporation had managed to pay just six per cent in taxes on the billions of dollars in profits it generated around the world. Back then, News Corp.’s use of tax-avoidance tricks, such as directing revenues through offshore subsidiaries located in tax havens and ruthlessly exploiting global differences in tax laws, made it something of an outlier.

As the latest revelations about Apple’s tax-dodging tactics make clear, that’s no longer the case. Over the years, aggressive tax avoidance has become the standard practice at many American-based multinationals, particularly at technology companies such as Apple, Google, and Microsoft, which like to portray themselves as being on the side of the angels. Indeed, the only surprise about Tim Cook’s appearance on Capitol Hill today is that it took so long to come about.

According to an ongoing congressional investigation, Apple, by setting up a shell company in Ireland, where it had negotiated a tax rate of two per cent or less, was able to pay minimal taxes on much of its overseas earnings. And by transferring ownership of some of its intellectual-property rights to offshore affiliates, including some in Ireland, which then charged other parts of the company for using them, it was able to avoid paying billions of dollars of U.S. taxes on income that was actually generated in this country, which is where Apple does the bulk of its research and development.

But the company that prides itself on thinking differently didn’t stop there. Exploiting a quirk in Irish tax law, which has long been appealed to by tax dodgers of all kinds, it claimed that some of its Irish subsidiaries weren’t resident anywhere for tax purposes. In the words of Senator Carl Levin, they were “ghost companies” that, for several years, didn’t file tax returns to anybody. One of them, Apple Operations International, generated thirty billion dollars of profits between 2009 and 2012 but paid no corporate income at all, not a penny.

“A.O.I.’s board minutes show that its board of directors consists of two Apple Inc. employees who live in California and one Irish employee of Apple Distribution International, an Irish company that A.O.I. itself owns,” Levin said on Tuesday. “Over the last six years, from May, 2006, through the end of 2012, A.O.I. held thirty-three board meetings, thirty-two of which took place in Cupertino, California. A.O.I.’s lone Irish-resident director participated in just seven of those meetings, six by telephone, and in none of the eighteen board meetings between September, 2006, and August, 2012.”

In other parts of the world, particularly Europe, corporate tax avoidance has already turned into a major political issue. In Britain, for example, some consumers started boycotting Starbucks, which in the three years from 2009 to 2011 paid just $3.7 million in tax despite generating sales of $11.5 billion. Last week, Margaret Hodge, a Labour Party M.P. who chairs the public-accounts committee in the House of Commons, called Google, which pays virtually no taxes on its British operations, “evil,” and Ed Miliband, Labour’s current leader, called it “irresponsible.” Even David Cameron, the Conservative Prime Minister, has weighed in, urging his colleagues in the G8 to tackle tax avoidance and calling upon multinationals to “wake up and smell the coffee.”

During last year’s campaign, President Obama called for a reform of the tax code to insure that the “biggest corporations pay their fair share.” But, since being reëlected, he’s hardly made it one of his top priorities, and, even if he did, the Republicans in Congress wouldn’t go along with it. They are more interested in cutting the corporate tax rate, which is officially thirty-five per cent, although many large companies end up paying a much lower rate. The job of turning corporate tax evasion into a political issue has been left to Levin, the head of the Senate’s Permanent Subcommittee on Investigations (and a national treasure), and to John McCain, the ranking minority member on Levin’s committee and one of the few Republicans willing to criticize corporate misbehavior.

It’s hard to disagree with Levin when he described Apple’s behavior—which, according to the committee’s report, saved it about twelve billion dollars in taxes last year—as “completely outrageous.” The bigger scandal is that many of the tactics Apple employed, such as the use of “transfer pricing” to shift revenues offshore, and taking advantage of “check-the-box” rules in the U.S. code, are now standard practice at tech giants and other multinationals. For example, a report that the Permanent Subcommittee published last September showed Microsoft involved in very similar shenanigans, using offshore subsidiaries in Puerto Rico, Singapore, and, you guessed it, Ireland.

“Income shifting to tax-favored jurisdictions is the Macondo well of the international tax system, except it is not a sudden catastrophe and the blowout is not under control,” said Stephen Shay, a professor at Harvard Law School, who was one of the expert witnesses at Tuesday’s hearing. “Indeed, the gusher is not visible to the public or to most policymakers. But the damage is real.”

That’s for sure. Partly as a result of their evasive tactics, big businesses now shoulder a lot less of the tax burden than they used to do. In the years after the Second World War, the corporate income tax accounted for about a third of over-all tax revenues. Today, its share is less than nine per cent. Who has made up the difference? Who do you think? Sixty years ago, individual and payroll taxes accounted for about half of over-all tax revenues; today, they account for more than eighty per cent.

“America’s tax system is broken and uncompetitive, and I have long supported efforts to modernize it,” Senator McCain said at today’s hearing. “However, I will not allow that position to be used as an excuse to turn a blind eye to the highly questionable tax strategies used by Apple. The general American public should not have to make up the balance as corporations avoid paying billions in U.S. taxes.”

If a seventy-six-year-old Arizona conservative can get worked up about this stuff, why can’t other Americans?
Posted by Mercury at 7:32 AM

dodging taxes runs across the board of taxpayers...Apple has done more for the economy than any other biz...lower the taxes and watch the money come back...it is our largest taxpayer...with the heaviest corporate tax in the world we do not invite investment, we push it away. as far as i am concerned, based on the waste of taxpayers money by government, i admire those who can deny the IRS more money to waste

Taxes aside, think of the ethics of manufacturing goods in a foreign market ripe with cheap and child labor. Apple is no angel in these matters.