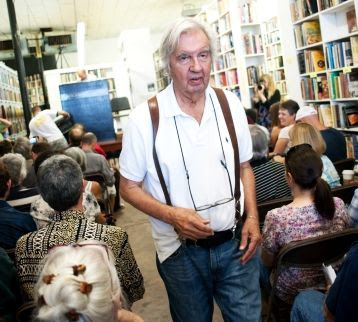 "The Great Book Sale of Texas: Larry McMurtry Gives Up His Collection"

The Pulitzer Prize winning novelist sells 300,000 volumes from his sprawl of Texas bookstores even as he says he will stop writing fiction

Larry McMurtry [Wikipedia]
Posted by Mercury at 6:38 AM