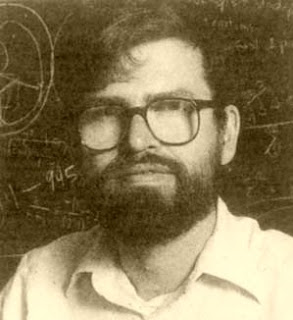 William P. Thurston, a mathematician who revolutionized understanding of the structure of three-dimensional spaces and won the Fields Medal, often described as the equivalent of the Nobel Prize for mathematics, died on Tuesday in Rochester. He was 65.The cause was cancer, his son Dylan said.Dr. Thurston’s fields of expertise were geometry and topology, the study of different possible shapes for multidimensional space.Perhaps his greatest accomplishment in a lifetime of breakthroughs was his Geometrization conjecture, which postulated that all possible three-dimensional spaces are made up of eight types of geometric pieces, a discovery he likened to finding eight outfits that could fit anybody in the world.For most of his professional life, Dr. Thurston was among a very rarefied group in his field that thinks deep theoretical thoughts with no particular practical application, a luxury he reveled in.“I don’t do it for the bottom line,” Dr. Thurston told The Wall Street Journal in 1983. “The inner force that drives mathematicians isn’t to look for applications; it is to understand the structure and inner beauty of mathematics.”John Milnor, co-director of the Institute for Mathematical Sciences at Stony Brook University on Long Island, acknowledged that Dr. Thurston delighted in working in a very esoteric realm. But he added that Dr. Thurston’s work had made “a tremendous difference in the way we look at many problems.”Without that work, a Russian mathematician, Grisha Perelman, would not have been able in 2003 to solve the Poincaré conjecture, which asserts that the sphere is the only three-dimensional shape in which every loop in its structure can be shrunk to a single point, without ripping or tearing either the loop or the space. The problem had challenged mathematicians for 100 years.In addition, cosmologists have drawn on Dr. Thurston’s discoveries in their search for the shape of the universe.On a more unlikely note, his musings about the possible shapes of the universe inspired the designer Issey Miyake’s 2010 ready-to-wear collection, a colorful series of draped and asymmetrical forms. The fashion Web site Style.com reported that after the show, the house’s designer and Dr. Thurston “wrapped themselves for the press in a long stretch of red tubing to make the point that something that looks random is actually (according to Thurston) ‘beautiful geometry.’ ”To his colleagues, Dr. Thurston’s most unusual gift was his ability to visualize complex shapes and problems. They said he loved nothing more than to sit in a common room and help colleagues or students brainstorm on solutions to vexing issues. “He could look at a problem and see simplicity where nobody else could find it,” said Jeff Weeks, a mathematician who studied with Dr. Thurston at Princeton.For example, he could think in multiple dimensions. “People don’t understand how I can visualize four or five dimensions,” Dr. Thurston told The Journal. “Five-dimensional shapes are hard to visualize — but it doesn’t mean you can’t think about them. Thinking is really the same as seeing.”William Paul Thurston was born on Oct. 30, 1946, in Washington, to Paul and Margaret Thurston. His father was a Naval engineer. William showed aptitude in math early on, amazing preschool teachers with his ability to add two- and three-digit numbers in his head, his older brother, Robert, recalled. Asked how he did it, he replied that he “counted on his fingers in his mind,” Robert Thurston said.Dr. Thurston received an undergraduate degree at New College in Florida and a Ph.D. in mathematics at the University of California, Berkeley, in 1972. He quickly earned a reputation as an original thinker and caught the attention of Princeton’s renowned mathematics department, which recruited him to be a professor at the age of 27.He was in his mid-30s when he received the Fields Medal in 1982 for his work in deepening the connection between geometry and topology. (The medal is awarded every four years by the International Mathematical Union.) He worked longest at Princeton but also held posts at Berkeley and the University of California, Davis. He was most recently at Cornell.Dr. Thurston’s first marriage, to Rachel Findley, ended in divorce. In addition to his son Dylan and his brother Robert, he is survived by his wife, Julian Muriel Thurston; their children Hannah Jade and Liam; two children from his first marriage, Nathaniel and Emily; his mother, Margaret; a sister, Jean Baker; a brother, George; and two grandchildren.Dylan Thurston, also a mathematician, said that despite working in a realm of rather cold abstractions, his father was personally very warm.“Growing up there were many beautiful mathematical pictures in the house,” he said. “He was a very visual thinker; he had powers to see spaces that no one before him could, and he was always drawing pictures of what he could see and doodles in notebooks, and we would talk about it.“Math was always very fun for him.”

School of Mathematics and Statistics University of St Andrews, Scotland...
Bill Thurston studied at New College, Sarasota, Florida. He received his B.S. from there in 1967 and moved to the University of California at Berkeley to undertake research under Morris Hirsch's and Stephen Smale 's supervision. He was awarded his doctorate in 1972 for a thesis entitled Foliations of 3- manifolds which are circle bundles. This work showed the existence of compact leaves in foliations of 3-dimensional manifolds.After completing his Ph.D., Thurston spent the academic year 1972-73 at the Institute for Advanced Study at Princeton. Then, in 1973, he was appointed an assistant professor of mathematics at Massachusetts Institute of Technology. In 1974 he was appointed professor of mathematics at Princeton University.Throughout this period Thurston worked on foliations. Lawson ( ) sums up this work:

It is evident that Thurston's contributions to the field of foliations are of considerable depth. However, what sets them apart is their marvellous originality. This is also true of his subsequent work on Teichmüller space and the theory of 3-manifolds.
In Wall describes Thurston's contributions which led to him being awarded a Fields Medal in 1982. In fact the1982 Fields Medals were announced at a meeting of the General Assembly of the International Mathematical Union in Warsaw in early August 1982. They were not presented until the International Congress in Warsaw which could not be held in 1982 as scheduled and was delayed until the following year. Lectures on the work of Thurston which led to his receiving the Medal were made at the 1983 International Congress. Wall , giving that address, said:

Thurston has fantastic geometric insight and vision: his ideas have completely revolutionised the study of topology in 2 and 3 dimensions, and brought about a new and fruitful interplay between analysis, topology and geometry.
Wall goes on to describe Thurston's work in more detail:

The central new idea is that a very large class of closed 3-manifolds should carry a hyperbolic structure - be the quotient of hyperbolic space by a discrete group of isometries, or equivalently, carry a metric of constant negative curvature. Although this is a natural analogue of the situation for 2-manifolds, where such a result is given by Riemann 's uniformisation theorem, it is much less plausible - even counter-intuitive - in the 3-dimensional situation.
Kleinian groups, which are discrete isometry groups of hyperbolic 3-space, were first studied by Poincaré and a fundamental finiteness theorem was proved by Ahlfors . Thurston's work on Kleinian groups yielded many new results and established a well known conjecture. Sullivan describes this geometrical work in , giving the following summary:

Thurston's results are surprising and beautiful. The method is a new level of geometrical analysis - in the sense of powerful geometrical estimation on the one hand, and spatial visualisation and imagination on the other, which are truly remarkable.
Thurston's work is summarised by Wall :

Thurston's work has had an enormous influence on 3-dimensional topology. This area has a strong tradition of 'bare hands' techniques and relatively little interaction with other subjects. Direct arguments remain essential, but 3-dimensional topology has now firmly rejoined the main stream of mathematics.
Thurston has received many honours in addition to the Fields Medal. He held a Alfred P Sloan Foundation Fellowship in 1974-75. In 1976 his work on foliations led to his being awarded the Oswald Veblen Geometry Prize of the American Mathematical Society . In 1979 he was awarded the Alan T Waterman Award, being the second mathematician to receive such an award (the first being Fefferman in 1976).