Quietly out, quietly in...Gregory B. Jaczko and Allison M. Macfarlane 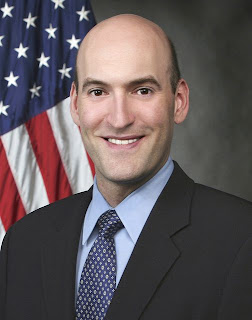 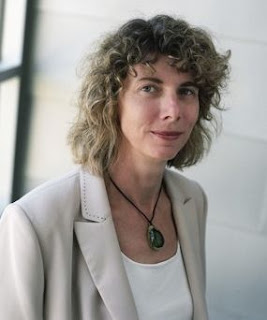 President Obama on Thursday nominated Allison M. Macfarlane, a professor of environmental science and policy at George Mason University, to be the next chairman of the Nuclear Regulatory Commission.Macfarlane, a geologist by training, served as a member of the White House Blue Ribbon Commission on America’s Nuclear Future, which examined nuclear waste disposal.Her nomination comes just three days after the current NRC chairman, Gregory B. Jaczko, announced his resignation amid complaints that he spoke harshly to women at the agency, allegations Jaczko denied. Jaczko, an advocate for nuclear safety, was frequently at odds with the four other commissioners.Lawmakers quickly issued statements endorsing Obama’s choice. Groups as varied as the Union of Concerned Scientists and the industry-backed Nuclear Energy Institute also praised Macfarlane and urged her confirmation.Senate Majority Leader Harry M. Reid (D-Nev.) said he is “confident” that Macfarlane “will make preserving the safety and security of American citizens her top priority.” He praised her education and experience, especially on the White House commission.That commission recommended a process for choosing a new waste-disposal site, taking responsibility for commercial nuclear waste disposal away from the Energy Department and putting it into a federal corporation and establishing a stable source of funding for waste disposal.Reid’s support is crucial. Jaczko previously was a member of Reid’s staff and shared Reid’s concerns about safety. Reid opposed using Nevada’s Yucca Mountain as a disposal site for commercial nuclear waste. The Obama administration has cut off funding for the project.Macfarlane has said that there are real geological as well as political obstacles to the Yucca Mountain site. Like Energy Secretary Steven Chu, she has said that dry casks at reactor sites can provide needed storage for a long time but that the search for a new repository should begin. She was the editor of a 2006 book of papers called “Uncertainty Underground: Yucca Mountain and the Nation’s High-Level Nuclear Waste.”The industry-backed NEI also hailed Macfarlane and urged the administration to submit her confirmation materials “as expeditiously as possible.” It said Macfarlane “has been an active contributor to policy debates in the nuclear energy field for many years.”Macfarlane’s nomination to the NRC will be considered at the same time as the renewal for a second term for NRC commissioner Kristine L. Svinicki, a Republican. Reid said he continues “to have grave concerns about Kristine Svinicki’s record on the Commission.” But he added that it is in “the best interests of the public” to approve both women and called for Republican support.The NEI urged the Senate to confirm them both.Rep. Edward J. Markey (D-Mass.), a leading congressional critic of nuclear power, called Macfarlane “an able successor” to Jaczko and said that he thinks she “will keep alight the torch of safety Chairman Jaczko has carried for so many years.”Markey on Thursday also condemned an NRC vote to move ahead with a 20-year license extension for the Pilgrim nuclear plant in Massachusetts. Jaczko was the sole dissenting vote.Sen. Thomas R. Carper (D-Del.), chairman of the Senate Environment and Public Works subcommittee on nuclear safety, said Macfarlane’s “expertise, experience, and past leadership on nuclear issues should make her a good candidate for this important position.”
Posted by Mercury at 6:06 AM