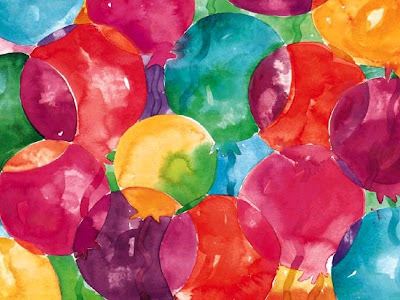 "Helium shortage is on, and prices are up, up and away"

Science and medicine are using more of the element, so there’s less for things like balloons.

A helium shortage is nothing to take lightly.Nothing funny, either, in how some are talking about their livelihoods, whether it’s keeping those party balloons flying or those MRI magnets cooled.“We take balloons seriously because it is our business,” said Karen Williamson, saleswoman for the American Balloon Factory, a wholesale operation in Overland Park. “It’s been happening for two or three years but in pockets.“Now Kansas City has a helium drought,” she said. “It is difficult to find helium, and when you find it you find that the price has increased incredibly. It’s just unreal.”The lines of supply could be crimped through the end of the year, said Marty Fish, executive director of the International Balloon Association. “The equipment is not up to snuff, so when they can’t pump enough or the lines go down, there is a blip in supply.”Add to that the higher demand for the lighter-than-air, inert element for high-energy accelerators, reactor coolant, aluminum arc welding in ship building, and silicon wafer manufacturing — driving ever more export sales of the gas — “and there just isn’t enough on hand,” she said.While helium is widely found in the universe, the United States produces about three-fourths of the world’s supply. Natural-gas fields from the Texas Panhandle to the Hugoton field in Kansas are especially rich, with the U.S. Federal Helium Reserve underground near Amarillo.Supply is expected to increase by the end of the year as more plants come on line in Wyoming, Russia and Qatar, Fish said.David Robertson, professor of chemistry at the University of Missouri-Columbia, said a helium shortage will have a dramatic impact on research and medical imaging.An MRI machine, for instance, may need at least 2,000 liters of helium to cool the magnet’s superconducting wire coil to minus 452 F.“There are research projects that wouldn’t happen. You can’t do the measurement if the magnet isn’t cold. For the medical community it would come down to sharing instruments, allocating resources.”At least one local user of MRI machines, University of Kansas Hospital, reports that it is not experiencing a helium shortage, partly because “we’re not using volumes of it,” said spokesman Dennis McCulloch.Balloon businesses have no problem with hospitals and medical research centers coming first in the helium hierarchy for their MRI scanners. But after that, they say they should be treated as any other commercial enterprises.It’s not just letting down a kid who is expecting balloons on their birthday, they say. It’s about the balloon business owners earning enough to feed their own children.At Brookside Party Warehouse, manager Jerri Brandon is getting ready for her big balloon season — Halloween through St. Patrick’s Day.She, too, has been paying more for her helium — “our prices, whew!” — but she hasn’t passed that price increase on to her customers. Yet.“We’re not in the business to gouge our schools, churches and birthday kids,” she said.Brandon considers herself lucky to even have helium when, she said, “every floral department in every grocery store has run out and run out and run out … we’re going to sell balloons until we run out.”Bizzy Diva, a new boutique in downtown, added balloon bouquets to their offerings to pump up sales. But the shop could only buy small portable tanks that fill about 50 balloons instead of the larger and cheaper bulk tanks that can fill 500 balloons.The skies over Lincoln, Neb., won’t be as red Sept. 1 at the first Cornhusker season game against Southern Mississippi. In a tradition dating to the 1940s, fans at Memorial Stadium release red balloons when the team scores the first touchdown at each home game.The typical launch of 4,000 to 6,000 balloons has been cut back by about half, said Ethan Rowley at the University of Nebraska’s athletic department. They realized the problem back in May when graduation-party balloons were scarce. “We thought, ‘OK, what does that mean for us?’ ” Rowley said.“Our current provider has some helium, but the first priority is MRI machines for hospitals, then the construction industry. We understand that. They’re predicting that they won’t have helium for entertainment purposes until late September, October at the earliest. And that’s being optimistic.”The school has eight to nine tanks of helium to use for the first football game. After that the balloon tradition is “going on hiatus,” he said. “We aren’t saying we’re ending it.”Mike Baker, owner of Beaucoup Balloons, decked out the Power & Light District on Saturday for Sprint Family Fun Days, which had the theme “Bubbles and Balloons.”He used air instead of helium in the balloon decorations, noting the creeping shortage in recent years. “Our supplier said, ‘Get used to it.’ ”In 33 years, Baker has decorated all kinds of events, from charity runs to the Kansas City Royals’ World Series celebration in 1985. On Aug. 26, he’s building two 50-foot balloon arches in Corporate Woods for the annual Head for the Cure Foundation run. They will need helium.As a result, the arches will cost $600 each, triple the price of a few years ago.Talking to suppliers leaves him, yes, deflated. On the list of priorities they seem to place the party industry as “the gnat on the tail of the dog of demand.”“It’s been a humbling, heartbreaking time,” Baker said. But he and other balloon boosters hope for relief by the biggest balloon blowout of the year — Valentine’s Day.

I suppose that this novelty will be disappearing...


The politics of selling helium reserves
Posted by Mercury at 7:53 PM