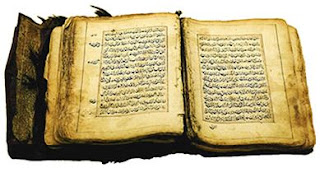 Police say the girl was arrested last week in a Christian area of the capital, Islamabad, after a furious crowd demanded she be punished.Officials said the girl could not properly answer police questions.Her parents have been taken into protective custody following threats.Many other Christian families have fled the neighbourhood after unrest erupted. Reports say that police arrested her under pressure from the large crowd.It is thought that the girl has Down's syndrome, which is a congenital condition that causes various degrees of learning difficulties and certain physical abnormalities.State media said that President Asif Ali Zardari had "taken notice" of the reports of the arrest and asked Pakistan's interior ministry to present a report to him.Controversial lawsThe incident comes amid a debate about Pakistan's strict anti-blasphemy laws. Rights activists have long urged Pakistan to reform the laws, under which a person can be jailed for life for desecrating the Koran.Many of those accused of blasphemy have been killed by violent mobs, while politicians who advocate a change in legislation have also been targeted.Last month, an angry crowd seized a man accused of blasphemy, and who was also said to be mentally unstable, from a police station and burnt him to death in the Bahawalpur area of Punjab province.Last year, Shahbaz Bhatti, the minister for minority affairs, was killed after calling for the repeal of the blasphemy law.His death came just two months after the murder of Punjab Governor Salman Taseer, who also spoke out about the issue.There are conflicting reports about the latest incident. It is unclear whether the girl burned pages of the Koran or if she was found with pages of the Koran in a bag. Police quoted in some media reports also say she may be older than 11.Paul Bhatti, Pakistan's minister for national harmony, earlier told the BBC that the girl was known to have a mental disorder and that it seemed "unlikely she purposefully desecrated the Koran"."From the reports I have seen, she was found carrying a waste bag which also had pages of the Koran," he said."This infuriated some local people and a large crowd gathered to demand action against her. The police were initially reluctant to arrest her, but they came under a lot of pressure from a very large crowd who were threatening to burn down Christian homes."The AFP news agency quotes one senior official as saying some of those who fled are gradually returning to the district.Rights groups have condemned the arrest. The Women's Action Forum (WAF) demanded the girl's immediate release and expressed outrage at the "total inhumanity" of those who lodged the case with police, AFP reports.WAF said the case should have been dealt with under the juvenile justice system.

guardian.co.uk
An 11-year-old Christian Pakistani girl could face the death penalty under the country's notorious blasphemy laws, after she was accused by her neighbours of deliberately burning sacred Islamic texts.Rifta Masih was arrested on Thursday, after complaints against her prompted angry demonstrations. Asif Ali Zardari, the president, has ordered the interior ministry to investigate the case.As communal tensions continued to rise, about 900 Christians living on the outskirts of Islamabad have been ordered to leave a neighbourhood where they have lived for almost two decades.On Sunday, houses on the backstreets of Mehrabadi, an area 20 minutes' drive from western embassies and government ministries, were locked with padlocks, their occupants having fled to already overcrowded Christian slums in and around the capital.One of the senior members of the dominant Muslim community told the Christians to remove all their belongings from their houses by 1 September. "I don't think anyone will dare go back after this," said one Christian, Arif Masih. "The area is not safe for us now."A few brave souls have stayed behind, but shopkeepers have refused to serve their Christian neighbours or supply them with water. Locals say only about 10% of families in the area are Christian, renting cramped houses from Muslim landlords. They tend to do dirty, menial jobs such as sewer maintenance.Relations between the communities had been simmering for months after complaints were made about the noise coming from three churches in the area during religious services. Two of the landlords who owned the buildings had already ordered an end to worship and some services were forcibly broken up.But there was no indication that all the Christians would be forced out so suddenly until Rifta was accused of the provocative act of burning the sacred words of Islam.It sparked immediate demonstrations by crowds estimated at between 600 and 1,000 people, some of whom blocked the nearby Kashmir highway, the major road running west out of the capital.The police, initially unwilling to take action, eventually charged the girl with blasphemy and took her into custody. The rest of the community, including her parents, fled.As with many other aspects of the incident, there is disagreement about exactly what was burned. Some say it was a small pocket book of Qur'anic verses. Others claim it was pages of the Qur'an. Either it was a relatively small quantity of ash carried in an earthenware dish, or it was around half a kilogram of refuse that filled a small plastic shopping bag.Hammad Malik, a 23-year-old with a shaven head and bushy beard who is deemed a "scoundrel" by the Christian community, said he saw Rifta walking out of the tiny, single-room dwelling where she lived with her parents and sister at some time after 6pm. He said it was pure chance that he noticed her bundle."I looked at it but did not know exactly what it was but I could see it had words written in Arabic," he said.He concedes that no one actually saw her burning anything as the offence allegedly happened inside the house, and she was caught while finding somewhere to throw away the remains. However, the local mullah claims there was a witness: another young girl who caught her in the act and then ran to the mosque to raise the alarm.One thing the Muslim community does agree on is that claims in the local media, sourced to the police, that the girl has Down's syndrome are false."She is a completely normal girl," said Kamran Khan, cousin of the Masih family's landlord. As the largely male and grownup crowd gathered outside the house, a girl who said she knew Rifta said she did behave oddly – she talked to herself and walked in a peculiar way.The other point of general agreement is that "the law should be followed". Unfortunately, the law in question is Pakistan's blasphemy law, which has a proven track record of ensnaring people on the flimsiest of evidence and being cynically used to intimidate communities or settle quarrels over money and property.Even though no one has yet been executed for blasphemy in Pakistan, long prison terms are common – one Christian couple was sentenced to 25 years in 2010 after being accused of touching the Qur'an with unwashed hands.There have also been cases of people killed by lynch mobs demanding instant punishment. Daring to criticise the law is incredibly risky and few do it.In 2011, Salman Taseer, the former governor of Punjab province, was gunned down by his own bodyguard after he spoke out against the case of Aasia Bibi, another Christian woman accused of blasphemy.The Christian community of Mehrabadi says the whole thing is a plot. They too have conflicting accounts of what happened. In one version, according to priest Boota Masih, a Muslim neighbour asked the girl to throw out the ash into which the desecrated pages had been placed.Either way, one hotly contested incident involving a very young girl looks set to change the complexion of the neighbourhood for ever."They have done this to provoke the Muslims, like they have with their noisy banging and singing from their churches," said a local mullah, who would not give his name. "We are not upset the Christians have left and we will be pleased if they don't come back."
Posted by Mercury at 5:46 AM