"Send help"...the message in a bottle 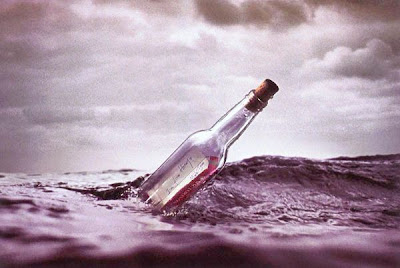 A Scottish skipper has set a new world record after finding a message in a bottle 98 years after it was released.

Andrew Leaper's discovery beat the previous record for the longest time a bottle has been adrift at sea by more than five years.

And he found the bottle while skippering the same fishing boat which had set the previous record, the Shetland-based vessel Copious.

Mr Leaper said: "It was an amazing coincidence."

The find has been confirmed as a new record by Guinness World Records.

The drift bottle - containing a postcard which promised a reward of six pence to the finder - was released in June 1914 by Captain CH Brown of the Glasgow School of Navigation.

It was in a batch of 1,890 scientific research bottles which were specially designed to sink to help map the currents of the seas around Scotland when they were returned. Only 315 of them have been found.

Mr Leaper, 43, who found the bottle east of Shetland, explained: "As we hauled in the nets I spotted the bottle neck sticking out and I quickly grabbed it before it fell back in the sea.

"It was very exciting to find the bottle and I couldn't wait to open it.

He said his friend Mark Anderson, who had set the previous record in 2006 on board the same vessel, was "very unhappy that I have topped his record".

"He never stopped talking about it - and now I am the one who is immensely proud to be the finder of the world record message in a bottle."

"This is a fascinating record, both historically and scientifically.

"We hope that future expeditions will retrieve more of these treasured messages from the sea."

Environment Secretary Richard Lochhead added: "Scotland has a long and proud tradition in marine science, stretching from these pioneers of ocean research in the 19th and early 20th Century, to the cutting edge marine studies that take place in our labs today.

"The story of scientific drift bottles is a fascinating one and harks back to an area when we were only beginning to understand the complexities of the seas.

"It's amazing that nearly 98 years on bottles are still being returned to the Marine Laboratory - and in such fantastic condition.

"With many bottles still unreturned there is always the chance in the coming years that a Scottish drift bottle will once again break the record."
The bottle, and Mr Leaper's Guinness World Records certificate, have been donated to the Fetlar Interpretative Centre in Shetland.

Message in a bottle [Wikipedia]

Email ThisBlogThis!Share to TwitterShare to FacebookShare to Pinterest
Labels: messages in a bottle