Do I smell a challenge in the streets of Dodge City? 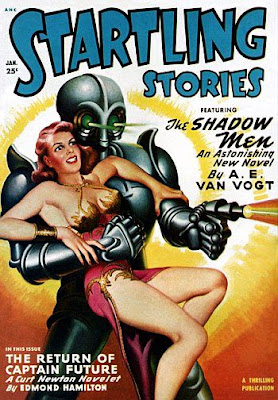 Ole "Dead Eye" Curiosity honing its skills. How soon will it be before toy companies market the goodies. WOW, NASA will make millions on royalties.

When it comes to laser blasts, the Curiosity rover is no slouching Stormtrooper. These impressive before-and-after shots show a nice row of dots resulting from the probe’s Chemistry and Camera (ChemCam) instrument on a target patch of soil on Mars.

Burning tiny holes in this unlucky bit of Martian dirt — which NASA engineers nicknamed “Beechy” — is called a five-by-one raster. The technique provides data about changes in chemical composition over small areas of the regolith. Each image covers a circular view about three inches wide.

ChemCam is Curiosity’s coolest bit of science gear, shooting laser beams that deliver a million watts of power for about five one-billionths of a second. The rover analyzes the resulting glowing plasma to determine what elements and molecules make up its target. Beechy received 50 laser shots, creating holes ranging from 0.08 to 0.16 inches wide, and demonstrated the rover’s ability to clear dust and small grains from its target area.

Chemical analysis showed that the rocks in this sample look unsurprisingly similar over such a short distance, but the small amount of variability will help scientists with future studies. This is not the first time that Curiosity has shot its ChemCam laser — a previous rock, Coronation, was at the receiving end of the rover’s might 11 days ago.
Posted by Mercury at 5:01 PM