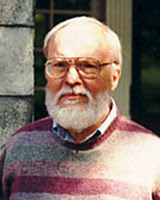 Hugo Bedau, a philosopher who preferred to wrestle with the knottiest of public policy issues rather than reason from the remove of academia — most notably in confronting capital punishment, which he opposed as immoral, unjust and ineffective — died on Monday in Norwood, Mass. He was 85.The cause was complications of Parkinson’s disease, said his wife, Constance E. Putnam. Professor Bedau’s half-century career encompassed several cycles in the national debate over the death penalty: its decline and eventual rejection by the Supreme Court in 1972, its resurrection by the court later that decade, and its suspension in several states more recently. His most ambitious work, “The Death Penalty in America,” revised several times, has been a standard text since it was first published in 1964.Professor Bedau (pronounced beh-DOUGH) took up the issue as well in “The Case Against the Death Penalty,” a pamphlet distributed widely for many years by the American Civil Liberties Union. Written with the help of Henry Schwarzschild, a former director of the group’s Capital Punishment Project, the publication brought together a number of arguments against the death penalty: that it failed to deter crime (using supporting data); that it was fraught with racial bias, wrongful convictions and excessive financial costs; and that it was ultimately an act of “barbarity.”“The history of capital punishment in American society clearly shows the desire to mitigate the harshness of this penalty by narrowing its scope,” the pamphlet said in a section titled “Unfairness.” “Discretion, whether authorized by statutes or by their silence, has been the main vehicle to this end. But when discretion is used, as it always has been, to mark for death the poor, the friendless, the uneducated, the members of racial minorities and the despised, then discretion becomes injustice. Thoughtful citizens, who in contemplating capital punishment in the abstract might support it, must condemn it in actual practice.”The essay, heavily footnoted, was less than 9,000 words long. Professor Bedau’s curriculum vitae was more than 13,000.“We called him the dean of death penalty scholarship,” said Michael Radelet, a death penalty expert at the University of Colorado who began working with Professor Bedau in the 1980s. “Bedau was the first guy to put it all together and the first to make the general empirical argument against the death penalty — that is, a little race, a little deterrent, a little innocence.”Hugo Adam Bedau was born on Sept. 23, 1926, in Portland, Ore., to Hugo Adam Bedau and Laura Romeis Bedau. (His parents chose not to name him Hugo Jr.) Young Hugo grew up in the San Francisco area. His father, who did not go to college, had a small library in which Hugo often spent time. He briefly studied naval science at the University of Southern California through the Navy’s V-12 program for officers but was discharged in 1946, after the war ended and before he had graduated.He received a bachelor’s degree from University of Redlands in Southern California and did his graduate work in philosophy at Boston University and Harvard. The title of his doctoral thesis at Harvard was “The Concept of Thinking.”Professor Bedau lectured at several universities but spent most of his career in the Boston area as an anchor of the philosophy department at Tufts, beginning in 1966. Among the many awards he received was the Abolitionist Award, given in 1989 by the National Coalition to Abolish the Death Penalty.“He articulated the case against the death penalty as well as anyone ever has,” Paul G. Cassell, a law professor, former federal judge and noted proponent of the death penalty, said in an e-mail.Professor Bedau’s previous marriage, to the former Jan Mastin, ended in divorce. Besides Ms. Putnam, whom he married in 1990, he is survived by four children from his first marriage: Mark, Paul and Guy Bedau and Lauren Bedau Evans; two sisters, Carol Bell and Renee Larsen; and five grandchildren. He lived in Concord, Mass.Ms. Putnam, a medical historian, said Professor Bedau was teaching at Princeton in the 1950s when the New Jersey Legislature was weighing measures in support of the death penalty. Struck by how little public debate the issue seemed to generate, he began to research capital punishment and eventually became immersed.“It was anger, disappointment and frustration over discovering that something this significant in the so-called life of a society was going through the Legislature with so little public discussion or debate,” Ms. Putnam said.Professor Bedau eventually testified on the issue before state legislatures and Congress, spoke to countless library groups, and delivered a series of lectures in 1994 as the Romanell-Phi Beta Kappa professor of philosophy while at Tufts. The lectures were collected in a book, “Making Mortal Choices,” published by Oxford University Press in 1997.“He wasn’t a front-line protester; that wasn’t his role,” Ms. Putnam said. “His contribution was clarity of thinking.”

Hugo Adam Bedau (September 23, 1926 – August 13, 2012) was the Austin B. Fletcher Professor of Philosophy, Emeritus, at Tufts University, and is best known for his work on capital punishment. He has been called a "leading anti-death-penalty scholar" by Stuart Taylor Jr., who has quoted Bedau as saying "I'll let the criminal justice system execute all the McVeighs they can capture, provided they'd sentence to prison all the people who are not like McVeigh."Bedau gained his PhD from Harvard University in 1961 and subsequently taught at Dartmouth College, Princeton University and Reed College before joining Tufts in 1966. He retired in 1999. Bedau was a founder of the National Coalition to Abolish the Death Penalty and served many years on its board of directors, including several as chairman. He was a member of the American Civil Liberties Union, for whom he has written on the death penalty.He is author of The Death Penalty in America (1st edition, 1964; 4th edition, 1997), The Courts, the Constitution, and Capital Punishment (1977), Death is Different (1987), and Killing as Punishment (2004), and co-author of In Spite of Innocence (1992). On the occasion of Bedau's retirement, Norman Daniels said of The Death Penalty in America: "It is the premier example in this century of the systematic application of academic philosophical skills to a practical issue, and the flood of work in practical ethics that has followed can rightfully cite Hugo's work as its starting point".
Tufts University...

Hugo A. BedauAustin B. Fletcher Professor of Philosophy, EmeritusPolitical and Legal Philosophy, EthicsBiography & PublicationsHugo Adam Bedau joined the Tufts faculty in 1966 and retired in 1999. Prior to his appointment at Tufts, he taught at Dartmouth College, Princeton University, and Reed College. He has contributed dozens of scholarly articles to journals and books, and he has written popular a number of newspapers for several newspapers; he has also edited several volumes dealing with issues in social, political, moral, and legal philosophy. He is best known for his long-standing interest in issues having to do with punishment in general and the death penalty in particular, on which he is a national expert (he has frequently testified against the death penalty before the U.S. Congress and many state legislatures). Professor Bedau is editor of the standard work on capital punishment, The Death Penalty in America (1st edition, 1964; 4th edition, 1997), as well as co-editor of Capital Punishment in the United States (1976) and Debating the Death Penalty (2004). He is the author of The Courts, the Constitution, and Capital Punishment (1977), Death is Different (1987), and Killing as Punishment (2004), and co-author of In Spite of Innocence (1992). Over the past two decades he has co-authored and co-edited several volumes on critical thinking; he is also the author of Thinking and Writing About Philosophy (2nd edition, 2002).Professor Bedau was elected the Romanell – Phi Beta Kappa Professor of Philosophy in 1994; his Romanell lectures, delivered at Tufts in the spring of 1995, were published by Oxford University Press in 1997, under the title Making Mortal Choices. In 1997, Bedau received the August Vollmer Award of the American Society of Criminology. A long-time (and founding) member of the National Coalition Against the Death Penalty, he served many years on its board and two terms as its chairman; he has been an active member of American Civil Liberties Union (ACLU) since the 1950s, and in 2003 he received the Roger Baldwin Award from the ACLU of Massachusetts (on whose board he has also served).Ph.D., Harvard, 1961

"The Case Against The Death Penalty" by Hugo Adam Bedau
Posted by Mercury at 7:05 PM