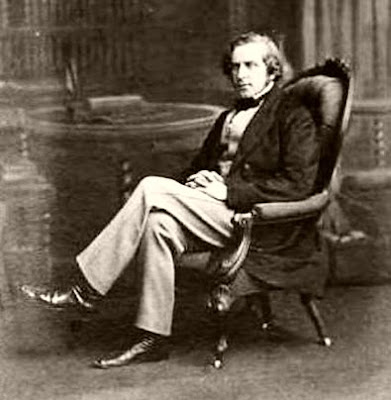 "The first HSS: the sad fate of a 19th-century history of science society"

guardian.co.uk
Last month I had the pleasure of attending the quadrennial Three Societies conference – a joint meeting hosted alternately by the US-based History of Science Society, the Canadian Society for the History and Philosophy of Science and the British Society for the History of Science. This year the HSS were hosting in Philadelphia.As the HSS's website states, it is "the oldest such society", having been founded in 1924 as a means of supporting the history of science journal, Isis, itself first published in 1913. This was the very earliest dawn of history of science as an independent and professional discipline.The scientific past as a topic of interest has, of course, a much longer history – one we could trace right back to the earliest biographies of figures that we would now identify as "scientific" – but it is a little-known fact that there was an earlier HSS – the Historical Science Society – nearly 80 years earlier than the American one. The first HSS, founded in 1840, was also focused on publication, in this case being close to the model of the Camden Society, founded in 1838, or the Hakluyt Society, founded in 1846, for the publication of manuscripts or rare texts in scholarly editions.This period, when printing was becoming cheaper and literacy rates and leisure time were increasing, saw the first great push in the business making primary sources more widely available. It was, arguably, akin to the 21st-century explosion in digital archives of printed and manuscript material. It provided new opportunities and new audiences for those with expert knowledge and access to key archives.This period also, not coincidentally, saw a push in the history of science – with the publication of William Whewell's History and Philosophy of the Inductive Sciences being the most ambitious example. The Historical Society of Science could have been the signal of a bright new dawn in the field, one solidly based on knowledge of the primary sources. Significant antiquarian and scientific figures gave the enterprise their blessing (George Peacock, Augustus De Morgan, Francis Baily and Baden Powell all joined, bringing the membership up to a mximum of 179). And yet, unlike the Camden and Haklyut Societies, this HSS barely lasted three years, although it nominally existed until 1846.Was the problem an intrinsic lack of interest in the minutiae of Letters Illustrative of the Progress of Science in England from the Reign of Queen Elizabeth to that of Charles the Second and Popular Treatises on Science Written During the Middle Ages (the only two publications produced under the auspices of the Society)? Possibly so, especially as Halliwell's antiquarian approach did not suit key figures who might have supported his enterprise: Whewell was interested in grand synthesis, not archival minutiae; De Morgan felt there was insufficient rigour and knowledge brought to the analysis.However, the kiss of death was the scandal that hit its founder, James Orchard Halliwell. Better known now as a Shakespeare scholar, Halliwell had risen to notice at Trinity College, Cambridge, where Whewell was Master and Peacock his mathematics tutor. He was something of a prodigy, elected a Fellow of the Royal Society in 1839, before he was even 19.Halliwell's precipitous climb to the upper tiers of the British scientific elite was ended when he was accused of stealing manuscripts from Trinity College and, as a result, was banned from entering the Reading Room of the British Museum (later the British Library). The episode was described in the 1890 Dictionary of National Biography:    Several manuscripts from his Cambridge collection were purchased about 1843 by the trustees of the British Museum from Rodd, the bookseller, to whom Halliwell had sold them in 1840. In 1844 it was discovered that many of these manuscripts had previously belonged to the library of Trinity College, Cambridge, and had been missing from that library for five or six years. That the manuscripts were abstracted from Trinity College admitted of no doubt, and Whewell, the master of Trinity College, demanded their restoration at the hands of the trustees of the British Museum. Sir Henry Ellis, the chief librarian of the Museum, began an investigation, and on 10 Feb. 1845 issued an order forbidding Halliwell to enter the Museum until the suspicions attaching to him were removed. After many threats of actions at law on the part of all the persons interested, the matter dropped; the manuscripts remained at the Museum; but the order excluding Halliwell from the Museum was not rescinded. Halliwell asserted in a privately printed pamphlet (1845) that he had bought the suspected manuscripts at a shop in London, and his defence proved satisfactory to his friends.De Morgan was one of those who forgave him, but it seems unlikely that Whewell or Ellis, both of whom had supported his admittance to the Royal Society, did. While Halliwell continued a career in the study and publication of manuscripts, this venture in historical scientific publication was doomed to failure.It is eminently likely that Halliwell did "release" the manuscripts from Trinity. It is interesting how, very occasionally, those with a passion for such rarities have a sense of possession that slips over the line of legality. Another such case of this period, and within the same circles, was Guglielmo Libri – a mathematician named "books" who turned to history and, in the course of inspecting libraries and researching his History of Mathematical Sciences in Italy, stole thousands of unique items.Security, cataloguing and digitisation all make theft much more difficult, and identification much easier, than in the early 19th century. It is unlikely that these genuinely gifted scholars would have been so tempted had they been sitting in Trinity College Library or the Biblioteca Medicea Laurenziana today. Although, as with plagiarising or faking results in science, such things do occasionally – still – happen.