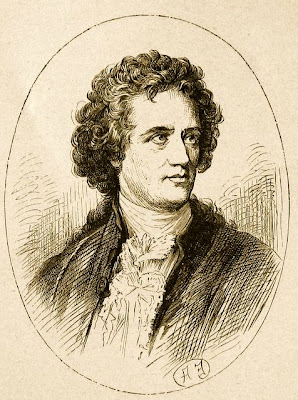 "In general, events we become aware of through experience are simply those we can categorize empirically after some observation. These empirical categories may be further subsumed under scientific categories leading to even higher levels. In the process we become familiar with certain requisite conditions for what it manifesting itself. From this point everything gradually falls into place under higher principles and laws revealed not to our reason through words and hypotheses, but to our intuitive perception through phenomena. We call these phenomena Urphänomen because nothing higher manifests itself in the world; such phenomena, on the other hand, make it possible for us to descend, just as we ascended, by going step by step from the Urphänomen to the most mundane occurrence in our daily experience. What we have been describing is an Urphänomen of this kind. On the one hand we see light or a bright object, on the other, darkness or a dark object. Between them we place turbidity and through his mediation colours arise from the opposites: these colours, too, are opposites, although in their reciprocal relationship they lead directly back to a common unity."--Goethe, Theory of Colours [paragraph 175].

This is the birthday of Johann Wolfgang von Goethe best known for his literary efforts [Faust] and a scientist as well.

"Goethe and the search for the spirit of science"

Perhaps the time is coming for thinkers to be braver, to push for a truer contemplation of nature that knows its aliveness

Johann Wolfgang von Goethe, although primarily known as a literary figure, did research in morphology, anatomy, and optics, and also developed a phenomenological approach to science and to knowledge in general.In his 1792 essay "The experiment as mediator between subject and object", Goethe developed an original philosophy of science, which he used in his research. The essay underscores his experiential standpoint. "The human being himself, to the extent that he makes sound use of his senses, is the most exact physical apparatus that can exist."His scientific works include his 1790 Metamorphosis of Plants and his 1810 book Theory of Colors. His work in optics, and his polemics against the reigning Newtonian theory of optics, were poorly received by the scientific establishment of his time.Arthur Schopenhauer expanded on Goethe's research in optics using a different methodology in his On Vision and Colors.Rudolf Steiner presents Goethe's approach to science as phenomenological in the Kürschner edition of Goethe's writings.[clarification needed] Steiner elaborated on this in the books Goethean Science (1883) and Theory of Knowledge Implicit in Goethe's World-Conception (1886). in which he emphasizes the need of the perceiving organ of intuition in order to grasp Goethe's biological archetype (i.e. The Typus).Steiner's branch of Goethean Science was extended by Oskar Schmiedel and Wilhelm Pelikan, who did research using Steiner's interpretations.Ludwig Wittgenstein's discussions of Goethe's Theory of Colors were published as Bemerkungen über die Farben (Remarks on Color)Goethe's vision of holistic science inspired biologist and paranormal researcher Rupert Sheldrake. He went to an Anglican boarding school and then took biology at Cambridge, studying "life" by killing animals and then grinding them up to extract their DNA. This was troubling. Rescue came when a friend turned him on to Goethe. This old German's 18th century vision of "holistic science" appealed to the young Brit very much. Sheldrake used Goethe to investigate how the lilies of the field actually become lilies of the field.American philosopher Walter Kaufmann argued that Freud's psychoanalysis was a "poetic science" in Goethe's sense.In 1998, David Seamon and Arthur Zajonc wrote Goethe's way of science: a phenomenology of nature.Biologist Brian Goodwin (1931-2009) in his book How the Leopard Changed Its Spots : The Evolution of Complexity claimed that organisms as dynamic systems are the primary agents of creative evolutionary adaptation, in the book Goodwin stated: "The ideas I am developing in this book are very much in the Goethean spirit." 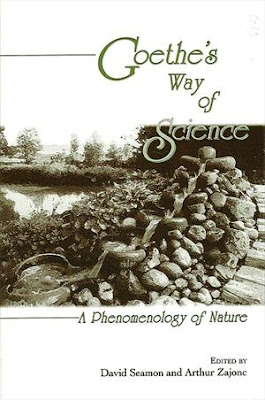 Goethe's Way of Science: A Phenomenology of Nature 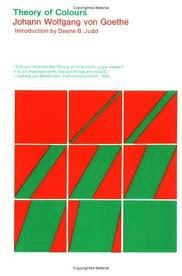