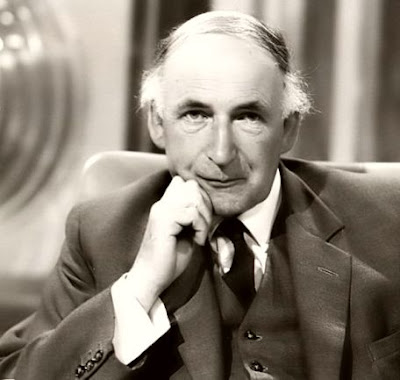 Sir Bernard Lovell, a pioneer in radar and radio telescopes from the days when the technology helped save Britain in World War II until the beginning of the space age, died Monday at his home in Swettenham Village, England. He was 98.His son, Bryan, confirmed the death.Mr. Lovell, who became widely known through his books, lectures and BBC television appearances, was especially renowned for creating the Jodrell Bank radio telescope, the only antenna that could track rockets in space in the early years of the space race between the United States and the Soviet Union.Mr. Lovell, who was knighted in 1961, was also the founder and until 1980 the director of what is now the Jodrell Bank Center for Astrophysics, near Manchester. The center’s 250-foot-wide white dish, mounted on latticework steel towers standing high in the English countryside, is today the third-largest steerable radio telescope in the world. (The largest is the Robert C. Byrd Green Bank Telescope in West Virginia, followed by the Max Planck Institute’s in Germany.)On Oct. 4, 1957 — just two months after the Jodrell Bank telescope began operating — the Soviets launched Sputnik atop an R-7 rocket that had been designed to deliver a nuclear warhead, and Western officials turned to Mr. Lovell and his telescope to track it. Sputnik emitted a radio signal that made it easy to follow, but only Mr. Lovell’s radio telescope could track the rocket that put Sputnik into orbit.When the battery in Sputnik that powered the radio signal ran out after 22 days, even the Soviets had to turn to Jodrell Bank for help in tracking it as it finished its three months of orbiting before falling back to Earth.As the United States and the Soviet Union competed in the race that ultimately led to the Moon, the Jodrell Bank antenna’s unique ability to track objects in space made Mr. Lovell an independent observer of each side’s claims to success.In 1958, the United States Air Force asked that the Jodrell Bank track an American attempt to launch a rocket to the Moon, and by that autumn NASA had contracted with the Jodrell Bank to provide tracking. In 1963 Mr. Lovell, because of his pre-eminence, became the first Westerner invited to the Soviets’ deep space tracking base in the Crimea.During World War II, Mr. Lovell led a team of scientists in developing a British airborne radar, H2S, to guide bombers to their targets.Alfred Charles Bernard Lovell was born on Aug. 31, 1913, in Oldland Common, near Bristol, England, the son of Gilbert and Laura Lovell. He later recalled a youthful trip to a science exhibition at which he saw “great sparks ripping across the lecture hall.” On a walk home, “for the first time, I looked up at the stars and wondered what they were.”Mr. Lovell received a bachelor of science degree in 1934 and a doctorate in 1936, both from the University of Bristol. The year he received his doctorate he was also appointed an assistant lecturer in physics at Manchester University, with which he was to be associated throughout his career. He became a fellow of the Royal Society in 1955.As early as 1941, while still focusing on radar’s uses in the war, Mr. Lovell and his mentor, Patrick M. S. Blackett, winner of the 1948 Nobel Prize in Physics, had published a paper titled “Radio Echoes and Cosmic Ray Showers.” American scientists in the 1930s had built radio telescopes, which can study objects in space through the radio waves they give off or by bouncing signals off bodies like the Moon to determine exact distances and locations, and had begun to lay out some procedures for exploring space.In 1945, Mr. Lovell returned to Manchester University with a trove of surplus military radar equipment, which he set up there. But electric trams running nearby produced overpowering interference, and he moved to property the university had bought before the war from the Jodrell family. The land included a high spot, or “bank,” and thus the telescope outpost acquired its name.With his scrap-market materials, Mr. Lovell tracked meteors, but in the summer of 1948 he proposed building an ambitious 250-foot dish that could be pointed anywhere in the sky. Among his arguments as he sought financing was that it could track the satellites that scientists predicted would someday be launched into space.In a link to the British Empire’s past, trunnions to support the dish were created using racks and pinions from the gun turrets of the decommissioned battleships Royal Sovereign and Revenge. Today, Jodrell Bank includes a range of research facilities built around the telescope, which bears Mr. Lovell’s name. And though its role tracking missiles at the dawn of the space age made it famous, most of its tracking time was spent on conventional astronomical research.Mr. Lovell was the author or co-author of more than two dozen books and published lectures, among them “The Individual and the Universe” (1959); “The Story of Jodrell Bank” (1968); and his autobiography, “Astronomer by Chance” (1990).An accomplished organist, Mr. Lovell played in the village church until his eyesight failed him in his late 80s. He also loved gardening and created a 10-acre garden at his home, La Quinta, which is open to the public.Mr. Lovell married Joyce Chesterman in 1937. She died in 1993. In addition to his son Bryan, Mr. Lovell is survived by another son, Roger; two daughters, Judith Ann and Philippa; 14 grandchildren; and 14 great-grandchildren.Mr. Lovell’s fame extended into the world of science fiction. A BBC scriptwriter appropriated his first name for the celebrated character Bernard Quatermass, a British rocket scientist who battles aliens.

Sir Bernard Lovell [Wikipedia]
Posted by Mercury at 11:54 AM