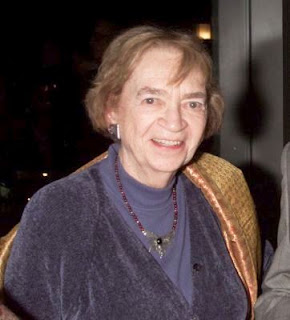 Associated Press
Judith Crist, a blunt and popular film critic for the “Today” show, TV Guide and the New York Herald Tribune whose reviews were at times so harsh that director Otto Preminger labeled her “Judas Crist,” has died. She was 90.Her son, Steven Crist, said his mother died Tuesday at her Manhattan home after a long illness. Starting in 1963, at the Tribune, Crist wrote about and discussed thousands of movies, and also covered theater and books. She was among the first reviewers of her time to gain a national following, and Roger Ebert credited her with helping to make all film critics better known, including such contemporaries as The New Yorker’s Pauline Kael and Andrew Sarris of the Village Voice.With the growing recognition of such foreign directors as Francois Truffaut and Federico Fellini, and the rise of such American filmmakers as Robert Altman and Martin Scorsese, the 1960s and 1970s were an inspiring time for movie reviewers. But Crist’s trademark quickly became the putdown.An early review was for “Spencer’s Mountain,” a sentimental family melodrama starring Henry Fonda and Maureen O’Hara. Unmoved by a story that became the basis for the TV series “The Waltons,” Crist denounced the film’s “sheer prurience and perverted morality” and cracked that “it makes the nudie shows at the Rialto look like Walt Disney productions.”The critic really poured it on for “Cleopatra,” the budget-busting historical epic that starred Elizabeth Taylor and Richard Burton and was overwhelmed by the actors’ off-screen love affair. “At best a major disappointment, at worst an extravagant exercise in tedium,” Crist called the film, dismissing Taylor as “an entirely physical creature, no depth of emotion apparent in her kohl-laden eyes, no modulation in her voice, which too often rises to fishwife levels.”Her conclusion: “The mountain of notoriety has produced a mouse.”Crist was occasionally banned from advance screenings, while studios and theaters would threaten to pull advertising. When her “Cleopatra” review brought her a prize from the New York Newspaper Women’s Club, officials at 20th Century Fox, which released the movie, withdrew from the ceremony.Preminger, whose “Hurry Sundown” she called the “worst film” she had seen in memory, referred to her as “Judas Crist.” After she condemned Billy Wilder’s cross-dressing classic “Some Like It Hot” for its “perverse” gags and “homosexual ‘in’ joke(s),” Wilder allegedly remarked that asking her to review your movie was like “asking the Boston strangler to massage your neck.”But Crist had many friends in the business, from Bette Davis to “Cleopatra” director Joseph Mankiewicz. She ran a film festival for decades out of suburban Tarrytown, N.Y., with guests including Robert Redford, Paul Newman and Steven Spielberg. Woody Allen liked her well enough to give her a cameo in his 1980 drama “Stardust Memories,” widely believed to have been based in part on Crist’s Tarrytown gatherings.She was born in New York in 1922 and would say that Charlie Chaplin’s silent masterpiece “The Gold Rush” was her first and most vivid film memory. By age 10, she had decided she wanted to be a reviewer; movies became her passion and her vice. She would cut classes for a chance to visit a theater or two, including a cherished day in which she took in showings of “Gone With the Wind,” ”The Grapes of Wrath” and “Grand Illusion.”Her edge was likely formed by her Dickensian childhood. The daughter of a successful fur trader, she lived in Canada until age 9, attending private school, enjoying the luxuries of multiple homes, live-in servants and the family’s bulletproof Cadillac. But in the 1930s, her father’s business was ruined by the Great Depression.“And then suddenly, our most gracious home was gone. The servants left,” she wrote years later in Time magazine. “After we lost the last of our homes, we moved to New York to get some kind of assistance from my mother’s family. Well, from both of my parents’ families. We lived in a small, one-bedroom apartment while my father went out on the road, recouping things.”She still managed to attend Hunter College and receive a master’s degree from Columbia University’s journalism school. In 1945, soon after graduation, she was hired as a feature writer by the Herald Tribune, where she remained until the paper closed, in 1966, and where colleagues included Jimmy Breslin and Tom Wolfe. In 1950, her education reporting brought her a George Polk Award, and she was honored five times by the New York Newspaper Woman’s Club.Crist reviewed film and theater for the “Today” show from 1964-73, and as a print critic worked for New York magazine, TV Guide and the New York Post. She was a longtime adjunct professor at Columbia and her essays, interviews and reviews have been compiled into three books: “The Private Eye, The Cowboy and the Very Naked Girl,” ”Judith Crist’s TV Guide to the Movies” and “Take 22: Moviemakers on Moviemaking.”Crist’s husband, public relations consultant William B. Crist, died in 1993. Their son, Steven Crist, covered horse racing for The New York Times and later became publisher of the Daily Racing Form.


"Judith Crist dies at 90; film critic 'most hated by Hollywood'"

Often caustic, Judith Crist was the longtime critic for the 'Today' show and 'TV Guide.' She was also the first woman to become a full-time film critic at a major American newspaper.

As one of America's most widely read and influential film critics from the 1960s through the '80s, Judith Crist was known for her often-caustic reviews that earned her a reputation as "the critic most hated by Hollywood."

Director Billy Wilder once joked that inviting Crist to review a film was "like asking the Boston Strangler for a neck massage."

Director Otto Preminger referred to her simply as "Judas Crist."

Crist, who gained national exposure as the longtime critic for the "Today"show and "TV Guide," died Tuesday at her home in Manhattan after a long illness, said her son, Steven Crist. She was 90.

A self-described "movie nut" since she marveled at a silent Charlie Chaplin in "The Gold Rush" as a child in the 1920s, Crist put in 18 years as a reporter, feature writer, second-string drama critic and arts editor at the New York Herald Tribune before she finally realized her childhood dream of becoming a movie critic in the early 1960s.

Thanks to a long New York newspaper strike, she began reviewing theater and movies on a local TV station in 1963. Her appearances caught the eye of the producer of NBC's "Today" show, and she began a 10-year freelance run as network TV's first theater and film critic.

And when the newspaper strike ended in 1963, Crist was named film critic at the Herald Tribune. She was the first woman to become a full-time film critic at a major American newspaper.

From the beginning, she gained notoriety as a gutsy critic who pulled no punches.

In a scathing review of "Spencer's Mountain," a family drama starring Henry Fonda and Maureen O'Hara, she blasted Radio City Music Hall for its Easter-time showing of a film "that for sheer prurience and perverted morality disguised as piety makes the nudie shows at the Rialto look like Walt Disney productions."

The review touched a nerve:Warner Bros.sent her a telegram barring her from its screenings, and Radio City withdrew its advertising from the paper.

"Was I fired — or moved elsewhere in the paper?" Crist said in a 1997 speech. No, she said, the Herald Tribune "simply ran an editorial decrying my nemeses as childish and declaring that the Tribune's critic, right or wrong, had the right of free speech."

Crist continued to exert that right in her reviews, including offering this assessment of the over-budget 1963 epic "Cleopatra," starring Elizabeth Taylor and Richard Burton: "At best a major disappointment, at worst an extravagant exercise in tedium."

"One of the joys of criticism is in wanting to share discovered pleasure," she once wrote. "You can't kill the trash, but at least you can give the good a push and pass it on."

A critic, she said in a 1989 interview with the Jerusalem Post, "is an individual voicing his or her own opinion. He's not the voice of God. In my reviews, I say what I think of a film and why, and my readers know my tastes by now. Some hate my taste, and so I'm reliable for them, too, since they know they'll like what I hate."

In 1971, Crist began hosting film weekends in Tarrytown, N.Y. She continued doing the popular weekend events, which included film screenings and appearances by actors and filmmakers, until 2006.

The daughter of a fur trader, she was born Judith Klein on May 22, 1922, in New York City and spent much of her childhood in Canada before the family returned to New York.

Movies were a constant.

"The greatest day of my life I cut school and went to see 'Gone With the Wind' at the Capitol for 25 cents, then across the street to the Rialto to see 'The Grapes of Wrath' and down to 42nd Street for 'Grand Illusion' on Broadway," she said in an interview with Eve's Magazine. "And there was still 75 cents left over to sustain us with an enormous chunk of many-layered whipped cream pie at Hector's."

A 1941 graduate of Hunter College, she received a master's degree in journalism from Columbia University in 1945.

From 1958 until last February, when she became ill, Crist was an adjunct professor of writing at the Columbia University Graduate School of Journalism.

Her husband, William B. Crist, an educational public relations consultant, died in 1993.

She is survived by her son, editor and publisher emeritus of the Daily Racing Form, who said his mother continued her lifelong love of the movies to the end.

"Absolutely," he said, "She watched many hours a day of Turner Classic Movies and was frequently discovering something she hadn't seen in 60 years." 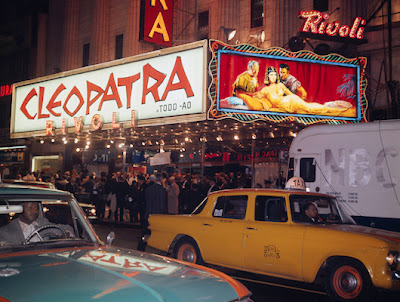