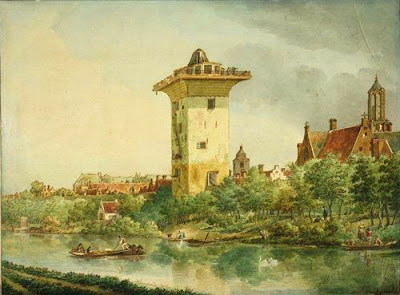 On June 16th , 2011, the Faculty of Science of Utrecht University announced its plans to restructure its efforts in research and education.  This decision effectively ends an almost 370-year old tradition of education and research in astronomy and astrophysics in Utrecht, which not only has produced eminent scientists such as Marcel Minnaert, Henk van de Hulst, Kees de Jager and Ed van den Heuvel, but in recent times also promising scientist who received major national (veni, vidi, vici) and international awards (a.o. Hubble , Chandra, and ESO fellowships).The closing of the Astronomical Institute means that as of August 2012, the institute and its (former) faculty members will no longer be involved in the education program in astrophysics. The faculty will continue to offer astrophysics in the bachelor phase.

Astronomical Institute Utrecht
The Astronomical Institute Utrecht houses the astrophysics research group of Utrecht University. Its program revolves predominantly around all aspects of observational and theoretical stellar research. The objects investigated range from studies of the nearest star, the Sun, to distant star clusters, and from young stars, to the end products of stellar evolution, supernova remnants, white dwarfs, and neutron stars. Extragalactic research is incorporated through a close collaboration with SRON, Netherlands Institute for Space Research.
The institute has a long history that dates back to the founding of an observatory in Utrecht in 1642, and among its members it counts famous scientists as Pieter van Musschenbroek (1692-1761), inventor of the first capacitor, and Marcel Minnaert (1893-1971), who was responsible for the famous Utrecht Atlas of the solar spectrum, and who invented the curve of growth method for doing quantitative spectroscopy. One of its most famous alumni is Henk van de Hulst (1918-2000), who as a student at Utrecht University made his seminal calculation of the 21 cm hydrogen transition, which is the most widely used transition used in radio astronomy.Originally astronomical research was done in the center of Utrecht, and since 1854 it was housed in Observatory  "Sonnenborgh", built on top of a bastion and part of the defense wall around the city center of Utrecht.  Since 1987 the institute is situated at the University campus, the Uithof. The rich history of stellar research in Utrecht can be seen in the old observatory "Sonnenborgh".

Martijn van Calmthout
Dutch astronomers are in shock over plans by Utrecht University to close its entire astronomy department by 2015. The closure of the renowned Utrecht Astronomical Institute (AIU), which dates back to 1642, is part of a plan to reduce a €6.3m budget deficit at the university’s department of natural sciences. More than 100 of the department’s 600 staff will lose their jobs, including 12 staff at the AIU, seven postdocs and nearly 40 PhD and Master’s students.The AIU, which has a budget of around €1.5m, is one of the world’s oldest astronomical institutes. Astronomers based at the AIU play a leading role in instrumentation and radio astronomy, in particular with the Low Frequency Array for Radio Astronomy and the Westerbork Synthesis Radio Telescope. The AIU is also closely connected to the Dutch space-research organization in Utrecht, which employs more than 150 people.In a statement, the AIU says that the university’s decision to close the institute is “absurd and arbitrary” and is not based on any arguments about research quality and excellence. The AIU’s scientific director Christopher Keller calls the cuts “totally unexpected” and “a complete disaster”, adding that expertise will be lost.Gerrit van Meer, dean of natural sciences, says the reason why the AIU is closing is that the university has overspent on infrastructure and buildings in the past 10 years. “Research at Utrecht is top quality yet we are still forced to make decisions about what is central in our research and education strategies,” says Van Meer. “Obviously, astronomy is not one of those areas.”Because astronomy draws in around 40 undergraduate students, the university is examining ways to keep some astronomy teaching intact after 2014. Indeed, Van Meer says that some staff may be retained but in teaching-only positions. The cuts will free around €15.7m in 2015, of which €5.4m will be reinvested by the university in areas such as theoretical physics, ecology and chemistry. Retired AIU solar physicist Kees de Jager says he has had sleepless nights since the announcement. “I am really upset,” he says. “This is like dropping the best player from a football team because it is winning all the time.”

"Sterrekundig Instituut Utrecht: The Last Years" by Christoph U. Keller

I describe the last years of the 370-year long life of the Sterrekundig Institute Utrecht, which was the second-oldest university observatory in the world and was closed in early 2012 after the Faculty of Science and the Board of Utrecht University decided, without providing qualitative or quantitative arguments, to remove astrophysics from its research and education portfolio.
Posted by Mercury at 5:11 PM