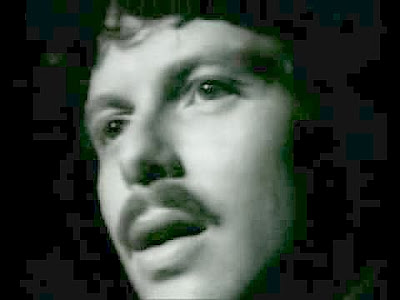 Scott McKenzie
January 10th, 1939 to August 18th, 2012
"San Francisco singer Scott McKenzie dies at 73"
Performer of San Francisco (Be Sure to Wear Flowers in Your Hair) died in Los Angeles
August 20th, 2012
guardian.co.uk
Scott McKenzie, the singer who performed San Francisco (Be Sure to Wear Flowers in Your Hair), which became a hit in 1967 during the city's Summer of Love has died; he was 73.A statement on McKenzie's website said he died on Saturday in Los Angeles.McKenzie battled Guillain-Barré Syndrome, a disease that affects the nervous system, and had been in and out of the hospital since 2010.San Francisco was written by John Phillips, the leader of the 1960s group the Mamas and the Papas,and it stood as an anthem for the counterculture movement.McKenzie also co-wrote Kokomo, a No 1 hit for the Beach Boys in 1988, and toured with the Mamas and the Papas in the 1990s.

Singer Scott McKenzie worked with John Phillips of the Mamas & the Papas and had a 1967 hit with 'San Francisco (Be Sure to Wear Flowers in Your Hair).' The song is often described as a 'flower-power anthem,' but he was uncomfortable with being an icon to the movement.

Scott McKenzie, whose 1967 hit single "San Francisco (Be Sure to Wear Flowers in Your Hair)" captured the spirit of the '60s flower-power movement and became a generational touchstone, has died. He was 73.McKenzie died Saturday at his home in Silver Lake, said Matt Pook, a longtime friend and neighbor.. A statement on his website said he had been ill with Guillain Barre Syndrome, a disease affecting the nervous system."If you're going to San Francisco, be sure to wear some flowers in your hair," McKenzie gently sang in his biggest hit, written by his longtime friend, John Phillips of the Mamas & the Papas.Phillips was inspired to write the song by the large influx of young people to San Francisco's Haight-Ashbury district and by the "gentleness and the love that he felt in the hippie movement," said Lou Adler, whose Ode Records released "San Francisco.""That's where the line 'gentle people' comes from," Adler, who co-produced "San Francisco" with Phillips, told The Times on Sunday. "John Phillips was a poet, and he was able to depict in a lyric a visual of the times. He found the voice in Scott McKenzie that was perfect for it, so smooth and beautiful."Scott sang like an angel. He had one of the most beautiful voices that ever had a rock 'n' roll hit.""San Francisco (Be Sure to Wear Flowers in Your Hair)," which was released in May 1967, rose to No. 4 on the Billboard chart and became a No. 1 hit in the United Kingdom and most of Europe.The song was released a month before the landmark Monterey International Pop Festival, which Phillips and Adler produced.McKenzie sang "San Francisco" during the Mamas & the Papas' set, and the song was used over the opening visuals of the ensuing "Monterey Pop" documentary.But having "San Francisco" described as a "flower-power anthem" or a "generational touchstone" made McKenzie uncomfortable, said Adler."Scott was a singer; he loved to sing, and the hits were ancillary to that," Adler said. "He was comfortable with the success of the record, but not what it made him, sort of iconic to that movement."Adler recalled going on a world tour with McKenzie and the Mamas & the Papas when "San Francisco" was "number one in the world, and Scott was dressed in robes and the look of the love generation."Large crowds greeted their plane at each stop. But when everyone else got off the plane when it landed in Amsterdam, McKenzie stayed behind."It took him awhile, and when he got off he was dressed as a cowboy," said Adler. "He was never willing to accept the role as the leader of that [flower-power] movement. He was a very gentle soul."McKenzie had a minor hit with "Like an Old Time Movie." But, according to the Scott McKenzie website, he "dropped out" in the late 1960s and moved to Joshua Tree in 1970 and later moved to Virginia Beach, Va.Born Philip Blondheim on Jan. 10, 1939 in Jacksonville Beach, Fla., McKenzie developed an interest in singing and playing guitar as a teenager in the mid-1950s. He was singing in a vocal group when he met Phillips in Alexandria, Va.They formed a quartet called the Abstracts, which became the Smoothies in 1959. After recording a few pop singles, McKenzie and Phillips formed a folk trio with Dick Weissman called the Journeymen, which recorded for Capitol Records in the early '60s. McKenzie reportedly turned down an opportunity to join the Mamas and the Papas in the 1960s, preferring to attempt a solo career.But in the late '80s, when original Mamas and the Papas member Denny Doherty left the new version of the group he and Phillips had formed, McKenzie replaced Doherty."I actually picked him up four years ago to play guitar in our backup band," Phillips told The Times in 1990. "He was doing yardwork in Virginia Beach, riding his bicycle, as healthy as a hummingbird, and then I came along and ruined his life once again."When Denny quit, it was only natural to move [McKenzie] up to the front line. I remember the night we told him, he almost collapsed on the spot. Denny had to go up and say, 'You can do it' — he never had any confidence in himself."McKenzie co-wrote the Beach Boys'1988 No. 1 hit "Kokomo" with Phillips, Mike Love and Terry Melcher. The song was used in the Tom Cruise movie "Cocktail."When Phillips left the Mamas & the Papas for health reasons in the early 1990s, Doherty returned to the group and McKenzie took over for Phillips. Phillips died in 2001.McKenzie, according to the McKenzie website, toured with the Mamas & the Papas through much of the '90s and thereafter performed occasionally.

Scott McKenzie, who performed the 1967 ballad “San Francisco (Be Sure to Wear Flowers in Your Hair),” which became a defining hit for the counterculture generation and helped draw tens of thousands to the Haight-Ashbury district for the Summer of Love, died on Saturday at his home in Los Angeles. He was 73.

The cause was unknown, said Dr. Frank Snyder, one of his physicians. A Web site devoted to Mr. McKenzie said that he had been ill for several weeks and that he suffered from Guillain-Barré syndrome, a disorder that causes the immune system to attack the nervous system.

“San Francisco” was written by John Phillips, a founder of the Mamas and the Papas, who had been a friend of Mr. McKenzie’s since high school. The two started a band called the Journeymen, which recorded several albums in the 1960s.

In the song, Mr. McKenzie sang lyrics like these with a slow, almost mournful cadence:

All across the nation, such a strange vibration.People in motion.There’s a whole generation, with a new explanation.
“San Francisco” hit a nerve with people looking to protest what they saw as an unjust social order, and it rocketed to No. 4 on the pop charts.

But despite the song’s success and a subsequent tour with the Mamas and the Papas, Mr. McKenzie never had another hit single. He took a break from the music business and moved to Virginia Beach, where he was married briefly to Anzy Wells, Dr. Snyder said.

In the late 1980s he made a comeback of sorts. He toured with a reconstituted Mamas and the Papas and, with Mr. Phillips, Mike Love and Terry Melcher, wrote “Kokomo,” an upbeat love song that became a No. 1 hit for the Beach Boys.

Born Philip Blondheim on Jan. 10, 1939, in Jacksonville, Fla., Mr. McKenzie grew up under difficult circumstances. His father died before he was 2 and his mother was forced to travel for work, so he was raised by his grandmother. No immediate family members survive.

In discussions with friends, he expressed mixed feelings about the song that defined his career and life. Fame in the short run had been overwhelming and even terrifying. He found it “sick” and “perverse” that strange women wanted to sleep with him.

But over time, his view of the song changed.

Chris Campion, who is writing a biography of John Phillips, interviewed Mr. McKenzie this year and said that the singer had told him that soldiers returning from Vietnam would sing the song on the airplane to San Francisco. He later became friends with some of those veterans and would tour the Vietnam Veterans Memorial with them.

“He was grateful that he had the opportunity to have such an impact on their lives,” Mr. Campion said. 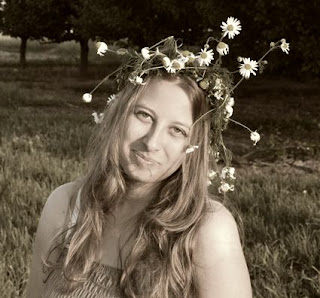 San Francisco (Be Sure to Wear Some Flowers in Your Hair)

Scott McKenzie [Wikipedia]
Posted by Mercury at 5:29 AM

Email ThisBlogThis!Share to TwitterShare to FacebookShare to Pinterest
Labels: Be Sure to Wear Some Flowers in Your Hair, Scott McKenzie