Can we inherit memories? 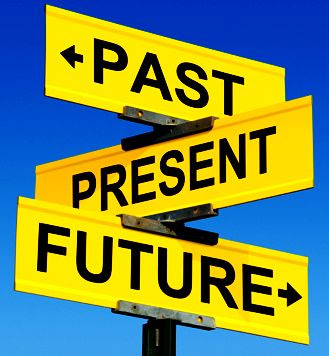 Wikipedia's entry...
In psychology, genetic memory is a memory present at birth that exists in the absence of sensory experience, and is incorporated into the genome over long spans of time. It is based on the idea that common experiences of a species become incorporated into its genetic code, not by a Lamarckian process that encodes specific memories but by a much vaguer tendency to encode a readiness to respond in certain ways to certain stimuli.Genetic memory is invoked to explain the racial memory postulated by Carl Jung. In Jungian psychology, racial memories are posited memories, feelings and ideas inherited from our ancestors as part of a "collective unconscious".Genetic memory and languageLanguage, in the modern view, is considered to be only a partial product of genetic memory. The fact that humans can have languages is a property of the nervous system that is present at birth, and thus phylogenetic in character. However, perception of the particular set of phonemes specific to a native language only develops during ontogeny. There is no genetic predisposition towards the phonemic makeup of any single language. Children in a particular country are not genetically predisposed to speak the languages of that country, adding further weight to the assertion that genetic memory is not Lamarckian.
Historical viewsIn contrast to the modern view, in the 19th century, biologists considered genetic memory to be a fusion of memory and heredity, and held it to be a Lamarckian mechanism. Ribot in 1881, for example, held that psychological and genetic memory were based upon a common mechanism, and that the former only differed from the latter in that it interacted with consciousness. Hering and Semon developed general theories of memory, the latter inventing the idea of the engram and concomitant processes of engraphy and ecphory. Semon divided memory into genetic memory and central nervous memory.This 19th-century view is not wholly dead, albeit that it stands in stark contrast to the ideas of neo-Darwinism. In Modern Psychology, Genetic memory is generally considered a false idea. However, psychologists such as Stuart A. Newman and Gerd B. Müller have contributed to the idea in the 21st century.ParapsychologySome parapsychologists[who?] have postulated that specific experience is encoded in genes, and proposed this as an explanation for past life regression. However, most parapsychologists generally dismiss this, on grounds that in those cases where past life regression has been considered, the subjects have no genetic link with the people whose lives they are considered to have regressed to; and that the idea is unsound as a mechanism for explaining how events could be recalled from past lives of people at points in those lives after they had children. Parapsychologists generally agree with the biological view that genetic traits are dispositional — i.e. that they merely encode a disposition to react in certain ways to environmental stimuli, and not actual memory or experience.

"In Andalusia, on the Trail of Inherited Memories"

[Doreen Carvajal, a reporter for The International Herald Tribune and The New York Times, is the author of “The Forgetting River: A Modern Tale of Survival, Identity and the Inquisition.”] 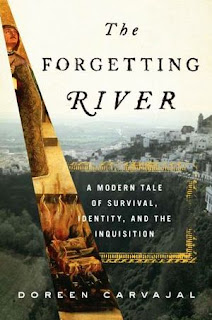 The Forgetting River: A Modern Tale of Survival, Identity, and the Inquisition

Email ThisBlogThis!Share to TwitterShare to FacebookShare to Pinterest
Labels: memories