Who pays for archaeological excavations? 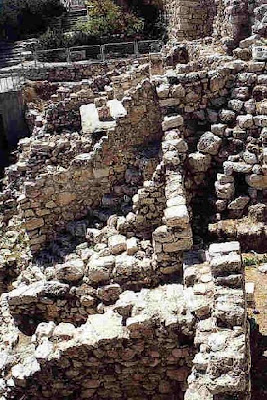 I often wondered about this...who funds archaeological excavations? I would have discovered the answer if I had finished my Ph.D. application at The Oriental Institute some 40 years ago. But on the surface one would assume that the university or organization would be the principle funders with some assistance from the host country and private donations.

"Archaeological Views: Who Pays for Excavations?"

Biblical Archaeology Review
In a recent issue of this column, David Ilan objects to the City of David excavations because Elad, a foundation that supports the excavations, has a religious and political agenda.

But this is nothing new in the history of archaeology. Fieldwork is expensive; every field archaeologist is dependent on finding a source of funding, and funders invariably come with agendas-and always have.

It is unfair to castigate the City of David excavators for accepting the sponsorship of the Elad Foundation without being clear about the larger context. Hershel Shanks has already pointed out in his preface to Ilan's column that Hebrew Union College (HUC), whose center for archaeology Ilan directs, and which supports the Tel Dan excavations, is itself a biased religious institution: the ordaining body of the American Reform Judaism movement.

The earliest sites excavated in 19th-century Palestine were almost exclusively Biblical sites, that is, sites the excavators hoped would yield remains from the First Temple period. This was because Biblical issues interested both the field archaeologists and their funders. The British Palestine Exploration Fund excavated many of these early sites, and most of the prominent subscribers who financed the Fund’s excavations became interested because of religious and political agendas. A good example is Lord Henry Palmerston, a foreign secretary (and later prime minister) of Britain who was noted for his millennialist Christian beliefs.

The situation in the United States has been no different. The first American excavation in Palestine was Harvard's Samaria expedition, which was financed almost entirely by banker Jacob Schiff. Schiff's sole interest in antiquity came from his desire to aggrandize the Jews and their ancient accomplishments in the eyes of the public and academia. In this the funder was like the Elad Foundation.

Examples of similar private financing motivated by something other than pure scientific interest abound. John Garstang's expedition to Jericho was supported by Sir Charles Marston, a major British automobile manufacturer with strong church involvements that motivated his interest in Biblical archaeology.

In the 1960s the picture temporarily changed. The "new archaeology" incorporated ideas and methodologies of the hard sciences (as well as the social sciences) into the discipline. Research on questions of Biblical import were soon considered retrograde, irrelevant and non-scholarly. The focus turned instead to statistical analysis of archaeological data and theoretical approaches to anthropological problems. Soon a terminological shift occurred as well, as the very term "Biblical archaeology" was abandoned in favor of the less religiously weighted "Syro-Palestinian archaeology." Today, with modern shifts in worldwide political terminology, this term also is politically loaded, but it has not yet been abandoned.

By happy coincidence, during these years of fast-moving scientific methodology, the National Endowment for the Humanities (NEH), the National Science Foundation and some other government grants were available to support excavations, including some whose scientific methodology became formative. Gezer, for example, was supported by a Smithsonian grant, as well as by HUC and numerous other smaller funding sources, both public and private. Tell el-Hesi was supported by an NEH grant as well as funding from the Smithsonian and many universities and colleges.

Even when government funding was most forthcoming (it is much less ample today), private foundations still supported many of the major excavation projects in Israel, and the reason these projects were able to attract private funding was their Biblical connections. A tie with Biblical history makes a site more appealing to the lay philanthropist than a prehistoric or Islamic period site ever can. Such sites are seen as having greater potential for exciting-even newsworthy-finds, as lay interest in archaeology in Israel still comes back to the Bible at either a conscious or subconscious level.

Among the several major excavations of the 1980s that relied on philanthropic foundations for their funding were Tell Miqne (partially supported by the philanthropist Joy Ungerleider Mayerson) and Ashkelon (partially supported by Leon Levy). Even though this new generation of philanthropists had a greater understanding of the scientific import of the excavations, the draw was still proximity to Biblical issues and sometimes also the desire to support educational endeavors in the State of Israel (including supporting the participation of young American volunteers).

This brings us to the present. A newly discovered inscription has been announced to the archaeological community as well as to the public. The inscription comes from a site that was never excavated before, that has tenth-century remains and that is close to Jerusalem: Khirbet Qeiyafa. The excavator, Yossi Garfinkel of the Hebrew University, has spent much of his career excavating Neolithic sites. This new site is different because it dates to a historic period, and his presentation to the public thus far is different too. In his original press release Garfinkel mentioned an inscribed sherd as being from the "time of King David." One cannot help but wonder about the choice of this nonscientific terminology-after all, many archaeologists don’t even agree that King David ever existed. But Garfinkel's excavations are partially funded by an organization called the Foundation Stone. Like Elad, the founders and backers of Foundation Stone hope their work will strengthen the tie of the Jewish people to the land of Israel. Foundation Stone specifically focuses on Jewish education-presenting maps, artifacts and locations in Israel in terms of Jewish identity.

We archaeologists don't like to admit it, but all private funding sources have agendas. Even at the lower level, many of the consortium members that commonly help support excavations in terms of both staff and funding are religious colleges and seminaries. Whenever one accepts philanthropy, there is, as Ilan has phrased it, a moral price attached. That some foundations are more overtly political while others are more subtle in their stated interests is less relevant than we would like to think; it is, after all, only a matter of degree.
Posted by Mercury at 4:23 PM

so who is funding all the digs in the Americas? as i traveled thru Guatemala, Belize and Honduras archaeologists were only out numbered by the missionaries....hmmm could it be the Mormons looking for validation?

I think the same applies to Central and South America. Big time university funding and large organizations like National Geographic and Discover magazine and channel. I do recall some big court cases from some country in South America and Yale or Princeton Universities. Also some museums get involved.