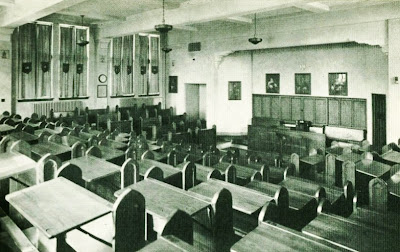 Is this a cause for some concern? Is there a conflict of interest...however subtle? Frankly, the Goldman Sachs fee of $135,000 is a bit exorbitant. When I gave lectures, I got a meal in the school cafeteria and a T-shirt. I should have charged more.

Mr. Summers, the director of the National Economic Council, wields important influence over Mr. Obama's policy decisions for the troubled financial industry, including firms from which he recently received payments.

Last year, he reported making 40 paid appearances, including a $135,000 speech to the investment firm Goldman Sachs, in addition to his earnings from the hedge fund, a sector the administration is trying to regulate.

The White House released hundreds of pages of financial disclosure forms, which are required of all West Wing officials. A White House spokesman, Ben LaBolt, said the compensation was not a conflict for Mr. Summers, adding it was not surprising because he was "widely recognized as one of the country’s most distinguished economists."

Mr. Summers’s role at the White House includes advising Mr. Obama on whether - and how - to tighten regulation of hedge funds, which engage in highly sophisticated financial trading that many analysts have said contributed to the economic collapse.

Mr. Summers, a former president of Harvard University, was Treasury secretary in the Clinton administration. He appeared before large Wall Street companies like Citigroup ($45,000), J. P. Morgan ($67,500) and the now defunct Lehman Brothers ($67,500), according to his disclosure report. He reported being paid $10,000 for a speaking date at Yale and $90,000 to address an organization of Mexican banks.

While Mr. Obama campaigned on a pledge to restrict lobbyists from working in the White House, a step intended to reduce any influence between the administration and corporations, the ban did not apply to former executives like Mr. Summers, who was not a registered lobbyist. In 2006, he became a managing director of D. E. Shaw, a firm that manages about $30 billion in assets, making it one of the biggest hedge funds in the world.

"Dr. Summers was not an adviser to or an employee of the firms that paid him to speak," Mr. LaBolt said.

He added, "Of course, since joining the White House, he has complied with the strictest ethics rules ever required of appointees and will not work on specific matters to which D. E. Shaw is a party for two years."

why do i have this feeling....i have heard this before....reminds me of that old Nixon axiom....Truth is the last refuge you have when creativity fails you....Truth is for those who lack imagination....