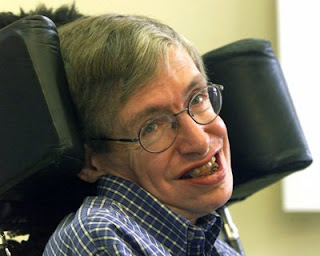 The spokesman said the 67-year-old, who has motor neurone disease, had "been unwell for a couple of weeks".

Prof Hawking has worked at the Department of Applied Mathematics and Theoretical Physics at Cambridge University for more than 30 years.

Prof Hawking, who speaks with the aid of a voice synthesiser, has three children and one grandchild.

"We all hope he will be amongst us again soon."

The university said Hawking has been fighting a chest infection for several weeks, and was being treated at Addenbrooke's Hospital in Cambridge, the university city north of London.

''Professor Hawking is very ill,'' said Gregory Hayman, the university's head of communications. ''He is undergoing tests. He has been unwell for a couple of weeks.''

Later in the afternoon, Hayman said Hawking was ''now comfortable but will be kept in hospital overnight.''

Hawking, 67, gained renown for his work on black holes, and has remained active despite being diagnosed at 21 with ALS, (amyotrophic lateral sclerosis), an incurable degenerative disorder also known as Lou Gehrig's disease.

For some years, Hawking has been almost entirely paralyzed, and he communicates through an electronic voice synthesizer activated by his fingers.

Hawking was involved in the search for the great goal of physics -- a ''unified theory'' -- which would resolve contradictions between Albert Einstein's General Theory of Relativity, which describes the laws of gravity that govern the motion of large objects like planets, and the Theory of Quantum Mechanics, which deals with the world of subatomic particles.

''A complete, consistent unified theory is only the first step: our goal is a complete understanding of the events around us, and of our own existence,'' he wrote in his best-selling book, ''A Brief History of Time,'' published in 1988.

In a more accessible sequel ''The Universe in a Nutshell,'' published in 2001, Hawking ventured into concepts like supergravity, naked singularities and the possibility of a universe with 11 dimensions.

Hawking had canceled an appearance at Arizona State University on April 6 because of his illness.

''Professor Hawking is a remarkable colleague. We all hope he will be amongst us again soon,'' said Professor Peter Haynes, head of the university's Department of Applied Mathematics and Theoretical Physics.

Due to very high demand, the website has been simplified to keep the server online. We apologise for the lack of in-depth content, which would normally be available here.

Professor Hawking is comfortable, but will be spending the night in hospital. The Cambridge University Press Office have a statement to this effect, and do not expect to have any further updates until mid-morning tomorrow.

Professor Hawking is being kept in for observation at Addenbrooke's hospital this morning. He is comfortable and his family is looking forward to him making a full recovery.
Posted by Mercury at 8:54 AM