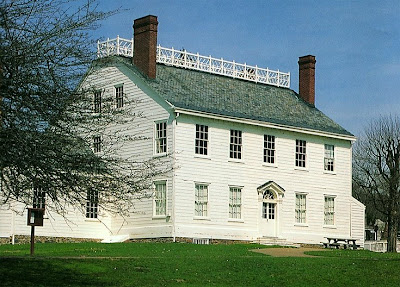 Looks like the Joseph Priestley House will be closed do to lack of interest and funds. Maybe the ACS will come to the rescue.

"Priestley House May Be Shuttered"

Chemical & Engineering News
State budget cuts may force closure of the Joseph Priestley House, an ACS Historic Chemical Landmark in Northumberland, Pa., as early as this summer. An internal review by the Pennsylvania Historical & Museum Commission (PHMC), the state agency that runs the site, has recommended it be shuttered due to low visitation and limited growth potential.

Priestley is widely known for his 1774 discovery of oxygen in England. There are no other existing historical sites associated with Priestley, who was also known for political and religious activism upon his immigration to the U.S.

Five other historical sites in Pennsylvania were recommended for closure by the PHMC internal review because of budget cuts expected in the coming fiscal year.

"When we say 'close,' in each case we are trying to find other solutions for the site," PHMC Executive Director Barbara Franco says. "We're not going to walk away from it and let it deteriorate," she says of the Priestley House and other sites. "We are asking ourselves, 'Who cares about this site? Who will help us solve this problem?' " She says PHMC will hold a public meeting at the Priestley House at 7 PM on April 9 when stakeholders may voice their concerns.

But Amanda Kessler, director of the nonprofit Friends of Joseph Priestley House (FJPH), feels blindsided by the PHMC closure recommendation. She says her group, which helps operate and raise money for the site, hasn't been given enough notice to find alternatives to state funding.

"I hope they follow through," Kessler says of Franco's search for solutions. "Actions speak louder than words."

Both organizations have looked to ACS for help. The PHMC internal review, for example, suggests that FJPH should enter a management agreement with ACS and Pennsylvania State University to manage the Priestley House.

But ACS is noncommittal at this stage. ACS Director of Public Affairs Glenn S. Ruskin says his office is working with society members in Pennsylvania to make sure there is a strong show of support at the April 9 meeting to keep the site open.

"We want to see if we can reverse the PHMC decision," Ruskin says. "Would ACS support the site if it is closed? I don't know. That would have to be decided further down the road."

Priestley Society
Posted by Mercury at 6:14 AM