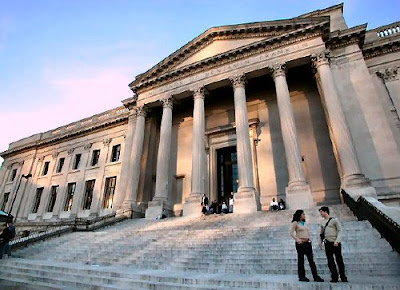 "Courtship of the spyglass"

How the Franklin Institute wooed the only remaining functional telescope made by Galileo out of Florence to celebrate astronomy and "the father of modern physics."

Philadelphia The Inquirer
The Italian museum's director pulled out a stack of letters and, one by one, laid them atop his desk at the Institute and Museum of the History of Science in Florence.

It was late 2007 and appeals were pouring in from museums in China, Korea, Germany, New York, Chicago, and a host of cities around the globe, though the International Year of Astronomy was still more than a year away.

Martha McGeary Snider, a Philadelphia philanthropist and board chair of the Medici Archive Project, was in Florence that day, scanning the letter-cloaked desktop.

"It was intimidating," she recalled this week. But in the end, Philadelphia's Franklin Institute won exclusive rights to exhibit the telescope, along with a trove of artifacts that belonged to the Medicis, the powerful Florentine family whose prosperity and influence spanned the 14th through the 18th centuries.

It is the first instance since Galileo's time that the instrument, 3 feet long and looking like a weathered cardboard tube, has left Florence.

"Galileo, the Medici, and the Age of Astronomy," timed to coincide with the International Year of Astronomy and the 400th anniversary of Galileo's first "spyglass," opens Saturday, marking the consummation of what Snider and Dennis Wint, the Franklin's president and chief executive, have called a long, and challenging, courtship.

When Wint met in Italy with Snider and Galluzzi in late 2007, he was coming off the Franklin's hugely successful leg of the traveling "King Tut and the Golden Age of the Pharaohs" exhibition, which drew 1.37 million visitors. That, plus its reputation as a preeminent science institution, and Philadelphia's location in the Northeast Corridor, helped convince the Italians that the Franklin was prepared to host some of their most revered artifacts.

Galluzzi and his museum wanted to be a presenter, not just a lender, and they have been involved throughout the preparations. Three Italian curators have overseen the protection, movement and placement of the telescope and other instruments that belonged to Galileo, as well as paintings of Medicis, prints, manuscripts, and their hands-on virtual counterparts.

Even before advancing to the exhibition's interactive playpen of optics, which might assuage those pining to press an eye to Galileo's untouchable 400-year-old lens, visitors will notice light glinting off brass tools, whose crisp inscriptions and hash marks belie their ages and utility. Their ornamental designs suggest that such tools were considered objects of art unto themselves, inanimate soldiers in an army of possessions the Medicis saw as symbols of their influence.

(After his late-1609 discovery of four moons orbiting Jupiter - which he named after the Medicis - Galileo successfully lobbied Grand Duke Cosimo II to sponsor his work. Celebrity followed. In an irony not lost on Snider, the legacy of the Medicis now is being amplified by the ongoing popularity of one of their many beneficiaries.)

"There were lots of institutions that wanted only the telescope," Wint says. "That's not sufficiently comprehensive for us. And so the bigger story of Galileo and the context of the time is really the story that we wanted to tell, and that's what makes it so unique here."

"Galileo" is what Wint calls a mission exhibition. It doesn't have the glitz or popular appeal of blockbusters like those that have featured Tut, "Body Worlds," the Titanic, Star Wars or, opening in May, Star Trek. Those shows provide the profit margin that makes exhibitions such as "Galileo" possible.

"The business model is 'no margin, no mission,' " he says. "You may have the greatest mission in the world, but you can't sustain it. 'Galileo' allows us to say, 'This is our mission. It is unique, it is once-in-a-lifetime, only in Philadelphia, only in the United States, one of only two sites in the world - it's here.'"

"To what extent will our audience respond to a heavily historic exhibition is a question. Even if the attendance is relatively small, we would still do it because it's so important. It's such an important story to be told."

In March 1610, Galileo sent Cosimo II, the fourth grand duke of Tuscany and a Medici whom he had taught as a child, a treatise called "Starry Messenger." He wrote that he had devised a "spyglass" and had seen the face of the moon, fixed and nebulous stars, and the Milky Way. But his focus was "four planets flying around the star of Jupiter at unequal intervals and periods with wonderful swiftness; which, unknown by anyone until this day," he named "the Medicean Stars."

It was a tantalizing stroke - Galileo, claiming God had "admonished me" to do so, had granted to mortals the naming rights to heavenly bodies, which until then belonged only to mythological figures. He became the Medicis' highest-paid employee of his time.

For Derrick Pitts, the Franklin Institute's chief astronomer (and, on Monday night's Colbert Report, Galileo's entree into late-night television), the arrival and unpacking of the telescope - one of two that have survived since Galileo's time - was "a semi-religious experience."

During that brief part of an afternoon last week, no barrier separated him from the tool that today seems quaint when compared to most amateur telescopes, let alone to one of its most productive descendants, the Hubble Space Telescope.

"Here I am, standing inches away from the instrument that opened the heavens to astronomical research," Pitts says. "And here I am at the tool of a master, someone who not only crafted the telescope, but had the wherewithal to really understand the implications of what it was he was doing."

Galileo's work helped establish the scientific method. It led to Isaac Newton's laws of motion and, eventually, to Einstein's special theory of relativity.

It also led to his epic rift with the Catholic Church. But that's a tale better left to the exhibition itself.

The agreement to send the artifacts to Philadelphia was galvanized, Snider says, as she and Wint dined with Galluzzi in Florence in late 2007. She watched the two of them talking, and her eyes briefly caught Wint's.

Later, as they walked along the cobblestone streets, "that's when I felt like my feet weren't quite touching the ground. And we just looked at each other, and Dennis said, 'You know what? I think this might happen.' "


Galileo's telescope in Philadelphia
Posted by Mercury at 8:04 AM