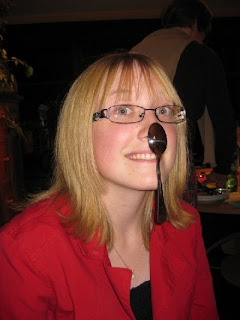 Is genius/creativity in an individual...

PhysOrg.com
When one thinks of Einstein, it is natural to assume that obviously his brain differed from that of the average person. And, ever since Thomas Harvey, a pathologist in Princeton, removed Einstein's brain upon his 1955 death and documented it, scientists have been studying it. Currently, Einstein's brain is in 240 pieces, mounted on slides. However, measurements and photographs were taken of the brain prior to its dis-assembly, and these photos are pored over every few years by those wishing to unravel the secrets of the brain belonging to one of the geniuses of the 20th Century.

In 1999, an anatomical study of Einstein's brain was made. Interestingly, reports Science Now, his brain was smaller than average:

"One parameter that did not explain Einstein's mental prowess, however, was the size of his brain: At 1230 grams, it fell at the low end of average for modern humans."

This meant that it was necessary to study the other intricacies of his brain. If Einstein's overall brain were at the smaller end, perhaps there were other things to find. The 1999 study by a team in Canada found that Einstein's parietal lobes were 15% wider than average. Science Now points out that these lobes are usually connected to spatial and visual cognition, as well as mathematics.

A new study has found even more differences in Einstein's brain. Dean Falk works at Florida State University and has studied the photographs of Einstein's brain in detail. In addition to the parietal lobes, Falk claims to have discovered a pattern of ridges and grooves in those wider lobes that is rare. This rare pattern is thought to have contributed to Einstein's visual thinking when it came to physics.

Another difference Falk found is related to a knob found in the motor cortex. Science Now describes the implications of this knob in the brain:

"[ I ]n other studies, similar "knobs" have been associated with musical ability. (Einstein had played the violin avidly since childhood.)"

The idea is that what made Einstein a genius has more to do with the structure of his brain, than its size. However, it is important to keep in mind that Einstein's brain in its totality can only be studied via photograph and compared to other photographs. And, of course, the brain is a complex and still-mysterious organ. But it may be that we can glean some additional insight from studying the structure of Einstein's brain.