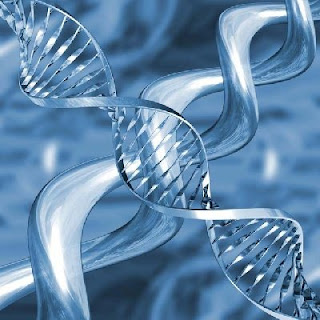 "If you haven’t done anything wrong, you have nothing to fear," he said.

This is a matter of concern.

The New York Times
Law enforcement officials are vastly expanding their collection of DNA to include millions more people who have been arrested or detained but not yet convicted. The move, intended to help solve more crimes, is raising concerns about the privacy of petty offenders and people who are presumed innocent.

Until now, the federal government genetically tracked only convicts. But starting this month, the Federal Bureau of Investigation will join 15 states that collect DNA samples from those awaiting trial and will also collect DNA from detained immigrants — the vanguard of a growing class of genetic registrants.

Law enforcement officials say that expanding the DNA databanks to include legally innocent people will help solve more violent crimes. They point out that DNA has helped convict thousands of criminals and has exonerated more than 200 wrongfully convicted people.

But criminal justice experts cite Fourth Amendment privacy concerns and worry that the nation is becoming a genetic surveillance society.

"DNA databases were built initially to deal with violent sexual crimes and homicides — a very limited number of crimes," said Harry Levine, a professor of sociology at City University of New York who studies policing trends. "Over time more and more crimes of decreasing severity have been added to the database. Cops and prosecutors like it because it gives everybody more information and creates a new suspect pool."

Courts have generally upheld laws authorizing compulsory collection of DNA from convicts and ex-convicts under supervised release, on the grounds that criminal acts diminish privacy rights.

DNA extraction upon arrest potentially erodes that argument, a recent Congressional study found. "Courts have not fully considered legal implications of recent extensions of DNA-collection to people whom the government has arrested but not tried or convicted," the report said.

Minors are required to provide DNA samples in 35 states upon conviction, and in some states upon arrest. Three juvenile suspects in November filed the only current constitutional challenge against taking DNA at the time of arrest. The judge temporarily stopped DNA collection from the three youths, and the case is continuing.

Sixteen states now take DNA from some who have been found guilty of misdemeanors. In South Carolina in 2007, a court ordered a DNA sample to be taken from a man found guilty of loitering for the purpose of prostitution.

As more police agencies take DNA for a greater variety of lesser and suspected crimes, civil rights advocates say the government’s power is becoming too broadly applied. "What we object to — and what the Constitution prohibits — is the indiscriminate taking of DNA for things like writing an insufficient funds check, shoplifting, drug convictions and other cases where police don't have a need to obtain DNA because it’s not relevant to charges facing them," said Michael Risher, a lawyer for the American Civil Liberties Union.

This year, California began taking DNA upon arrest and expects to nearly double the growth rate of its database, to 390,000 profiles a year from 200,000.

One of those was Brian Roberts, 29, who was awaiting trial for methamphetamine possession. Inside the huge Twin Towers Correctional Facility in Los Angeles last month, Mr. Roberts let a sheriff’s deputy swab the inside of his cheek.

Mr. Roberts's DNA will be translated into a numerical sequence at the F.B.I.'s DNA database, the largest in the world.

The system will search for matches between Mr. Roberts's DNA and other profiles every Monday, from now into the indeterminate future — until one day, perhaps decades hence, Mr. Roberts might leave a drop of blood or semen at some crime scene.

Law enforcement officials say that DNA extraction upon arrest is no different than fingerprinting at routine bookings and that states purge profiles after people are cleared of suspicion. In practice, a number of defense lawyers say this is a laborious process that often involves a court order. (The F.B.I. says it has never received a request to purge a profile from its own database.)

When DNA is taken in error, expunging a profile can be just as difficult. In Pennsylvania, where DNA cannot be taken from juveniles for misdemeanors, Ellyn Sapper, a Philadelphia public defender, has spent weeks trying to expunge the profile of a 14-year-old boy guilty of assault and bicycle theft — his first misdemeanor. "I'm going to have to get a judge's order to make sure that all references to his DNA are gone," she said.

The police say that the potential hazards of genetic surveillance are worth it because it solves crimes and because DNA is more accurate than other physical evidence. "I've watched women go from mug-book to mug-book looking for the man who raped her," said Mitch Morrissey, the Denver district attorney and an advocate for more expansive DNA sampling. "It saves women's lives."

Mr. Morrissey pointed to Britain, which has fewer privacy protections than the United States and has been taking DNA upon arrest for years. It has a population of 61 million — and 4.5 million DNA profiles. "What you find is that about 8 percent of the people commit about 70 percent of your crimes, so if you can get the majority of that community, you don’t have to do more than that," he said.

In the United States, 8 percent of the population would be roughly 24 million people.

Britain may provide a window into America's genetic surveillance future: As of March 2008, 857,000 people in the British database, or about one-fifth, have no current criminal record. In December, the European Court of Human Rights ruled that Britain's practice of collecting DNA profiles from innocent people, including children as young as 10, violated international privacy protections.

Critics are also disturbed by the demographics of DNA databases, and again Britain’s example is instructive. According to a House of Commons report, 27 percent of black people and 42 percent of all black males are genetically registered, compared with 6 percent of white people.

As in Britain, expanding genetic sampling in the United States could exacerbate racial disparities in the criminal justice system, according to Hank Greely, a Stanford University Law School professor who studies the intersection of genetics, policing and race. Mr. Greely estimated that African-Americans, who are about 12 percent of the national population, currently make up 40 percent of the DNA profiles in the federal database, reflective of their prison population. He also expects Latinos, who are about 13 percent of the population and committed 40 percent of last year's federal offenses — nearly half of them immigration crimes, including illegal entry — to dominate DNA databases.

Enforcement officials contend that DNA is blind to race. Federal profiles include little more information than the DNA sequence and the referring police agency. Subjects’ names are usually kept by investigators.

Rock Harmon, a former prosecutor for Alameda County, Calif., and an adviser to crime laboratories, said DNA demographics reflected the criminal population. Even if an innocent man's DNA was included in a genetic database, he said, it would come to nothing without a crime scene sample to match it. "If you haven't done anything wrong, you have nothing to fear," he said.
Posted by Mercury at 11:28 AM