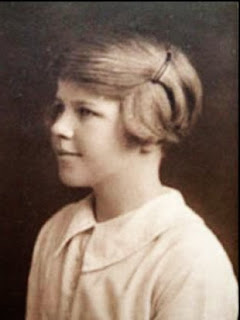 Oxford Mail
THE story of how an 11-year-old Oxford schoolgirl named the planet Pluto is explored in a new documentary which premiered in the city this week.

Venetia Burney Phair came up with the title over breakfast on March 14, 1930, after her grandfather, Falconer Madan— a former head of the Bodleian Library — read about the discovery of a new planet in The Times.

Venetia lived in North Oxford and attended the now-defunct Pelican School in the city centre.

During an outdoor lesson on planetary science at the University Parks at the age of 10, her interest in astronomy was sparked.

Her schooling had also taught her that planets had been named after classical gods, and that Pluto had not been used.

In the new 13-minute documentary, Naming Pluto, Mrs Burney Phair recalled: "It was about 8am and I was having breakfast with my mother and my grandfather, and my grandfather, as usual, opened the paper, The Times, and in it he read that a new planet had been discovered."

"He wondered what it should be called, we all wondered, and then I said 'why not call it Pluto?' and the whole thing stemmed from that."

Mrs Burney Phair's grandfather liked the name and mentioned it to colleagues at the Bodleian Library and to his friend Herbert Hall Turner, a former president of the Royal Astronomical Society.

The suggestion was then sent by telegram to the Lowell Observatory in Arizona, which had the planet's naming rights, and the title was made official on May 1, 1930.

To celebrate, Mr Madan gave £5 to Venetia and her school.

The school spent it on a wind-up gramophone which they subsequently used for music appreciation lessons.

However, until 2007 Mrs Burney Phair had never seen her planet through a telescope. The short film, which was shown as part of the OxDox festival at the Ultimate Picture Palace in Jeune Street, East Oxford, on Wednesday, records the quest for her to see it.

During the film's production, the International Astronomical Union controversially demoted Pluto to a 'dwarf planet' following a reclassification of the solar system, and the British weather caused a year-long hold up as it did its best to deny Mrs Burney Phair a clear view.

Director and producer Ginita Jimenez said: "It's an extraordinary story."

"It's one of those touching human stories in British science history which we rarely come across and that travels over and above anyone who's interested in science or astronomy — it's for everybody. I read a very small article about it in a broadsheet in the summer of 2006 and I thought 'what an incredible story'."

"Secondary to that was the fact she had never had the chance to view the planet she had named through a telescope."

"It was very ambitious to view Pluto and it was very dramatic, and that drama all started in Oxford."