"Your name here"...for those exoplanets 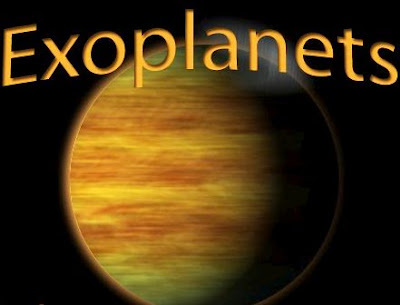 The science of exoplanets, or worlds orbiting distant stars, is arguably the most exciting thing in astronomy today. However, the names of those exoplanets are—no argument here—the dullest. How does Gliese 581g strike you? What about  like 51 Pegasi b or HD209458b? They don’t exactly stick in the mind or roll off the tongue, do they? And while the International Astronomical Union (IAU) formed a committee ten years ago to put real names to these alien worlds, nothing has happened so far.

Alan Stern wants to change that, and not in a timid way, either. What’s wrong with a planet named Michael Jackson, or Baltimore Raven, or Fettucine Alfredo? “Traditionally,” says the Southwest Research Institute planetary scientist, whose New Horizons mission is on track for a 2015 close encounter with Pluto, “planets have been named by guys like me sitting in a room thinking about Greek gods.” It’s time, he says, to democratize the process.

That’s one reason Stern and a team of scientists, educators and businesspeople got together to found the website Uwingu.com, where you can go and, for a mere $4.99, put in a proposal to name one of the more than 700 known exoplanets, or one of the nearly 3,000 “planet candidates” that are almost certainly actual worlds, not to mention one of the literally billions of undiscovered exoplanets that scientists are sure dot the Milky Way. “It’s a huge job,” Stern says. “And people love to name things.”

But snazzing up astronomy textbooks and making people feel good is only part of the idea. Another is to use the nomination fees to finance space research and education. “The government is having spending issues,” says Stern, who, as an ex-NASA Associate Administrator, should know. “I wanted to add another lane to the funding freeway.” The very process of proposing a name, moreover, could be educational. “A teacher could have her science class collaborate on nominating a name,” says Stern. “We want people to think more about astronomy.”

A nomination doesn’t guarantee your name will be accepted, only that it will be thrown into what the site calls a “baby book” of names actual scientists can choose from. People can also visit the site and vote for their favorites among the names already suggested. “Is Lady Gaga more popular than Madonna?” Stern wonders. (The most popular name so far is  the more sedate “Heinlein,” after the 20th-century sci-fi author of The Moon is a Harsh Mistress and many other books).

Even if your name is eventually chosen, Stern and his colleagues and board of directors — the latter includes Geoff Marcy, the world’s most successful exoplanteer and Richard Fienberg, press officer of the American Astronomical Society — don’t want you to think that it’s in any sense official. The IAU has the last word on naming planets, moons, asteroids, comets and even craters (it also has the last word on what qualifies as a planet and what isn’t; Pluto’s demotion to “dwarf planet” status in 2006, which still has Stern fuming, was the IAU’s decision).

Lack of official recognition, however, doesn’t bother Stern a bit. “We don’t need to seek anyone’s approval. If we name hundreds of thousands of planets,” he says, “our database will overwhelm whatever’s been done in the past. This is what people do now. It’s the 21st century.” And if Uwingu proves popular enough, he says, “maybe the IAU will come to us.”

This is just the beginning. Naming planets is just the first of many “products” Uwingu plans to offer. Stern is cagey about what might be coming, but the website suggests there might be astronomy-related apps and other software in the pipeline. “We’ll be releasing more products later this year,” he says. “And I think they’ll be just as exciting.”


Ethical advertising--name a star
Posted by Mercury at 9:47 AM

The IAU does not have the "last word" on anything, including what qualifies as a planet, if enough people decide they don't accept it's decisions. It's hard to understand the notion that scientists would consider an appeal to authority a legitimate argument, when this clearly is not the case. The geophysical planet definition, under which a planet is any non-self-luminous spheroidal body orbiting a star (or that once orbited a star and was subsequently ejected, to account for rogue planets) has as much scientific legitimacy as does the dynamical one, on which the IAU definition is based. In fact, according to the IAU definition, no exoplanet qualifies as a planet because the IAU definition requires a planet to orbit the Sun, not just "a star."