Quirky human activity...we all do it 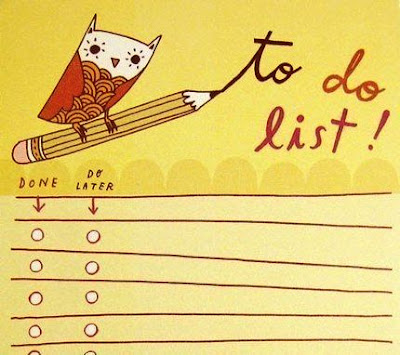 If your daily schedule and email inbox are anything like mine, you’re often left a state of paralysis by the sheer bulk of outstanding tasks weighing on your mind. In this respect, David Allen's book Getting Things Done is a phenomenon. An international best-seller and a personal productivity system known merely as GTD, it’s been hailed as being a “new cult for the info age”.

The heart of the system is a way of organising the things you have to do, based on Allen's experience of working with busy people and helping them to make time for the stuff they really want to do. Ten years after the book was first published in 2001, scientific research caught up with the productivity guru, and it revealed exactly why his system is so popular – and so effective.

The key principle behind GTD is writing down everything that you need to remember, and filing it effectively. This seemingly simple point is based around far more than a simple filing cabinet and a to-do list. Allen's system is like a to-do list in the same way a kitten is like a Bengal Tiger.

“Filing effectively”, in Allen's sense, means a system with three parts: an archive, where you store stuff you might need one day (and can forget until then), a current task list in which everything is stored as an action, and a “tickler file” of 43 folders in which you organise reminders of things to do (43 folders because that's one for the next thirty-one days plus the next 12 months).

The current task list is a special kind of to-do list because all the tasks are defined by the next action you need to take to progress them. This simple idea is remarkably effective in helping resolving the kind of inertia that stops us resolving items on our lists. As an example, try picking a stubborn item from your own to-do list and redefining it until it becomes something that actually involves moving one of your limbs. Something necessary but unexciting like "Organise a new fence for the garden" becomes "ring Marcus and ask who fixed his fence". Or, even better with further specifics on how to move your fingers, "dial 2 626 81 19 and ask Marcus who fixed his fence".

Breaking each task down into its individual actions allows you to convert your work into things you can either physically do, or forget about, happy in the knowledge that it is in the system. Each day you pick up the folder for that day and either action the item, or defer it to another folder for a future day or month. Allen is fanatical on this – he wants people to make a complete system for self-management, something that will do the remembering and monitoring for you, so your mind is freed up.

So what’s the psychology that backs this up? Roy Baumeister and EJ Masicampo at Florida State University were interested in an old phenomenon called the Zeigarnik Effect, which is what psychologists call our mind's tendency to get fixated on unfinished tasks and forget those we’ve completed. You can see the effect in action in a restaurant or bar – you can easily remember a drinks order, but then instantly forget it as soon as you've put the drinks down. I’ve mentioned this effect before when it comes to explaining the psychology behind Tetris.

Back to the GTD system, its key insight is that your attention has a limited capacity – you can only fit so much in your mind at any one time. The GTD archive and reminder system acts as a plan for how you'll do things, releasing the part of your attention that it struggling to hold each item on your to-do list in mind. Rather than remove things from our sight by doing them, Allen, and the research, suggest we merely need to have a good plan of when and how to do them. The mere act of planning how to finish something satisfies the itch that keeps uncompleted tasks in our memory.

Zeigarnik Effect [Wikipedia]
Posted by Mercury at 10:25 AM