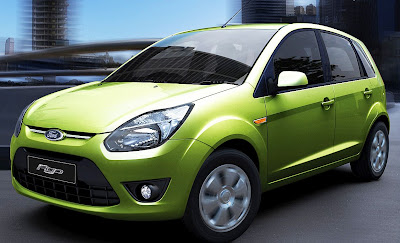 Today in horrible advertising ideas, Ford India plugs the cavernous trunk space of its Figo hatchback by depicting captive women stuffed inside. That’s Silvio Berlusconi in the first image, leering at a troika of half-dressed model types. In the second ad, Paris Hilton seems to have kidnapped the Kardashians, one of whom is inexplicably wearing a bikini and high heels. As Autoblog points out, the campaign—which also features racecar driver Michael Schumacher with bound-and-gagged competitors—is being unveiled just a few days after the Indian parliament passed a major anti-rape law. Nice one, guys. 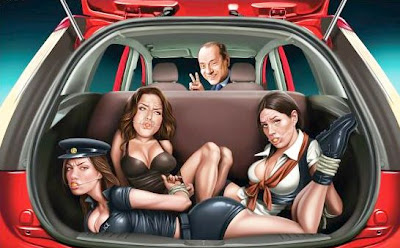 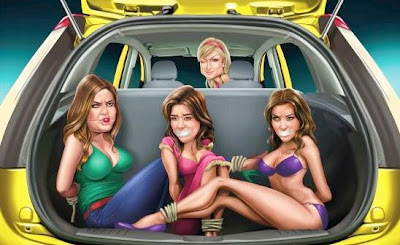