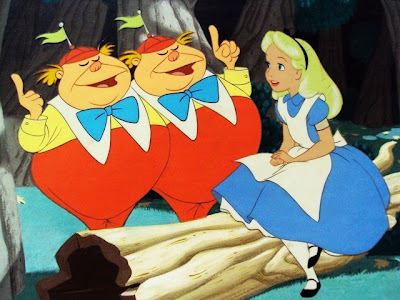 As the way of landline telephones and desktop PCs.

"Disney turns away from hand-drawn animation"

Studio says none of its animation companies are working in the traditional 2D format, and there are no current plans to do so again

Disney, the Hollywood titan which brought the world classics such as Fantasia, Bambi and Snow White and the Seven Dwarfs, has admitted it has no current plans to make hand drawn animated films.

Speaking at an annual shareholder's meeting in Phoenix, Arizona, on Wednesday, chief executive Bob Iger revealed that none of the studio's animation companies was working on 2D, hand-drawn material for the big screen. While Iger did not rule out returning in the future to the style which made the company famous, the long gestation period for Hollywood animated productions means a gap of several years before any new film might emerge.

"To my knowledge we're not developing a 2D or hand-drawn feature animated film right now," said Iger. "There is a fair amount of activity going on in hand-drawn animation but it's largely for television at this point. We're not necessarily ruling out the possibility [of] a feature but there isn't any in development at the company at the moment."
The news will upset fans of traditional hand-drawn animation, who had been cheered by the revival of the form under John Lasseter, the Pixar boss who also became Disney Animation's chief creative officer in 2006. Lasseter told a London audience for a 2009 screening of Bolt (a CGI animation) that he had re-hired many of the animators who were ditched by the previous regime because of the emergence of computer-generated technology in the 1990s.

"Unfortunately 2D became the excuse for poor storytelling," said Lasseter, who pioneered the CGI animation revolution with Toy Story in 1995. "The general consensus was that audiences did not want to watch hand-drawn animated films, which is of course completely ridiculous. The day I stepped in we got in touch with these guys and set about bringing back the artists that Disney had laid off."
The studio subsequently put the hand-drawn animation The Princess and the Frog into production. The traditional musical, based on the Brothers Grimm story the Frog Prince but relocating the action to 1920s New Orleans, was well-reviewed but failed to mirror the astounding success of Pixar at the box office with a middling return of $267m (£178m). Another hand-drawn animation – 2011's Winnie the Pooh – drew praise from critics but pulled in just $33m across the globe. Meanwhile, Disney CGI efforts such as 2009's Bolt and 2010's Tangled grossed $310m and $590m respectively.

It may not all be hard lines for the style that made the studio famous, however. One US blogger covering the news of hand-drawn animation's demise has pointed to rumours that Disney is planning a feature using similar techniques to the Oscar-winning short film Paperman. That film was produced by animators working with computers who were drawing rather than modelling images. The studio's animated film arm is also offering an eight-week intern program specifically in 2D animation this summer.


Something new in animation...Disney's "Paperman"
Posted by Mercury at 7:35 AM