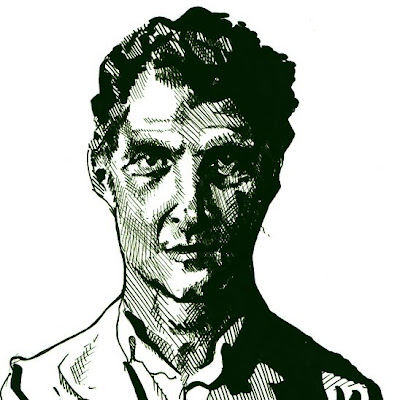 The singular achievement of the controversial early 20th century philosopher Ludwig Wittgenstein was to have discerned the true nature of Western philosophy — what is special about its problems, where they come from, how they should and should not be addressed, and what can and cannot be accomplished by grappling with them. The uniquely insightful answers provided to these meta-questions are what give his treatments of specific issues within the subject — concerning language, experience, knowledge, mathematics, art and religion among them — a power of illumination that cannot be found in the work of others.

Admittedly, few would agree with this rosy assessment — certainly not many professional philosophers. Apart from a small and ignored clique of hard-core supporters the usual view these days is that his writing is self-indulgently obscure and that behind the catchy slogans there is little of intellectual value. But this dismissal disguises what is pretty clearly the real cause of Wittgenstein’s unpopularity within departments of philosophy: namely, his thoroughgoing rejection of the subject as traditionally and currently practiced; his insistence that it can’t give us the kind of knowledge generally regarded as its raison d’être.

Wittgenstein claims that there are no realms of phenomena whose study is the special business of a philosopher, and about which he or she should devise profound a priori theories and sophisticated supporting arguments. There are no startling discoveries to be made of facts, not open to the methods of science, yet accessible “from the armchair” through some blend of intuition, pure reason and conceptual analysis. Indeed the whole idea of a subject that could yield such results is based on confusion and wishful thinking.

This attitude is in stark opposition to the traditional view, which continues to prevail. Philosophy is respected, even exalted, for its promise to provide fundamental insights into the human condition and the ultimate character of the universe, leading to vital conclusions about how we are to arrange our lives. It’s taken for granted that there is deep understanding to be obtained of the nature of consciousness, of how knowledge of the external world is possible, of whether our decisions can be truly free, of the structure of any just society, and so on — and that philosophy’s job is to provide such understanding. Isn’t that why we are so fascinated by it?

If so, then we are duped and bound to be disappointed, says Wittgenstein. For these are mere pseudo-problems, the misbegotten products of linguistic illusion and muddled thinking. So it should be entirely unsurprising that the “philosophy” aiming to solve them has been marked by perennial controversy and lack of decisive progress — by an embarrassing failure, after over 2000 years, to settle any of its central issues. Therefore traditional philosophical theorizing must give way to a painstaking identification of its tempting but misguided presuppositions and an understanding of how we ever came to regard them as legitimate. But in that case, he asks, “[w]here does [our] investigation get its importance from, since it seems only to destroy everything interesting, that is, all that is great and important? (As it were all the buildings, leaving behind only bits of stone and rubble)” — and answers that “(w)hat we are destroying is nothing but houses of cards and we are clearing up the ground of language on which they stand.”

Given this extreme pessimism about the potential of philosophy — perhaps tantamount to a denial that there is such a subject — it is hardly surprising that “Wittgenstein” is uttered with a curl of the lip in most philosophical circles. For who likes to be told that his or her life’s work is confused and pointless? Thus, even Bertrand Russell, his early teacher and enthusiastic supporter, was eventually led to complain peevishly that Wittgenstein seems to have “grown tired of serious thinking and invented a doctrine which would make such an activity unnecessary.”

But what is that notorious doctrine, and can it be defended? We might boil it down to four related claims.

— The first is that traditional philosophy is scientistic: its primary goals, which are to arrive at simple, general principles, to uncover profound explanations, and to correct naïve opinions, are taken from the sciences. And this is undoubtedly the case.

—The second is that the non-empirical (“armchair”) character of philosophical investigation — its focus on conceptual truth — is in tension with those goals.  That’s because our concepts exhibit a highly theory-resistant complexity and variability. They evolved, not for the sake of science and its objectives, but rather in order to cater to the interacting contingencies of our nature, our culture, our environment, our communicative needs and our other purposes.  As a consequence the commitments defining individual concepts are rarely simple or determinate, and differ dramatically from one concept to another. Moreover, it is not possible (as it is within empirical domains) to accommodate superficial complexity by means of simple principles at a more basic (e.g. microscopic) level.

— The third main claim of Wittgenstein’s metaphilosophy — an immediate consequence of the first two — is that traditional philosophy is necessarily pervaded with oversimplification; analogies are unreasonably inflated; exceptions to simple regularities are wrongly dismissed.

— Therefore — the fourth claim — a decent approach to the subject must avoid theory-construction and instead be merely “therapeutic,” confined to exposing the irrational assumptions on which theory-oriented investigations are based and the irrational conclusions to which they lead.

Consider, for instance, the paradigmatically philosophical question: “What is truth?”. This provokes perplexity because, on the one hand, it demands an answer of the form, “Truth is such–and-such,” but on the other hand, despite hundreds of years of looking, no acceptable answer of that kind has ever been found. We’ve tried truth as “correspondence with the facts,” as “provability,” as “practical utility,” and as “stable consensus”; but all turned out to be defective in one way or another — either circular or subject to counterexamples. Reactions to this impasse have included a variety of theoretical proposals.  Some philosophers have been led to deny that there is such a thing as absolute truth. Some have maintained (insisting on one of the above definitions) that although truth exists, it lacks certain features that are ordinarily attributed to it — for example, that the truth may sometimes be impossible to discover. Some have inferred that truth is intrinsically paradoxical and essentially incomprehensible. And others persist in the attempt to devise a definition that will fit all the intuitive data.

But from Wittgenstein’s perspective each of the first three of these strategies rides roughshod over our fundamental convictions about truth, and the fourth is highly unlikely to succeed. Instead we should begin, he thinks, by recognizing (as mentioned above) that our various concepts play very different roles in our cognitive economy and (correspondingly) are governed by defining principles of very different kinds. Therefore, it was always a mistake to extrapolate from the fact that empirical concepts, such as red or magnetic  or alive stand for properties with specifiable underlying natures to the presumption that the notion of truth must stand for some such property as well.

Wittgenstein’s conceptual pluralism positions us to recognize that notion’s idiosyncratic function, and to infer that truth itself will not be reducible to anything more basic. More specifically, we can see that the concept’s function in our cognitive economy is merely to serve as a device of generalization. It enables us to say such things as “Einstein’s last words were true,” and not be stuck with “If Einstein’s last words were that E=mc2, then E=mc2; and if his last words were that nuclear weapons should be banned, then nuclear weapons should be banned; … and so on,” which has the disadvantage of being infinitely long!  Similarly we can use it to say: “We should want our beliefs to be true” (instead of struggling with “We should want that if we believe that E=mc2, then E=mc2; and that if we believe … etc.”). We can see, also, that this sort of utility depends upon nothing more than the fact that the attribution of truth to a statement is obviously equivalent to the statement itself — for example, “It’s true that E=mc2” is equivalent to “E=mc2”. Thus possession of the concept of truth appears to consist in an appreciation of that triviality, rather than a mastery of any explicit definition. The traditional search for such an account (or for some other form of reductive analysis) was a wild-goose chase, a pseudo-problem. Truth emerges as exceptionally unprofound and as exceptionally unmysterious.

This example illustrates the key components of Wittgenstein’s metaphilosophy, and suggests how to flesh them out a little further. Philosophical problems typically arise from the clash between the inevitably idiosyncratic features of special-purpose concepts —true, good, object, person, now, necessary — and the scientistically driven insistence upon uniformity. Moreover, the various kinds of theoretical move designed to resolve such conflicts (forms of skepticism, revisionism, mysterianism and conservative systematization) are not only irrational, but unmotivated.The paradoxes to which they respond should instead be resolved merely by coming to appreciate the mistakes of perverse overgeneralization from which they arose. And the fundamental source of this irrationality is scientism.

As Wittgenstein put it in the “The Blue Book”:


Our craving for generality has [as one] source … our preoccupation with the method of science. I mean the method of reducing the explanation of natural phenomena to the smallest possible number of primitive natural laws; and, in mathematics, of unifying the treatment of different topics by using a generalization. Philosophers constantly see the method of science before their eyes, and are irresistibly tempted to ask and answer in the way science does. This tendency is the real source of metaphysics, and leads the philosopher into complete darkness. I want to say here that it can never be our job to reduce anything to anything, or to explain anything. Philosophy really is “purely descriptive.

These radical ideas are not obviously correct, and may on close scrutiny turn out to be wrong. But they deserve to receive that scrutiny — to be taken much more seriously than they are. Yes, most of us have been interested in philosophy only because of its promise to deliver precisely the sort of theoretical insights that Wittgenstein argues are illusory. But such hopes are no defense against his critique. Besides, if he turns out to be right, satisfaction enough may surely be found in what we still can get — clarity, demystification and truth.

[Paul Horwich is a professor of philosophy at New York University. He is the author of several books, including “Reflections on Meaning,” “Truth-Meaning-Reality,” and most recently, “Wittgenstein’s Metaphilosophy.”] 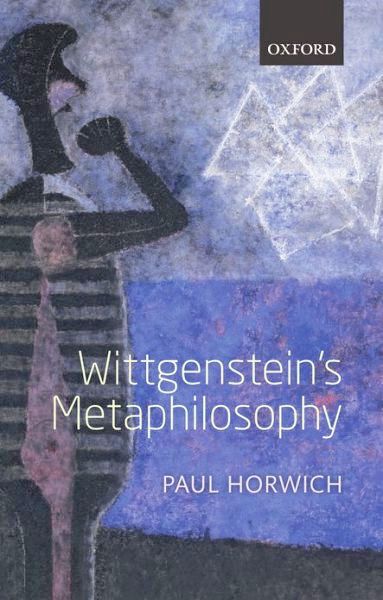