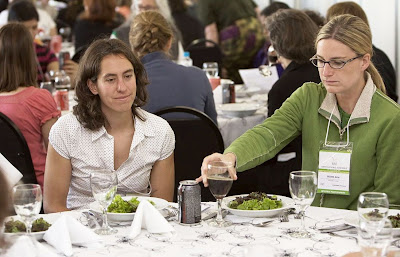 The American Astronomical Society (AAS) today expressed deep concern about the U.S. government's new restrictions on travel and conference attendance for federally funded scientists. Enacted in response to the budget sequestration that went into effect on March 1st, the policies severely limit the ability of many researchers to meet with collaborators and to present their latest results at professional meetings. The leadership of the AAS is especially worried about the restrictions' deleterious effects on scientific productivity and on scientists' and students' careers.

The Office of Management and Budget (OMB) issued a memo on February 27th offering guidance to federal agencies on how to manage the significant reductions in their fiscal-year 2013 budgets mandated by the sequester. In a letter on March 13th, NASA Administrator Charles Bolden described the space agency's response, which caps the number of NASA employees and contractors who can attend domestic conferences and prohibits travel to most international meetings. Because NASA funds the lion's share of astronomy and related sciences, the new restrictions hit members of the AAS and its divisions quite hard.

"We understand the need to live within the limits of the budget sequestration," says Joel Parriott, AAS Director of Public Policy, "but it seems 'pennywise and pound foolish' to respond to a short-term fiscal problem with actions that could further reduce the scientific output of already restrained programs for many years to come."

The full text of the AAS statement, adopted 27 March 2013 by the AAS Executive Committee and the chairs of the six AAS subject-specific divisions, follows:

The American Astronomical Society and its six divisions (Planetary Science, High Energy Astrophysics, Solar Physics, Dynamical Astronomy, Historical Astronomy, and Laboratory Astrophysics) are deeply concerned about the impact of the Administration's new conference travel restrictions on the scientific productivity and careers of researchers who are Federal employees and contractors.

Scientific meetings and conferences are a principal mechanism for researchers, students, and educators to facilitate and strengthen their interaction and collaborations with peers in their field, thereby advancing the state of knowledge in that field. Scientists who are Federal employees or contractors play a critical role in all fields of science and engineering, so the Federal agency mission suffers when they, and any students collaborating with them, are unable to travel to relevant conferences.

In response to guidance from the White House Office of Management and Budget on implementation of the Fiscal Year (FY) 2013 sequestration, many agencies have issued new travel restrictions for employees, contractors, and grantees for the rest of FY 2013. For example, NASA has effectively capped conference attendance at 50 employees and contractors and prohibited all attendance at foreign conferences. Given the mission need for NASA personnel to regularly meet with international collaborators, we believe our international leadership in space will be undermined by this prohibition.

While conferences occurring in the remaining six months of FY 2013 will be severely impacted by these new directives, our deeper concern is the likelihood that the restrictions and reduced conference travel spending will become standard policy going forward. We agree that all government travel expenditures should be subject to vigorous review and oversight, but we urge the Administration to consider carefully the harm that these top-down restrictions could cause the U.S. research enterprise and our international standing.

The American Astronomical Society (AAS), established in 1899 and based in Washington, DC, is the major organization of professional astronomers in North America. Its membership of about 7,500 individuals also includes physicists, mathematicians, geologists, engineers, and others whose research and educational interests lie within the broad spectrum of subjects now comprising contemporary astronomy. The mission of the AAS is to enhance and share humanity's scientific understanding of the universe. Among its many activities, the AAS publishes three of the leading peer-reviewed journals in the field: The Astrophysical Journal, The Astronomical Journal, and Astronomy Education Review.
Posted by Mercury at 11:58 AM