RED FLAG...a sleeper for Walmart in the government 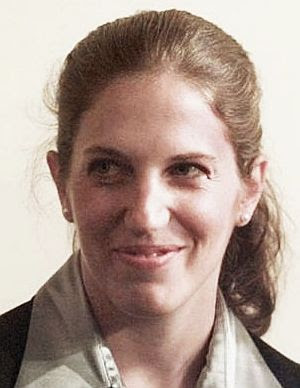 If President Barack Obama goes forward with his nomination of Walmart Foundation head Sylvia Mathews Burwell for director of the Office of Management and Budget, it will be a coup for Walmart and its foundation, where Burwell has used its massive budget to expand Walmart's influence at all levels of government and pave the way for its expansion into towns and cities across America. Unfortunately, it will also be a disaster for America's working families.

The Walmart Foundation is hardly your traditional charity. It exists to advance the company's agenda – silencing dissenters in their rapid urban expansion. It has donated to groups that have gone on the record to support Walmart during its most contentious political disputes, including the ongoing effort to open stores in New York City. And it has even donated directly to municipalities and to groups tied to powerful elected officials.

Here in New York, the company is one of the highest-spending special interests in its effort to open its first New York City store. In 2011, Walmart spent $2.8m on New York state lobbying. It was ranked No 5 on the list of top special interest spenders – money that was spent trying to win favor with elected officials and deploying advertising designed to improve its public image with New Yorkers.

The Walmart Foundation is simply another means by which Walmart can leverage its largesse in order to advance its corporate agenda – and Burwell has been at the helm as the company uses the foundation to deploy millions of dollars to buy silence from erstwhile opposition. Every year, Walmart and the foundation spend millions to influence decision-makers in their efforts to build more Walmarts and shut down competition.

Why does Walmart have to try so hard to simply open a store in the largest metropolitan area in the country? And why is Walmart having this problem repeatedly in big cities and small towns across America? Because voters know the truth: Walmart is bad for local small businesses, and the workers they employ.

When Walmart opens in a new neighborhood, it kills an estimated three local jobs for every two of the poverty-wage jobs it "creates". Just look at what happened in Chicago: Walmart said it would bring hundreds of jobs to the struggling inner city. Instead, it absorbed sales from nearby retail stores. It didn't generate massive new sales tax gains, or additional jobs for struggling residents.

Across the nation, Walmart remains the leading low-wage employer in the United States.

That's right: when you peel back the layers of money and influence, Walmart's donations, and much-hyped American values, are nothing more than a public relations ploy. The reality is that Walmart continues to be the largest private employer in the US – with the highest number of low-wage employees scraping by on public assistance.

The irony is that Walmart's current solution – using its foundation and political donations to throw money at the problem – would be easily solved if, instead of buying its way out of its well-deserved bad reputation, it merely invested meaningfully in its workforce. Walmart can well afford to allow its workers to form a union, pay them living wages, and take on its fair share of healthcare expenses – instead of expecting taxpayers to pick up the tab.

So, before towns and cities roll out the red carpet for Walmart, and before Washington welcomes Sylvia Mathews Burrell with open arms, let's first look beyond this company's public relations campaign. Let's inspect its track record of international bribery, deadly factory fires, divisive politics, and empty promises, and then ask whether Walmart is really the best fit for the country's future.

In choosing Burwell, President Obama has made his priorities clear. Rather than standing with working families, he has chosen someone who has been complicit – and has, in fact, led the way – in ignoring the poverty-level jobs created by Walmart. As head of its foundation, Burwell has instead encouraged the use of Walmart's profits to silence dissent.

Is someone who has become a master of buying and selling a culture of silence what we need in Washington?

Wal-Mart is a controversial firm in Democratic and liberal circles, owing to its low wages and staunch opposition to unionization drives. Then again, there are those, like deputy NEC director Jason Furman, who’ve made the argument that the company lowers prices sufficiently to almost double poor peoples’ effective income, and are a net positive for the worst-off. This exchange between Furman and Wal-Mart critic Barbara Ehrenreich offers a good introduction to the debate.

This could make problems for Burwell, who is not totally divorced from Wal-Mart’s corporate concerns in her current role. The foundation’s holiday giving recipients, for example, were in part chosen in a process starting with nominations from store employees. There have been allegations from liberal critics that the company has used the Walmart Foundation to further Wal-Mart’s business interests. In an article in The Nation, Josh Eidelson and Lee Fang allege that the foundation donated to the NAACP and Brooklyn Borough President Marty Markowitz to sway them to support or stop opposing (respectively) the creation of a Wal-Mart store in Brooklyn. The incident predates Burwell’s appointment to the foundation, and Wal-Mart told Eidelson and Fang that its giving is unrelated to public policy considerations.

Sylvia Mathews Burwell [Wikipedia]
Posted by Mercury at 8:58 AM