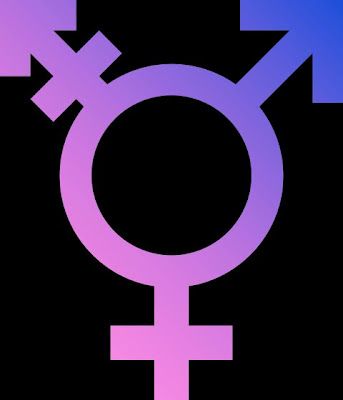 "Dispute on Transgender Rights Unfolds at a Colorado School"

Coy Mathis was born a boy. But after just a few years, biology succumbed to a more powerful force.

A buzz cut grew into long hair. Jeans gave way to pink dresses. And the child’s big cheeks trembled with tears when anyone referred to Coy as male.

Halfway through kindergarten, after consulting with doctors, Coy’s parents informed their child’s school that Coy identified as a girl and should be treated as one — whether that meant using feminine pronouns to describe her or letting Coy wear her favorite dresses.

“It became really clear that it wasn’t just about liking pink or feminine things,” said Kathryn Mathis, Coy’s mother, recounting how Coy had anxiety attacks when people treated her as a boy. “It was that she was trying so hard to show us that she was a girl.”

In December, however, when Coy, 6, was a few months into the first grade, the Mathises angrily pulled her out of school after being told that she could no longer use the girls’ bathroom but could instead use a gender-neutral restroom.

A letter from a lawyer for the Fountain-Fort Carson school district explained that “as Coy grows older and his male genitals develop along with the rest of his body, at least some parents and students are likely to become uncomfortable with his continued use of the girls’ restroom.”

Now, Coy’s case is at the heart of legal dispute that is likely to test Colorado’s anti-discrimination law, which expanded protections for transgender people in 2008.

The case is unfolding in this small town just south of Colorado Springs, as other states across the country seek to clarify their policies relating to transgender students.

It is an issue that has become more commonplace in recent years as advocacy groups push to ensure that school districts are more attuned to the needs of transgender children.

According to the Transgender Legal Defense and Education Fund, which has filed a complaint with Colorado’s civil rights division on the Mathises’ behalf, 16 states and the District of Columbia offer some form of legal protections for transgender people.

In many instances, those protections extend to schools, where the most mundane rituals like going to the bathroom and using a locker room can be especially traumatic for transgender students.

These days, even in states where no protections exist, school districts have become more amenable to meting out a solution when a dispute arises, said Michael D. Silverman, the group’s executive director.

Mr. Silverman cited a recent Kansas case handled by his group, in which a 10-year-old biologically male student wanted to be known by a female name and dress like a girl. The school, he said, ultimately agreed.

“In most cases, when you’re dealing with children this age, nobody is usually fussing about this sort of thing,” Mr. Silverman said. “The schools are much more willing to work with families to ensure that their child is successfully integrated.”

Nonetheless, conflicts over gender identity are, understandably, sensitive territory for administrators, transgender students and their families.

Last month in Batesville, Miss., a group of high school students protested after a transgender classmate was permitted to wear women’s clothing. The students felt that their classmate was being given preferential treatment given the school district’s gender-specific dress code, according to local news reports.

The Massachusetts Department of Elementary and Secondary Education recently issued guidelines on the treatment of transgender students, two years after the legislature passed a law banning discrimination based on gender identity.

The guidelines explain the new law and lay out scenarios that schools might encounter.

“Our primary concern is to make sure that every child has a safe and supportive learning environment,” said Jonathan Considine, a spokesman for the department.

The guidelines point out that deciding how best to handle bathroom access for transgender students can be especially challenging. The department recommended that students be permitted to use bathrooms that conform to the gender they identify with and also suggested that schools create gender-neutral restrooms.

“I have been stunned over the last three years by the explosion of concerns and interest and outreach coming from educational professionals around transgender issues,” said Eliza Byard, the executive director of the Gay, Lesbian and Straight Education Network.

Still, gay and transgender advocates say transgender students, while typically a small minority, are particularly vulnerable to bullying and harassment.

In a 2012 study by Dr. Byard’s organization, many elementary school students reported hearing comments from fellow students about how both boys and girls should act and look.

About a third of teachers surveyed said that elementary school students who did not conform to gender norms would feel uncomfortable at their schools.

The Mathis case has drawn particular attention, advocates said, because Coy is so young and the Colorado school district had clashed with her parents over what was best.

In that case, the state’s civil rights division is looking into whether the district violated Colorado law by prohibiting Coy from using the girls’ bathroom.

A lawyer for the district, Kelly Dude, declined to comment. In recent public statements, the school district criticized the Mathises for widely publicizing Coy’s situation while it was under review and said it had acted “reasonably and fairly” in the matter.

In a letter to Mr. Silverman, Mr. Dude wrote that Coy was allowed to wear girls’ clothing to school and was referred to as female, as the Mathises had requested. Though Coy could no longer use the girls’ restroom at her elementary school, Mr. Dude said she still had access to staff bathrooms and a gender-neutral restroom in the school’s “health room.”

Mr. Silverman countered that the school district was, he said, “punishing a little girl for what may or may not happen down the road.”
At the Mathises’ home along a stretch of rolling hills, Coy’s parents said they were still mystified over what prompted the school district to change its mind, especially because school administrators seemed so supportive at first.

“It didn’t make any sense to me,” said Jeremy Mathis, a stocky Marine veteran and Coy’s father, noting that Coy had made plenty of friends and grown noticeably happier since identifying as a girl.

“This is elementary school, and you’re singling out this one kid and saying she has to use a special bathroom?”

In the meantime, Coy and her sister and brother — they are triplets — are being home-schooled. While torn about it, the Mathises said they would not return them to school until Coy is allowed to use the girls’ bathroom again.

In the backyard, Coy played happily with her bike, dirt dusting her face and her pink, sparkly boots. She said she would rather be back in school with her friends but knows why she is not.

“They’re being mean to me,” she said. “And they’re telling me that I’m a boy when I’m really a girl.”


Genetic mishap and bathroom privileges
Posted by Mercury at 11:31 AM