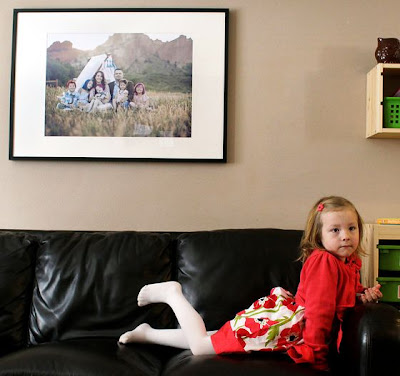 Now the ethics and the well-being of a child will be up to the courts. Things just get more complicated.

The parents of a transgender 6-year-old have filed a complaint with the Colorado Civil Rights Division because Eagleside Elementary School in Fountain banned the first-grader from using the girls' restroom.

The child, Coy Mathis, was born male but identifies as female. She had attended the school since December 2011 before being pulled out by her parents.

"This is significant for both Colorado and nationally," said Michael Silverman, executive director of the Transgender Legal Defense & Education Fund, who is representing the family. "For Colorado, it is the first test of the Colorado Anti-Discrimination Act as related to access to bathrooms by transgender students.

"On a national level, as we see more and more transgender people coming out at younger and younger ages, people will be watching what happens in Colorado."

In November, a Maine state court ruled that a school district did not violate a transgender student's rights under the Maine Human Rights Act when it prohibited her from using the girls' restroom.

Wm. Kelly Dude, the lawyer for Fountain-Fort Carson School District 8, said there are no Colorado cases requiring public schools to permit transgender students to use restrooms of the gender with which they identify.

Transgender identity is a relatively new issue in the nation, so there is little uniformity among school district policies. Some in Colorado, including Boulder Valley Schools, have crafted detailed policies citing the state Anti-Discrimination Act. Others have not.

Boulder's guidelines specifically address restroom accessibility, stating that "students shall have access to the restroom that corresponds to their gender identity consistently asserted at school."

The policy was developed about five years ago because "the district has long been committed to the inclusion of sexual orientation and gender identity," said district spokesman Briggs Gamblin.

Every two years, the district participates in Boulder County's Youth Risk Behavior Survey, which "consistently has found one of the high-risk groups for teen suicide are GLBT (gay, lesbian, bisexual, transgender) or questioning," Gamblin said. "It's critically important that these students feel included — part of the community, not separated from it."

Coy Mathis wears girls' clothing, and students and staff used female pronouns when referring to her. But Fountain-Fort Carson administrators decided over winter break that the child should use the boys' restroom, the staff's restroom or the one in the school nurse's office.

That decision took into account "not only Coy, but other students in the building, their parents and the future impact a boy, with male genitals, using a girls' bathroom would have as Coy grew older," Kelly wrote in a Dec. 28 letter to Silverman.

Dude argued that the district is in compliance with the state Anti-Discrimination Act because "Coy attends class as all other students, is permitted to wear girls' clothes and is referred to as the parents have requested," and was allowed access to single-user restrooms used by employees or gender-neutral restrooms in the school's health room.

Coy's parents, Kathryn and Jeremy, are home-schooling her until the issue is resolved.

The family will appear at a news conference at 11 a.m. Wednesday on the west steps of the state Capitol to announce the filing of the complaint.

"It's important for us to talk about this, because a lot of people have been so afraid to be their true selves for so long," Kathryn Mathis said. "They've known from very young children who they are but were afraid to tell. We want to help create a society where it's OK to be who you are."

She said that as soon as Coy began to talk, she insisted she was a girl, not a boy.

As parents, they were sad and upset when they heard that Coy could no longer use the girls' restroom at school, Kathryn Mathis said.

"This automatically singles her out and stigmatizes her," she said. "It sets her up for future harassing and bullying, and creates an unsafe environment. The school has a wonderful opportunity to teach students that differences are OK, and we should embrace their differences, instead of teaching them to discriminate against someone who is a little different."

Thanks to POSP stringer Tim for making reference to this situation.
Posted by Mercury at 10:01 AM