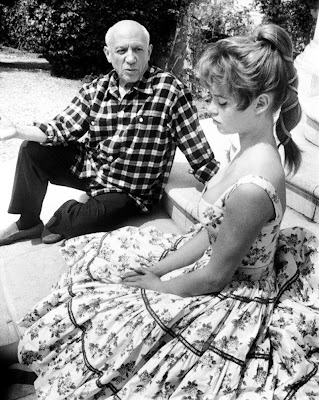 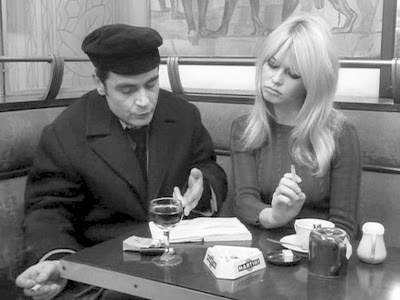 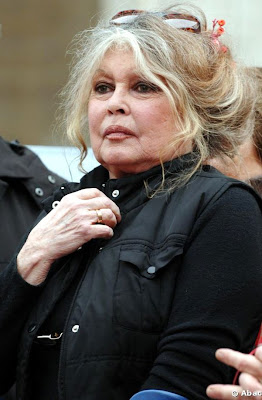 Some choose not to "age gracefully" and employ emoluments, salves, lotions, poisons, surgery, and mechanical devices. Not so Bardot. Live with what you have.

"How Brigitte Bardot got under our skin"

A new film season and a new book explore the appeal of the upper-middle-class French girl Brigitte Bardot who 'couldn’t act’.

"I started out as a lousy actress,” Brigitte Bardot once remarked, “and I have remained one.” There is an opportunity to judge whether Bardot’s brutal self-assessment was fair as a season of her films begins at Ciné Lumière. “And Bardot Became BB” features half a dozen films from the 50 or so that Bardot made in her two-decade career.

Bardot retired from acting in 1973 when she was 39. Since then she has devoted herself to animal rights activism, emerging periodically from semi-retirement to utter controversial obiter dicta which have led to several prosecutions for inciting racial hatred.

Almost worse – by the standards of celebrity, rather than conventional morality — her attitude to her beauty in old age is as insouciant as it was when she was young. Instead of following the approved path for an ageing star of trying to preserve her looks with Botox and surgery, Bardot looks like the 78-year-old she is: a disturbing reminder that even the most glorious sex kitten must eventually wither and fade.

Yet the image of her in her prime remains impregnable. The initials BB are still redolent of a luscious eroticism, and her style of sexy simplicity — the loose blonde hair, ballet flats and gingham frocks that seemed so outrageous in the Fifties, when the regulation uniform for film stars involved mink coats, a permanent wave and diamonds – is perennially modern, still imitated by celebrities, such as Kate Moss and Vanessa Paradis, young enough to be Bardot’s granddaughters.

Ginette Vincendeau, professor of film studies at King’s College London, whose book on Bardot has just been published, argues that the durability of BB’s allure makes her a more interesting cultural phenomenon than better actresses such as Catherine Deneuve or Jeanne Moreau.

Bardot was born in 1934, the daughter of Louis Bardot, a wealthy industrialist, and his wife Anne-Marie. Brigitte and her younger sister, Marie-Jeanne had a conventional upper-middle-class upbringing in the affluent Paris suburb of Passy.

Brigitte studied ballet at the Paris Conservatoire and her mother encouraged her to pursue a modelling career. In 1949, aged 15, she appeared on the cover of Elle magazine. The film director Marc Allégret spotted her and dispatched his assistant, the journalist and photographer Roger Vadim, to invite her to audition for a role. She didn’t get the part, but Vadim noticed a quality far more potent than mere acting ability, and set about developing it.

Bardot remarked that the secret of her success was lucky timing, and the beginning of her career caught the swell of two waves of social change — the rise of mass media in France, and the emergence of a feminist critique of the conventional roles of women.

In 1949, the year of Bardot’s first cover shoot, Simone de Beauvoir (who would later anatomise the Bardot phenomenon in her 1960 essay, Brigitte Bardot and the Lolita Syndrome) published The Second Sex, and the weekly photojournal Paris Match was launched.

Vadim saw to it that Brigitte, still an obscure starlet, appeared twice on the magazine’s cover, in 1951 and 1952, when she was billed as “the new Leslie Caron”. At the end of 1952 the magazine devoted two pages to her wedding to Vadim, under the headline “Brigitte Found Her Husband At Paris Match”.

Already she was becoming famous for being famous, her image adroitly positioned by Vadim, who took her to Cannes and contrived “spontaneous” photo-ops in which Bardot, barefoot with messy hair as though she’d just fallen out of bed, or dressed for the beach in a bikini, made a startling contrast to established stars.

By the time Vadim directed her in And God Created Woman (1956), the film that turned her into a global sensation, Bardot was already the focus of an explosive mixture of fascination and loathing.

Her acting skills had the critics straining for hostile superlatives: “Even when she says “hello” she manages to sound false,” moaned the satirical weekly, Le Canard Enchaîné, while Claude Mauriac (son of the ultra-Catholic novelist, François) attacked Vadim for “complacently exposing the body of his wife”, and Bardot for her “rampant narcissism”.

Not everyone minded so much about the exposing of the body: “Thank God there is Brigitte Bardot, the profile of a Renoir model, the walk of a dancer, an admirable mane,” wrote Jacques Doniol-Valcroze in France Observateur, concluding: “You cannot imagine a more charming and gracious young animal.” The essence of Bardot, however — and the secret, perhaps, of her allure — was that her sex-kitten grace was combined with a bourgeois sense of confidence and entitlement.

Unlike those other heroines of French culture, Edith Piaf and Coco Chanel (who, oddly for the designer who pioneered uncorseted fashion, loathed Bardot’s “make-shift” style), Bardot hadn’t clawed her way up from the streets.

Her provocatively “masculine” attitude towards her own sexuality, and her high-handed approach to her career, was at once subversive, and rooted in the sense of security that comes from a privileged background.

It was a combination that simultaneously attracted and repelled.

Intellectuals such as de Beauvoir and the novelists Marguerite Duras and Françoise Sagan, were fascinated by Bardot’s transgressive candour, while mass audiences couldn’t help being riveted by her extraordinary child-woman sexiness.

When she became the first celebrity model for Marianne, the emblem of the French republic, a provincial mayor refused to marry people beneath her bare-breasted image on the grounds that he couldn’t advocate fidelity under Brigitte Bardot’s gaze.

The highlights of Bardot’s film career are modest by comparison with her celebrity, but Prof Vincendeau argues that her best work — including Marc Allégret’s early comedy, En Effeuillant la Marguerite (1956), and her films with new-wave directors such as Louis Malle (Vie Privée, 1962) and Jean-Luc Godard (Le Mépris, 1963), are eloquent commentaries on celebrity.

The only sadness for British film fans is that Bardot’s magnificent contribution to British filmography, her first English-speaking film, Doctor at Sea (1955) in which she co-starred with Dirk Bogarde as Dr Sparrow, is unaccountably missing from Ciné Lumière’s season. 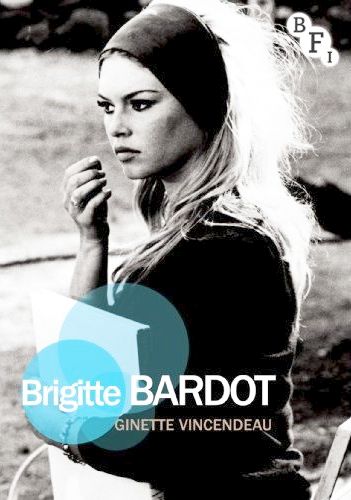 
Everybody Loves My Baby


Here is the only complete film with Bardot that I could find on the Internet. Common opinion has panned the film, but it nevertheless offers the attractive Bardot. It was photographed in London and is spoken in French with English subtitles. [Apparently, Perkins was fluent in French.]

A Soviet spy (Perkins) is on an official mission to obtain sensitive information from NATO about military mobilization. The klutzy intelligence operative has to rely on the instinct of his new partner and love-interest Penelope Lightfeather (Bardot) as they traipse across the countryside, avoiding counter intelligence agents and distrustful communist operatives. 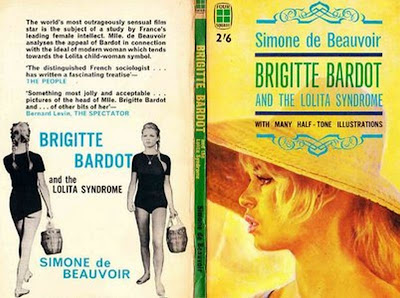 Brigitte Bardot and The Lolita Syndrome

Blonde bombshell Brigitte Bardot was more than just a participant; she triggered change and for a short period became its icon. Always controversial and hotly debated, national obsession and blonde bombshell Bardot led France to a new vision of femininity both on and off screen.
Posted by Mercury at 6:25 PM