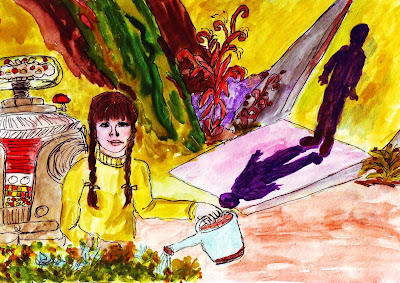 I remember my first introduction to hydroponic farming...Lost in Space. While it may work efficiently for small colonies, what about a large city. We shall see in KC. 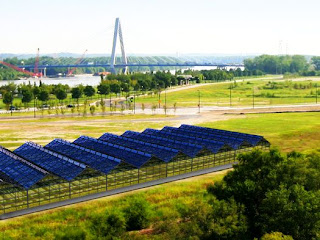 After years of trying to redevelop its downtown riverfront, Kansas City is close to landing its first private investment, a $4 million hydroponic farm expected to grow a million pounds of fresh tomatoes, lettuce and herbs annually.

BrightFarms, a firm that traces its roots to rooftop gardens in New York City, has struck a deal with the Port Authority of Kansas City to build a 100,000-square-foot greenhouse on a 5-acre tract just east of the Heart of America Bridge and next to Berkley Riverfront Park.

A formal announcement is set for Monday at City Hall, but those involved discussed the plan Friday.

“We’re trying to change how the food supply chain works around the country,” said Paul Lightfoot, CEO of BrightFarms. “We wanted to go to markets that are welcoming, and Kansas City stands out as a progressive city. … Everybody has rolled out a redevelopment red carpet.”

The local project is part of the first wave of national ventures by BrightFarms, which began as a nonprofit in 2006. Lightfoot became CEO in 2011 and the first greenhouse operation outside New York recently opened near Philadelphia. The firm also is planning projects in St. Louis, St. Paul, Minn., and the New York borough of Brooklyn.

“BrightFarms will be producing whole and fresh foods crops in an environmentally and logistically friendly way,” Lightfoot said. “This project will serve as the first of many expected announcements.”

The hydroponic farm, which is expected to begin operating this year, also would be the first fruit of a riverfront redevelopment effort that has been pursued by the Port Authority for more than 10 years.

About $12 million has been spent cleaning up a 55-acre area controlled by the authority around Berkley Park, and while a hydroponic farm wasn’t part of the master plan — the area was earmarked for residential development — city and agency officials say it will fit well with the apartments they want to have developed.

“The dominant use will still be residential,” Port Authority executive director Michael Collins said, “but people also are paying attention to commercial uses. We can still have an urban garden and build housing.”

Proponents also believe the hydroponic farm would be a good buffer between the potential residential area along the riverfront and the Heart of America Bridge. The proposed greenhouse site also abuts railroad tracks.

“This spot wasn’t on the Port Authority’s radar because they didn’t think they could develop it,” said Kansas City Councilman Scott Wagner, a proponent of the greenhouse plan.

Lightfoot said the greenhouse will not produce water runoffs or odors and would be a good neighbor for any future homes. He pointed out that BrightFarms got its start with rooftop greenhouses in heavily populated New York.

A final contract for a 10-year lease has not been completed, but the Port Authority and city officials are confident a deal will be reached soon. The greenhouse would create 25 full-time jobs and generate about 100 construction jobs.

It is also expected to produce enough fresh vegetables to feed 5,000 people a year.

Lightfoot said BrightFarms wants to partner with a local supermarket chain to distribute its produce but is still in negotiations. Supermarkets benefit by selling produce that is freshly grown locally, he said. For its part, a long-term contract means BrightFarms has the guaranteed revenues to obtain financing for its plan.

“It’s all about producing produce at the same price, but thousands of miles closer or hours old instead of weeks,” he said. “It’s tastier, fresher and more delicious.”

The plan has strong support from political leaders who say it will benefit Kansas City economically and nutritionally.

“The 1 million pounds of food that will be produced at this BrightFarms location will allow our region to take a major step toward ecological sustainability,” said Missouri Sen. Jason Holsman, a Democrat from Kansas City.

He was joined by Mayor Sly James and U.S. Rep. Emanuel Cleaver II in endorsing the BrightFarms plan.

“This farm advances the sustainable redevelopment of our riverfront, our city and our community, creating green-collar jobs and bolstering our local economy,” Cleaver said.

Collins said the Port Authority will be making infrastructure improvements to assist the project, including truck access and electrical service, but no incentives are being offered.

The project is within a redevelopment area established by the Land Clearance for Redevelopment Authority and could apply for a property tax abatement from that agency.