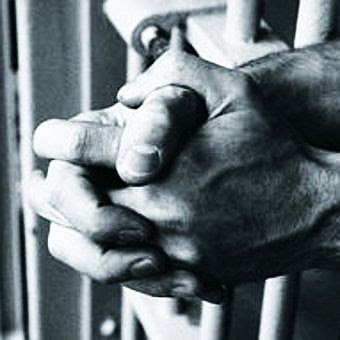 In 1996, noted criminologist Jewel asked a question that has long haunted those hoodlums prone to pondering the existential consequences of their actions: “Who will save your souls after those lies that you told, boy?” For generations of American crooks, the answer has been “religious do-gooders.” As a 2006 Federal Bureau of Prisons report put it, “faith groups have become involved in offering formal programs within prison to bring about not only the spiritual salvation of the inmates but their rehabilitation in the profane world as well.” The idea is that spiritual rebirth may help tame the criminal impulse, and set wild hearts on the straight and narrow.

Maybe not. A new study in the academic journal Theoretical Criminology (hat tip to the Vancouver Sun) suggests that, far from causing offenders to repent of their sins, religious instruction might actually encourage crime. The authors surveyed 48 “hardcore street offenders” in and around Atlanta, in hopes of determining what effect, if any, religion has on their behavior. While the vast majority of those surveyed (45 out of 48 people) claimed to be religious, the authors found that the interviewees “seemed to go out of their way to reconcile their belief in God with their serious predatory offending. They frequently employed elaborate and creative rationalizations in the process and actively exploit religious doctrine to justify their crimes.”

First of all, many interviewees had only a vague notion of the central tenets of their faiths. Take, for example, an 18-year-old robber whose “street name” was Que:

Que: I believe in God and the Bible and stuff. I believe in Christmas, and uh, you know the commitments and what not.

Int: You mean the Commandments?

Que: Yeah that. I believe in that.

Int: Can you name any of them?

Often, the authors found, these knowledge gaps were self-serving. “God has to forgive everyone, even if they don’t believe in him,” insisted one 33-year-old enforcer for a drug gang, with a vested interest in avoiding damnation for the murders he had committed. A 23-year-old robber called Young Stunna suggested that the circumstances of his upbringing would absolve him of his crimes: “Jesus knows I ain’t have no choice, you know? He know I got a decent heart. He know I’m stuck in the hood and just doing what I gotta do to survive.”

Indeed, many of those surveyed used their understandings of faith to justify their own criminal behavior. A 25-year-old drug dealer called Cool suggested that God doesn’t mind when you do bad things to bad people:


Also another thing is this; if you doing some wrong to another bad person, like if I go rob a dope dealer or a molester or something, then it don’t count against me because it’s like I’m giving punishment to them for Jesus. That’s God’s will. Oh you molested some kids? Well now I’m [God] sending Cool over your house to get your ass.

In the end, the authors found, “there is reason to believe that these rationalizations and justifications may play a criminogenic role in their decision making.”

A couple points. First, this is a really small sample size, and it’s possible that if the authors had surveyed more people over a broader geographical area, their results would have been different. Second, as the authors themselves acknowledge, criminals certainly aren’t the only ones who tend to misunderstand religious teachings, or to contort them for their own benefit. Granted, there aren’t usually violent consequences when your Aunt Sue misunderstands something in the Bible; the worst that happens is that she’s just a little more unbearable at Thanksgiving dinner. But, still, the Theoretical Criminology study shouldn’t be interpreted as conclusive evidence that faith-based outreach and rehabilitation programs are worthless.

But the point is, neither is there conclusive evidence that religion on its own actually helps rehabilitate criminals. This becomes a policy question when we’re talking about prisons. As that Bureau of Prisons report put it, while “religious programs in the correctional setting have been the single most common form of institutional programming for inmates,” nobody really knows whether those programs are effective. There’s not much good data. People tend to use tautological arguments to support religion-based rehabilitation programs. That’s not good enough. If we’re going to talk about whether religion helps rehabilitate criminals, we need to insist on data. Don’t just take it on faith.
Posted by Mercury at 12:12 PM