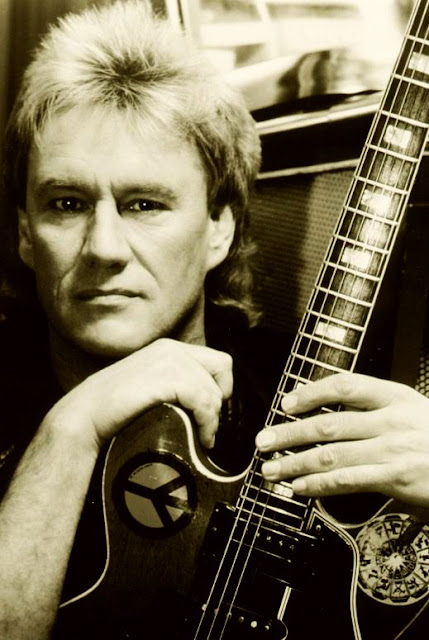 Alvin Lee, whose fire-fingered guitar playing drove the British blues-rock band Ten Years After to stardom in the 1960s and early ’70s, died on Wednesday in Spain. He was 68.

He died “after unforeseen complications following a routine surgical procedure,” according to a brief post by family members on his Web site. His manager, Ron Rainey, said that Mr. Lee had been living in southern Spain for some time.

Mr. Lee was not as well known as other emerging British guitar stars of the era, including Eric Clapton, Jimmy Page, Jeff Beck and perhaps even Albert Lee, with whom he was occasionally confused (and with whom he once recorded alongside Jerry Lee Lewis). But he was among the nimblest when it came to musicianship.

On his Gibson ES-335 Mr. Lee could shift instantly from speedy single-string leads to rhythmic riffs while doing his best to sing like his American blues heroes. He grew up listening to his father’s Big Bill Broonzy and Lonnie Johnson records in Nottingham, England.

Ten Years After attracted a following during its first tour of the United States, in 1968, and the band would tour the country many more times through the early ’70s, known less for hit songs than for extended jams.

“The strange thing was we had gone to what I considered to be the home of the blues, but they’d never heard of most of them, and I couldn’t believe it — ‘Big Bill who?’ ” Mr. Lee recalled in a 2003 interview with Classic Rock magazine. “We were recycling American music and they were calling it the English sound.”
The live album “Undead,” released in 1968, captured the tight sound and feel of the band’s shows in smaller performance spaces, and its success helped put the band on bigger stages. Ten Years After played at the Woodstock festival in August 1969, and its climactic song, a version of the band’s signature blues vamp, “I’m Going Home,” was included in both the movie “Woodstock” and the accompanying album.

More successful tours and albums followed, including “Cricklewood Green” and “Watt.” Then, during a break in 1971 intended to provide time for musical exploration, Mr. Lee wrote the band’s only Top 40 hit, “I’d Love to Change the World.” The song’s more commercial sound was a departure, and Mr. Lee later said he was not sure it had been a wise one.

“I hated it because it was a hit,” he said in 2003. “By then I was rebelling, and I never played it live. To me it was a pop song.”
By the mid-’70s Ten Years After had disbanded and Mr. Lee was pursuing other genres. He even recorded an album, “On the Road to Freedom,” with a gospel singer, Mylon LeFevre, accompanied by George Harrison, Ron Wood, Steve Winwood and other big names. By the end of the decade he was touring as a solo act and at one point put together a band he called Ten Years Later.

Ten Years After regrouped in 1983 and Mr. Lee played with the band off and on until 2003. After that, it continued to tour and record with a new guitarist, Joe Gooch.

Alvin Lee was born on Dec. 19, 1944, in Nottingham, and began playing guitar at age 13. Two years later he was performing with the bassist Leo Lyons, and by the 1960s they were playing in a band called the Jaybirds in small clubs in England and Germany. The band changed its name to Ten Years After in 1967.

The name was a homage to the emergence of Elvis Presley about a decade earlier. In 2004 Mr. Lee recorded a solo album, “In Tennessee,” with the guitarist Scotty Moore and the drummer D. J. Fontana, who had both worked with Presley in his early years. Mr. Lee’s most recent album, “Still on the Road to Freedom,” came out in the fall.

Ten Years After [Wikipedia]
Posted by Mercury at 9:32 AM