USC rakes in the bucks on patents 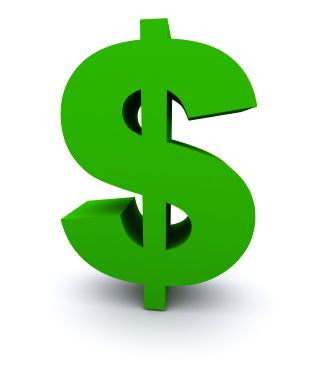 Shouldn't the people who did the research share in the proceeds?

Daily Trojan
The amount of money the university received from patent licenses, as well as the number of patents issued to USC, increased substantially from the 2009 to the 2010 fiscal year.

Licensing revenue nearly tripled from 2009 to 2010 from around $4.5 million to $12.3 million, while the number of United States patents issued to the university increased from 43 to 58.

The USC Stevens Institute for Innovation, which is in charge of managing the university’s intellectual property, attributes the increase in patents and patent revenue to a growing focus on specialization.

The Stevens Institute for Innovation has encouraged faculty members to focus their knowledge on particular fields of study, according to Ian Murphy, director of communications for the institute.

“Within the past year, we’ve dedicated industry teams, like a life sciences team, in which people who work under that licensing area have a deep background and have commercialized companies and products in that particular field,” Murphy said. “These people are uniquely qualified to work in that certain field because they have the interest and expertise to work on a project for long amounts of time.”

Direct methanol fuel cells, which were invented by a USC Loker Hydrocarbon Research Institute team and have the capability to generate clean and efficient energy from methanol, are an example of a patent the university added within the last year. The technology has since been licensed out to other institutions, such as SFC Energy Inc., a German manufacturer of methanol fuel cells for automobiles.

“Direct methanol fuel technology had been in the works [at USC] for several years and the technology has incredible applications for something like recreational vehicles, because it’s very clean and off the grid,” Murphy said. “The fuel cells would allow you to park your vehicle, and then use these battery-style direct methanol fuel cells to power your kitchen and lights and other thing without hurting the environment.”

The Stevens Institute for Innovation also offers services and advice for students wishing to patent their ideas or innovations, Murphy said.

“Students wishing to patent their ideas can go to the legal office hours of a patent attorney on campus, which would allow them to consult with an attorney and decide the best way to pursue a particular idea,” Murphy said.

The Stevens Institute for Innovation also holds the annual USC Student Innovator Showcase and Competition, where student innovators pitch ideas for new innovations in several different disciplines, such as cinematic arts, information technology and life sciences. The event is designed to encourage student innovation and entrepreneurship.

Judges for the showcase award cash prizes to the most innovative and most business-savvy ideas.

Sonic Edge, an device that implements ultrasound smart-sensors with disposable surgical tools such as needles, was named most innovative at the 2011 Student Innovator Showcase, held Oct. 28.
Posted by Mercury at 2:13 PM