Grab your moderately powerful telescope...asteroid 2005 YU55 will be nearby 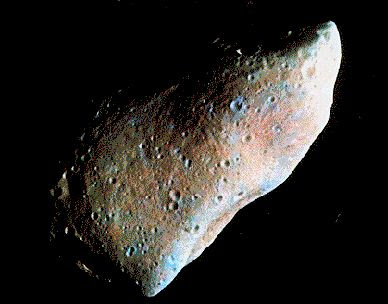 "Giant Asteroid to Buzz Earth Tuesday; When and How to See It"

National Geographic
An asteroid the size of an aircraft carrier will make a close pass by Earth tomorrow, and astronomers worldwide are ready and waiting to catch the sky show.

The last time an asteroid this big approached so close to Earth was in 1976.

This asteroid will be so close, in fact, that amateur astronomers—especially those in North America and western Europe—will be able to see it with moderately powerful telescopes.

The asteroid will streak eastward across several constellations, from Aquila to Pegasus, in just under ten hours.

"If you have a mirror telescope, you'll need a mirror that's bigger than about 6 inches [15.2 centimeters] to see it," said Jon Giorgini, a senior analyst with the Solar System Dynamics Group at NASA's Jet Propulsion Laboratory in Pasadena, California.

But 2005 YU55 will be "moving pretty rapidly, so you'll need a faster than usual motor to keep up."

Asteroid Flyby a Boon to Astronomers

Professional astronomers have also been interested in 2005 YU55 since it was discovered nearly six years ago by Robert McMillan, using the Spacewatch telescope at Steward Observatory in Arizona.

Until now, however, the relatively dark asteroid has been too far away for astronomers to gather much data.

"It's also a very dark object—it only reflects a little less than 10 percent of the light" from the sun.

To take advantage of the close flyby, NASA scientists have been tracking the asteroid with the agency's Deep Space Network in Goldstone, California, since November 4. The giant radio telescope at Arecibo Observatory in Puerto Rico will also begin following the asteroid on November 8.

"[Scientists] are going to be studying it thermally to try and figure out how it radiates heat, which will tell them something about the material properties of the asteroid," Giorgini explained.

"We're also going to be looking at it with radar, and that's going to tell us about its shape and the way it spins," he said.

"We'll then be able to combine all this information together to get a good idea of what this object might be made of and how it's constructed."

Near-Earth Asteroid Not a Threat

The asteroid's orbit takes it into the vicinity of Earth regularly, but the planet isn't in imminent danger: The 2011 approach will be the closest for at least 200 years, scientists say.

While it's possible that a manned mission might one day visit 2005 YU55 during one of its near-Earth approaches, there are better candidates—such as the near-Earth asteroid 2000 EA14—that are easier to reach, Giorgini said.

"When you're planning a manned mission, you want something that takes the least amount of energy, and this takes just a tiny bit more than other objects."

While there is no danger of collision whatsoever this time around astronomers will use this unique opportunity to study the space rock up close using professional telescopes. Backyard stargazers can also keep watch if they have at least a mid-sized 6 to 8 inch telescope.

According to Sky and Telescope magazine, expectations are that it will shine at about 11.1 magnitude – which is 100 times fainter than the faintest star the human eye can see. The asteroid will be going at a quick pace through the overhead sky, buzzing through nearly the half of the overhead evening sky – from constellations Aquila to Pegasus – in no more than 10 hours. That’s so fast that you can watch it chug along in real time as it appears to traverse the entire field of view a low power eyepiece of a telescope in about 5 minutes. That is crazy quick when it comes to observing moving celestial objects.
Posted by Mercury at 3:06 PM