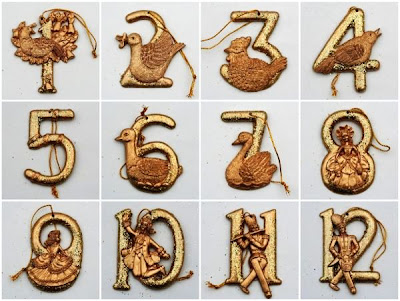 MarketWatch, Inc.
A sluggish economy coupled with weak demand has kept the 2011 PNC Christmas Price Index® (PNC CPI) to a moderate gain of 3.5 percent in the whimsical economic analysis by PNC Wealth Management based on the gifts in the holiday classic, "The Twelve Days of Christmas."

As part of its annual tradition, PNC Wealth Management also tabulates the "True Cost of Christmas," which is the total cost of items gifted by a True Love who repeats all of the song's verses. This holiday season is the most expensive year ever: very generous True Loves have to fork over $101,119.84 for all 364 gifts, a 4.4 percent increase compared to last year.

"As the economy continues to struggle, we are seeing weakness in some areas of demand within the Index," said James Dunigan, managing executive of investments for PNC Wealth Management. "That is illustrated in the costs of the Five Gold Rings. While gold commodity prices are at or near record highs, the demand for retail gold is waning, and thus our Five Gold Rings actually dropped by 0.8 percent this year."

Although the economic trends affect both indexes, this year the PNC CPI's increase is exceptionally close to the government's Consumer Price Index, which grew 3.9 percent over the last 12 months.

"Typically we see parallels between our Index and the Federal government's," Dunigan said. "Last year was an aberration. Let's keep in mind that we are talking about a small basket of goods and services here compared to the Consumer Price Index."

Much like the government's CPI, the PNC CPI also measures a Core Index - up a mere 0.7 percent this year - that excludes the Swans. The increase, however, is within the Federal Reserve's comfort range to maintain low interest rates. The core Consumer Price Index, currently at 2.0 percent, excludes volatile food and energy costs and is generally lower than the headline figure.

The price of the Seven Swans-a-Swimming, which typically provides the biggest swings from year to year in the PNC CPI, based on supply and demand, rose by 12.5 percent, almost double last year's rise of 6.7 percent, to $6,300. That was the biggest dollar increase this year, up $700, a 12.5 percent boost.

Among the 12 gifts in the PNC CPI, four items (Three French Hens, Eight Maids-a-Milking, Nine Ladies Dancing, and 10 Lords-a-Leaping) were the same price as last year. Merchants may maintain their prices to attract reluctant buyers.

Brakes Applied for the Milkmaids

As the only unskilled laborers in the PNC CPI, the price for the eight Maids-a-Milking is represented with the minimum wage. They received no increase in pay in 2011 as the Federal minimum wage did not rise for the second straight year. With the minimum wage flat at $7.25 per hour, hiring the maids this year will not increase labor costs.

After significant increases last year, prices for the birds were more moderate in this year's Index, in part due to the lack of demand for certain feathered friends that amplified several prices last year. The cost of feed as well as availability sent The Two Turtle Doves soaring 25.0 percent (still weaker than the 78.6 percent in 2010) to $125 but the Three French Hens stayed even at $150. The Partridge increased 14.2 percent to a still affordable $15, although its home, the Pear Tree, increased 13.3 percent to $169.99, bucking the national trend of declining house prices. Perhaps Federal Reserve Chairman Ben Bernanke will see this as a signal that stronger housing prices are coming back.

As a contrast, the Four Calling Birds dropped in price by 13.3 percent, to $519.96. One way to have the birds fly off the shelves is to lower prices enticing shoppers to spend.

The PNC CPI's sources include retailers, the National Aviary in Pittsburgh and the Philadelphia-based Philadanco and Pennsylvania Ballet Company.

Cyber Prices: The Cost of Convenience Full Steam Ahead

For those True Loves who prefer the convenience of shopping online, PNC Wealth Management calculates the cost of "The Twelve Days of Christmas" gifts purchased on the Internet.

This year, the trends identified in the traditional index are repeated in the Internet version. True Loves will pay a grand total of $39,860 to buy the items online. That is a 16.1 percent more expensive than last year and almost $16,000 more than this year's traditional index.

"In general, Internet prices are higher than their non-Internet counterparts because of premium shipping costs for birds and the convenience factor of shopping online," Dunigan said.
Posted by Mercury at 2:58 PM

Email ThisBlogThis!Share to TwitterShare to FacebookShare to Pinterest
Labels: "The Twelve Days of Christmas" price index