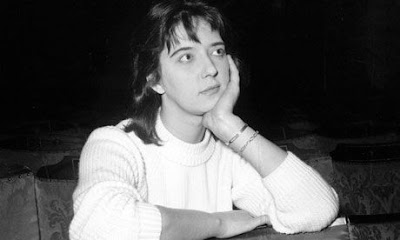 Feisty playwright best known for her ground-breaking debut, A Taste of Honey

guardian.co.uk
Shelagh Delaney was 18 when she wrote A Taste of Honey, one of the defining plays of the 1950s working-class and feminist cultural movements. The play's group of dysfunctional characters, utterly alien to the prevailing middle-class "anyone for tennis?" school of theatre, each explored their chances of attaining a glimpse of happiness. The central character, a young girl named Jo, lives in a decrepit flat in Salford with her mother, who is apt to wander off in pursuit of men with money. Jo becomes pregnant by a black sailor and is cared for by Geoffrey, a young gay friend, until her mother ousts him in what could be a burst of suppressed maternal love or a display of jealous control-freakery.

Delaney, who has died of cancer aged 71, had to endure harsh criticism for her attack on the orthodoxies of the period. Her play was innovative in breaking several taboos discreetly observed by the likes of Noël Coward and Terence Rattigan, in whose dramas working-class characters generally appeared as chirpy subsidiaries and who mostly presented women as either madonnas or sluts. A Taste of Honey showed working-class women from a working-class woman's point of view, had a gay man as a central and sympathetic figure, and a black character who was neither idealised nor a racial stereotype.

The play opened on 27 May 1958, at the Theatre Royal Stratford East, in London, where its success owed a great deal to Joan Littlewood, who did much to mother both playwright and play. In Salford, where Delaney was born, the council fumed that the portrayal was an insult to the town — but when it became a runaway success, and Delaney a national celebrity, she was asked for her manuscript copy for its library. The feisty Delaney, who disliked being called a "six-footer" (she was 5ft 11in) called them hypocrites, and gave the original script to Littlewood instead.

A Taste of Honey moved to the Wyndham's theatre, in the West End, in 1959. Delaney received the Charles Henry Foyle award for best new play and an Arts Council England bursary. In the same year, she sold the film rights for £20,000, then a considerable sum. The film, which she scripted with the director Tony Richardson, and which starred Rita Tushingham as Jo, Dora Bryan as her mother and Murray Melvin as Geoffrey, was released in 1961. It won four Bafta awards, including best British screenplay and best British film. Tushingham won a Bafta for best newcomer and received an award at Cannes, as did Melvin.

Delaney was firmly launched on a playwright's career, but her subsequent work never achieved an impact as great as her groundbreaking debut. The familiar difficulty of writing a second hit bore down especially hard on her, not least because her first play had succeeded due to its apparent unselfconscious spontaneity. High expectations were disappointed with The Lion in Love, which was produced in 1960 at the Belgrade theatre, in Coventry, and transferred to the Royal Court in London later that year.

Conservative critics such as WA Darlington did not like this portrayal of another northern family: a hard-drinking mother, a husband lacking the courage to leave her and a son choosing to quit home for Australia. However, a new breed of critics represented by Bernard Levin were more encouraging. "The fact is, Miss Delaney is not only a shrewd and penetrating observer; she is a very delicate artist," wrote Levin.

Delaney's background made A Taste of Honey and The Lion in Love autobiographical, at least in spirit. She had Irish grandparents, one of them an ardent socialist. Her father was a bus inspector and an avid reader and storyteller. He would recount with flair his experiences in the Lancashire Fusiliers in north Africa.

Among the most vivid experiences of Delaney's childhood were going to the Salford Hippodrome and to the cinema, sometimes three times a week. She attended three primary schools, failed the 11-plus and attended secondary school in Broughton, Lancashire, where the headteacher encouraged her to watch the school production of Othello. She was 12 and had already realised that she could write better than the other pupils in the class. Her interest in drama waxed as her interest in school work waned. She made three half-hearted attempts to transfer to the local grammar school but got there only at the age of 15. She left at 17 and had little interest in studying to be a teacher, the most realistic career path on offer. Instead, she took dead-end jobs as a clerk in a milk depot, a shop assistant, an usherette at Manchester opera house and a worker in the research photography department of the electrical engineering company Metropolitan-Vickers.

A Taste of Honey began as a novel but Delaney, as she later admitted, was soon too busy going out dancing and socialising to produce an 80,000-word book. A play seemed better attuned to her impulsive talent, and when she saw Rattigan's Variations On a Theme on tour, she thought she could do better. She took a fortnight off and wrote A Taste of Honey.

Her subsequent career was mercurial and chequered. In 1960 A Taste of Honey opened on Broadway in New York – with Joan Plowright as Jo and Angela Lansbury as her mother – and ran for almost a year, with Plowright winning a Tony award for her performance. In the UK, the short BBC Monitor documentary Shelagh Delaney's Salford, directed by Ken Russell, profiled the author in her home town.

In 1963, a book of her short stories, Sweetly Sings the Donkey, was published. Gradually she began to move towards films and television rather than the stage, a transition which she said was fine when it worked – but it often didn't. Her screenplay for Lindsay Anderson's film The White Bus (1967) dealt with an enigmatic young girl from the north who retreats from her disastrous office life in London to view her home town as a visitor on a sightseeing bus. She also wrote Charlie Bubbles (1967), starring Albert Finney – who also directed – as a writer running out of material and behaving in obsessive and destructive ways; the film became something of a cult movie in its quietly bizarre way. Her television plays in the 1970s included Did Your Nanny Come from Bergen?, St Martin's Summer and The House That Jack Built, a six-parter for the BBC in 1977 that was subsequently staged in New York.

She continued to write new material, including the radio plays So Does the Nightingale (1980) and Don't Worry About Matilda (1983), but her earlier work continued to gain greater attention. Lines from A Taste of Honey were adopted in lyrics by the Smiths and she featured on the cover of the group's 1987 single Girlfriend in a Coma. A Taste of Honey was revived by the Roundabout theatre company in New York in 1981 with a Tony-nominated Amanda Plummer as Jo.

Delaney had a new success with her screenplay for Dance With a Stranger (1985), based on the life of Ruth Ellis, who was hanged in 1955 for shooting her lover. The film was directed by Mike Newell and starred Miranda Richardson as Ellis. Delaney's subsequent work included the films Three Days in August (1992) and The Railway Station Man (1992) and the radio plays Tell Me a Film (2003) and Country Life (2004). She was made a fellow of the Royal Society of Literature in 1985.

Delaney is survived by her daughter, Charlotte, and her grandchildren, Max, Gable and Rosa.

A Taste of Honey [Wikipedia] 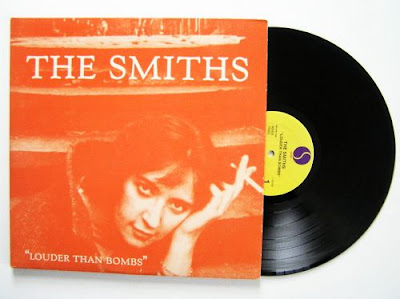 Email ThisBlogThis!Share to TwitterShare to FacebookShare to Pinterest
Labels: "A Taste of Honey", Shelagh Delaney